No allocation for permanent structure on Coastal Road site – LASG 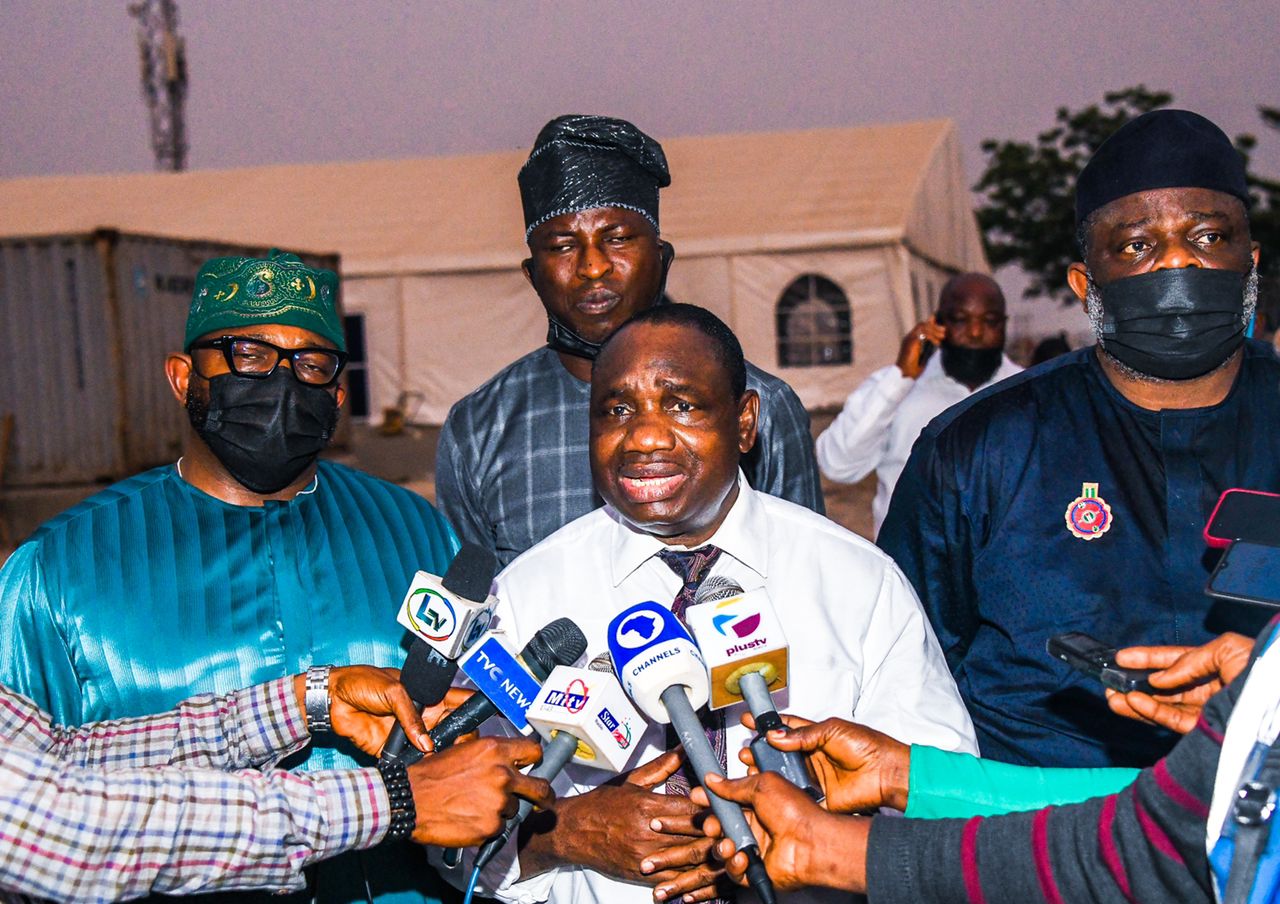 *No allocation for permanent structure on Coastal Road site – LASG*

Lagos State Government has debunked insinuations that it is allocating land for permanent structures on on the Lekki/Epe Coastal Road in Eti-Osa Local Government Area to private developers.

It said the State Government only allowed temporary structures on the land pending when construction will begin on the Coastal Road to prevent people from turning the land into shanties that constitute security threats.

There have been allegations in some quarters that the Lagos State Government has sold the land or given approval for people to build on it.

But Lagos State Commissioner for Information and Strategy, Mr. Gbenga Omotoso, while speaking to journalists at the site on Thursday, assured the people that Lagos State Government is not allocating it for development of permanent structures on the Coastal Road alignment.

Omotoso, who was accompanied by the Lagos State Commissioner for Physical Planning and Urban Development, Dr. Idris Salako, and other government officials during the visit to the site, said the outcry and agitations were legitimate.

Omotoso, however, said the government allowed temporary structures on the land to prevent miscreants from occupying it.

He said: “There have been allegations that the government has been allocating the land to people for some other uses. I will like to put it on record that there has been no allocation of land here. What we have done is to permit people to use this place temporarily.

“Nobody is permitted to build any permanent structure here; what you see here are temporary structures. Anytime we need to continue work on the Coastal Road, the work will continue. Nobody has any permission to build something that is permanent here.

“There have been legitimate complaints and anxiety. But compared to the first space we visited which has been taken over by miscreants – they had been sent packing before – this place is free of miscreants. The government will however not allow them to continue there.

“So, for us to keep the security of this environment, we allowed people who can use this place as a temporary base. We have permitted certain people to build temporary structures here as long as they will use the space for good causes. We don’t want shanties to grow like mushrooms here. We don’t want people whose character and nature we do not know to take over the land.

“So it is not true that government is allocating the land to people permanently; what they are doing here is temporary and it is going to be temporary until it is time to build the Coastal Road and everything there will be removed.”