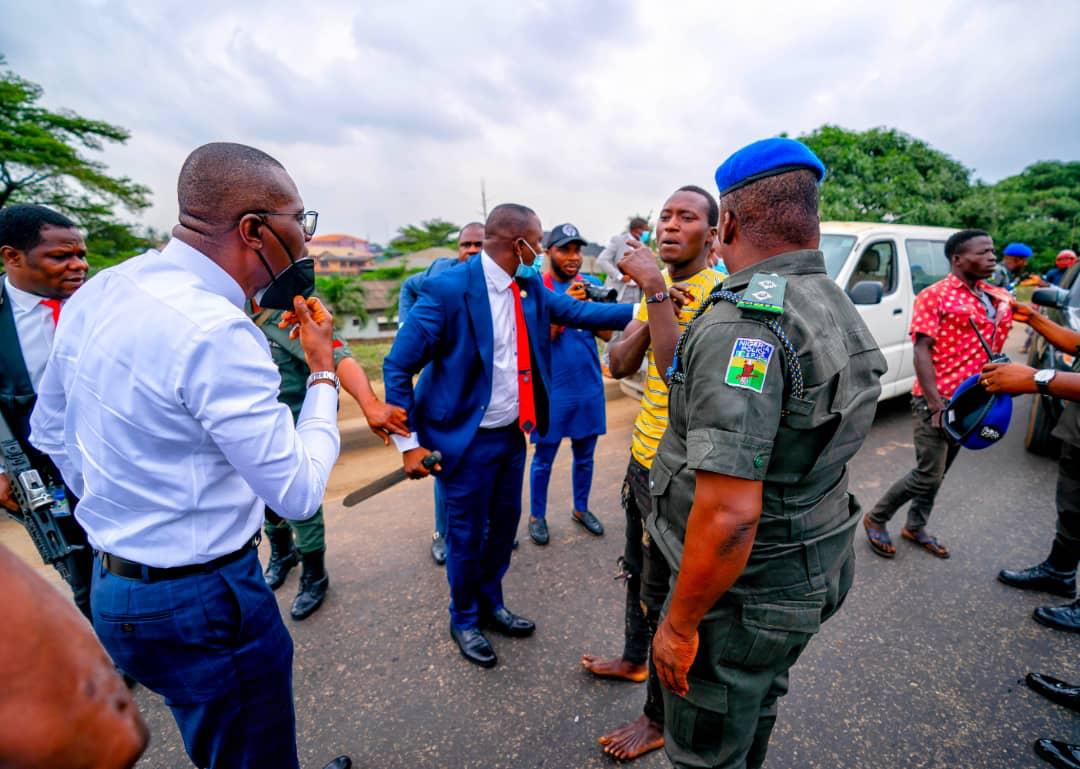 The war against criminality in Lagos State has gone a notch higher as the State Governor, Mr. Babajide Sanwo-Olu, personally arrested a gang of suspected criminals, which specialises in harassing motorists and road users in traffic. 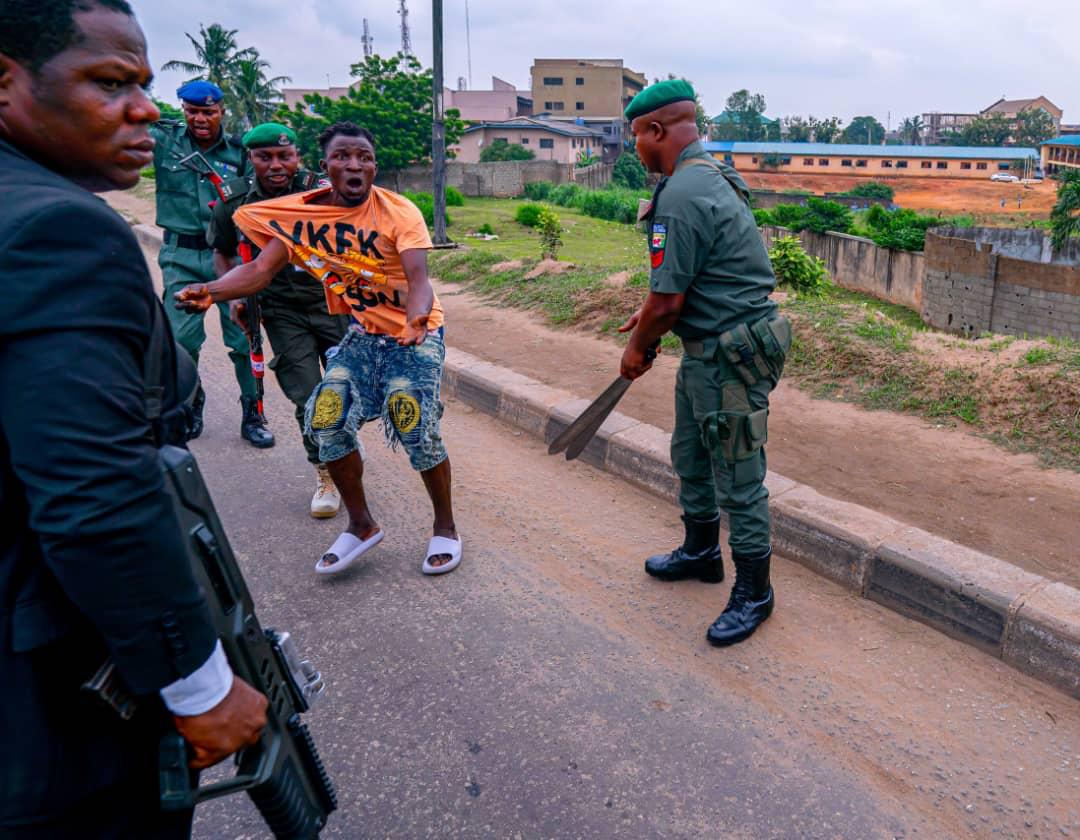 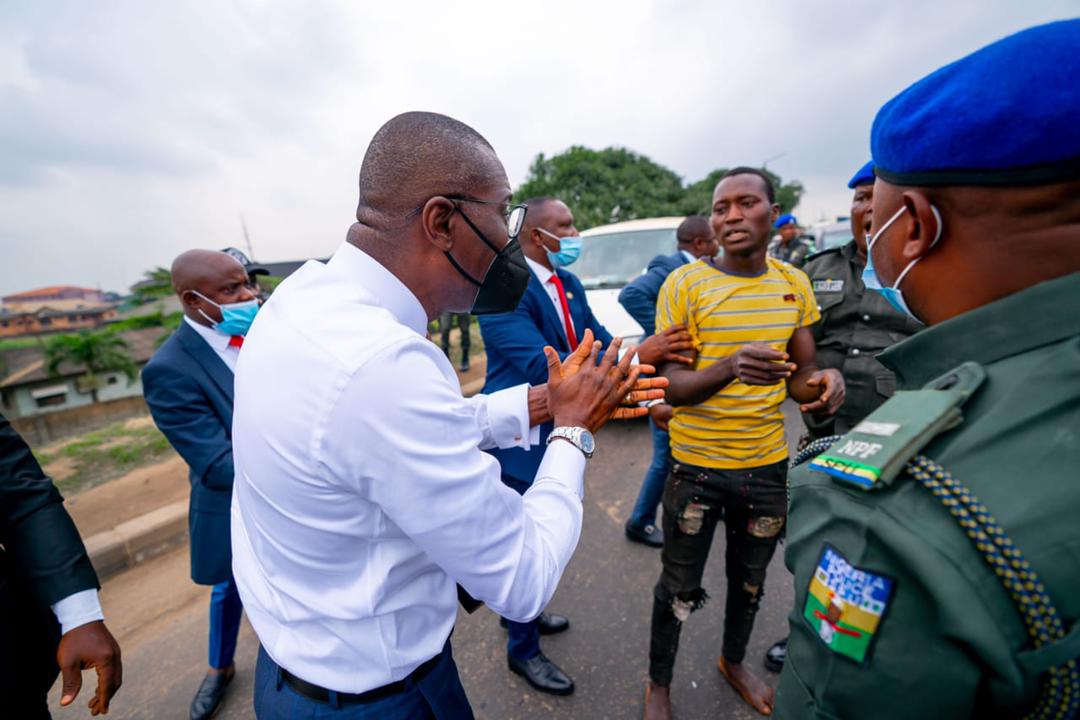 The gang of suspected criminals met their waterloo Monday morning while attempting to unleash terror on a motorist around Ojota in-bound Alausa. Help however came for the motorist as Governor Sanwo-Olu’s convoy approached the scene to rescue him from the three machete-wielding criminals who were at the time, trying to forcefully drag him out of his vehicle.

The security personnel attached to the Governor swooped on the suspects, retrieved the dangerous weapons from them and arrested the three of them. 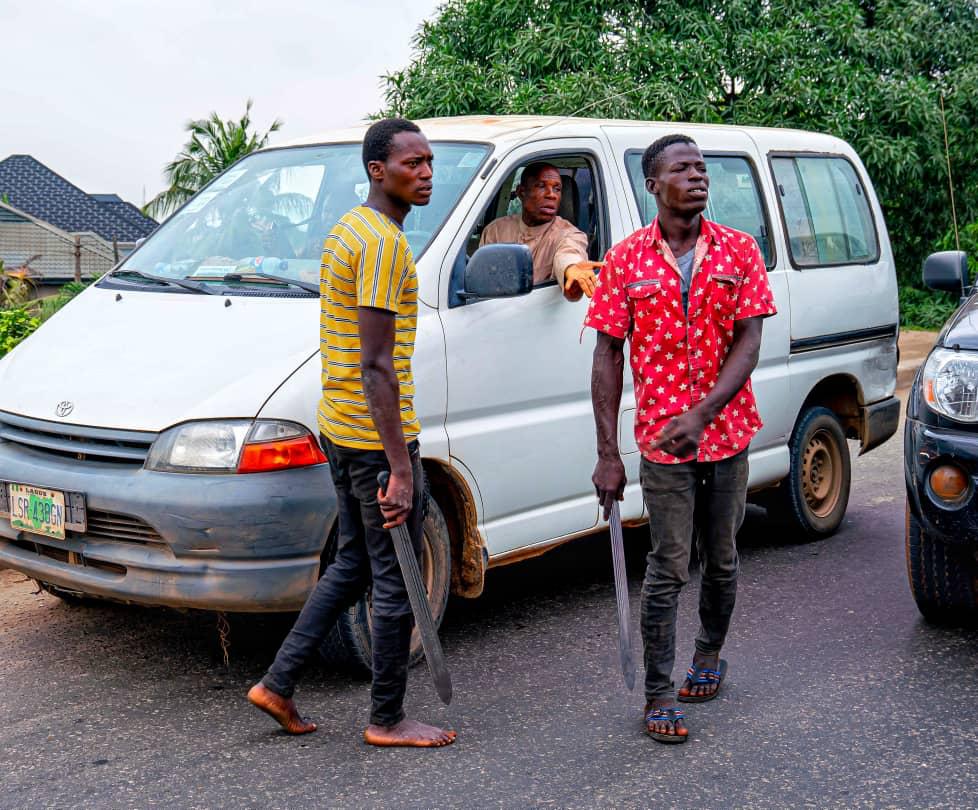 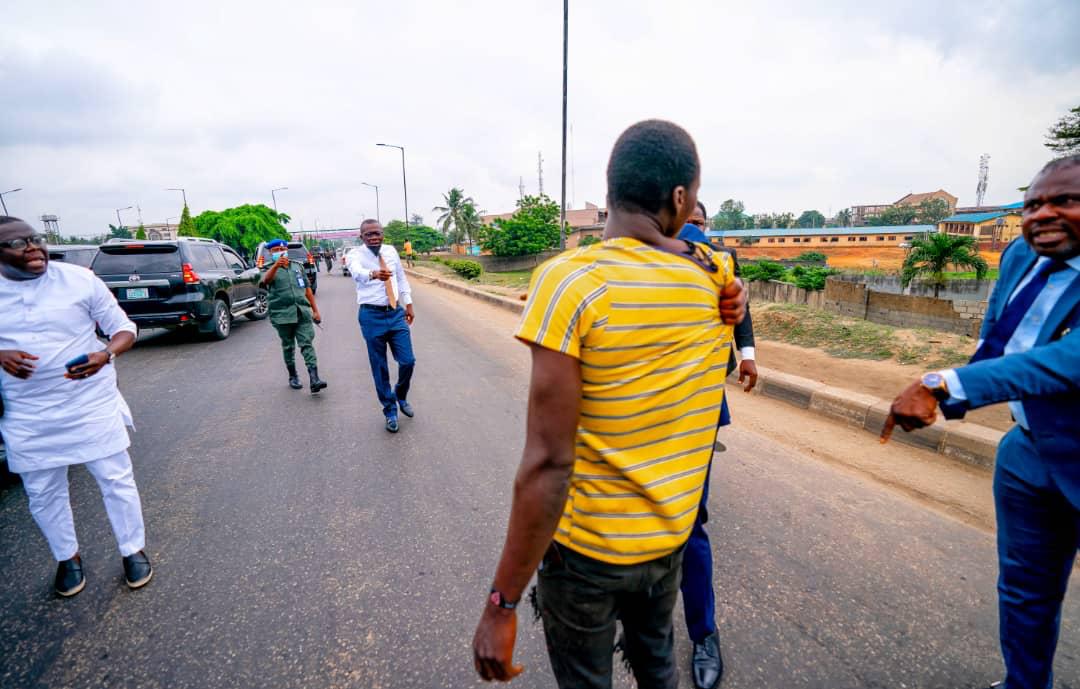 It would be recalled that Governor Sanwo-Olu while handing over security equipment purchased by the Lagos State Security Trust Fund (LSSTF) to the Inspector General of Police, Usman Alkali Baba, for the use of Lagos Police Command, on Thursday June 10, said there would be no hiding place for criminals in the State.

“We are determined to stabilize the security situation in Lagos State, as our own contribution towards lasting national security. Let me also use this opportunity to sound a note of warning to all criminals who are operating in Lagos State or planning to operate here; all armed robbers, kidnappers, cultists, bandits, and other criminals, we will leave no stone unturned in making this State inhospitable to you. We will find you, wherever you may be lurking and we will bring the full weight of the law on you,” Governor Sanwo-Olu declared.

Governor Sanwo-Olu stated after his security personnel arrested the three machete-wielding criminals that the exercise was a warning signal to other criminal elements and prospective traffic robbers in Lagos that there is no hiding place for criminality in Lagos State.

Also on Monday, the Strike Squad of the Lagos State Taskforce carried out a massive raid on motorcycle (okada) riders at Second rainbow and Toyota Bus Stop along Apapa-Oshodi Expressway.