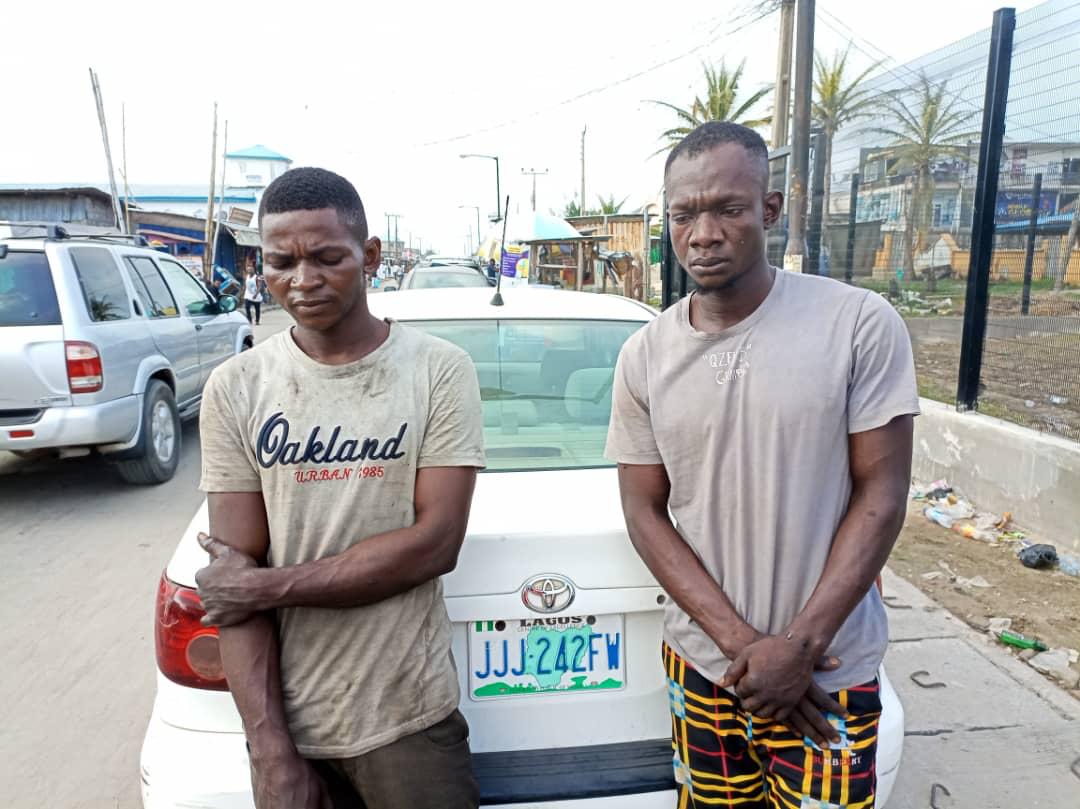 The operatives of the Lagos State Police Command attached to Ilasan Division on 3rd August, 2021, at about 9.30am arrested two (2) suspected armed robbers, Samson Tella, m, 37 and Raphael John, m, 21, who specialize in One Chance robbery and have been terrorising Lekki/Ajah axis of Lagos State. 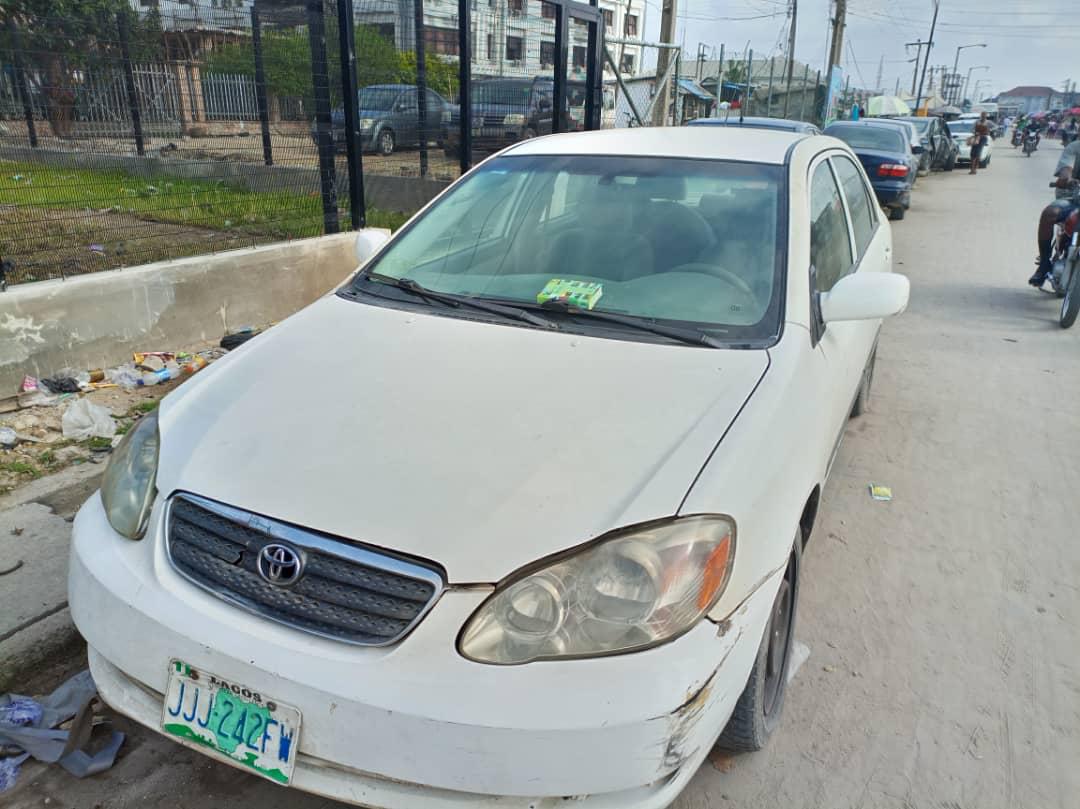 The suspected armed robbers on 2nd August, 2021, at 9.30pm attacked the owner of a Toyota Corrolla car Reg No. JJJ 242 FW, at Ikate Area of Lagos, took over the steering, drove him to ATM at Ikate and withdrew the sum of twenty thousand naira only (#20,000) from the account of the victim.

The victim quickly informed the police who tracked down and traced the car to mechanic workshop at Lafiaji, Lagos Island, on 3rd August, 2021, where the suspects were arrested with the stolen car. The victim has identified Samson Tella as one of the robbers that attacked him.

The Commissioner of Police, Lagos State, CP Hakeem Odumosu, in furtherance of his spirited efforts to reduce crime, especially “One Chance” to its barest minimum in Lagos State, has reiterated his order to tactics Commanders in the Command to expedite actions in flushing out other “One Chance” operators in the state.

The Commissioner of Police therefore reassured the good people of Lagos State of adequate security for lives and property and to sustain the peace that is being enjoyed by the residents of Lagos State.

CP Hakeem Odumosu ordered that the suspects be transferred to the Special Squad, Ikeja, for proper investigation and possible prosecution.

Previous Posts Tokunbo Wahab, other dignitaries converge as House holds hearing on Lagos State University Of Science And Technology.
Next Posts OSINBAJO TO DEVP PLANNERS: WITH FOCUS, SENSE OF URGENCY, WE CAN OVERCOME TOUGH SOCIO-ECONOMIC CONDITIONS