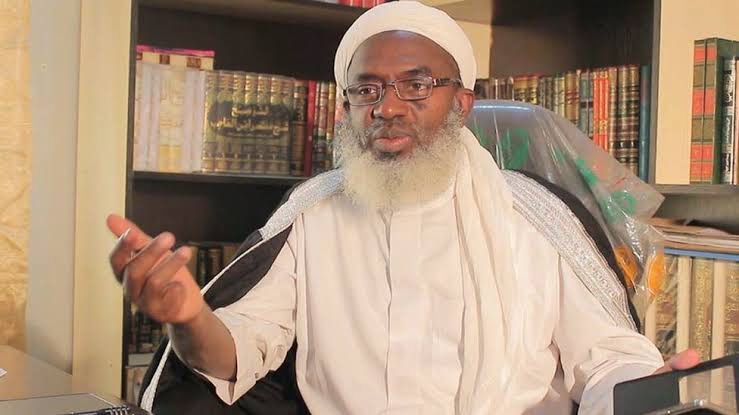 Salamu alaikum, Sheikh Gumi. I write this letter with utmost sincerity and highest regards for you as a scholar and a relevant opinion moulder among Nigerian youths. According to Islamic onomastic tradition, people are named after their place of birth.

The name, Gumi, is not just an ordinary name. It is a name of a local government area in Zamfara State. However, Gumi, as a name of a person, was not brought to limelight by you, but by your father, Sheikh Abubakar Gumi of blessed memory.

The first time I heard of Gumi was around 1991, during the Babangida military administration. I heard of his name through my father, Senator Mukadam Adisa Adejare of blessed memory. That year, the Alaafin of Oyo, Oba Dr Lamidi Adeyemi III (CFR), was appointed the Amirul Hajj by the Federal Government, and my Dad served as his scribe, because of proficiency and prolificacy in both English and Arabic languages.

The year 1991 was the period President Ibrahim Babangida made frantic efforts to settle the raging rifts between the two most prominent Islamic sects in Nigeria, the Ahlu Sunnah (Jama’atu Izaala) and the Sufi (Tijaniyyah). The meeting was slated for Saudi Arabia, with the blessings of Sultan of Sokoto, the Late Alhaji Ibrahim Dasuki.

In the presence of the Alaafin, in Makkah, Saudi Arabia, the age-long discord between Sheikh Dahiru Bauchi of the Tijaniyyah Sect and Sheikh Abubakar Gumi of the Ahlus-sunnah Sect was nipped in the bud. Thank God, all these records (minutes and communiqué) are available in my father’s library till date.

While we were still young, we heard of the great virtues and moral distinction your father, Sheikh Abubakar Gumi, stood for. His glittery exploits in the crusade for the rights of the less privileged and the suffering masses of this Nation remain indelible. He stood firm against injustice and all oppressive tendencies. He waged relentless wars against criminalities and immoralities. Sheikh Abubakar Gumi was so staunch in his onslaught against executive brigandage to the extent of pitching his tent against the military administration of the late General Sani Abacha. Indeed, Sheikh Abubakar Gumi had the loudest voice against bandits, banditry and all their unholy vestiges.

Dear Doctor Sheikh Ahmad Gumi, as the son of a prominent man, who stood for godly causes and righteousness, we do not expect anything less from you. A Yoruba adage says, owu ti iya (baba) ba gbon, l’omo iran (a child takes after his/her parents). Sheikh Gumi, your stances on some political and national issues call to question your integrity as an Islamic scholar. We are not saying you are not learned or you are a criminal; however, your dispositions on some salient security matters are quite worrisome. Your tacit support for bandits, banditry and criminality does not befit your stature as a prominent Islamic scholar.

Sir, as a scholar that you are, we are so sure of your awareness of the negative implications of hobnobbing with bandits; however, we suspect, that as a human being, you may have forgotten or oblivious of its consequences and ripple effects. Bandits are terrorists. Bandits are criminals. Bandits are thieves. Bandits are murderers. Bandits are kidnappers. They spread fear and commotion in the land. According to the holy Qur’an, the rewards for banditry are stated in Qur’an 5 Vs 33:

“The punishment of those who wage war against Allah and His apostle and strive to make mischief in the land is only this, that they should be murdered or crucified or their hands and their feet should be cut off on opposite sides or they should be imprisoned; this shall be as a disgrace for them in this world, and in the hereafter they shall have a grievous chastisement”.

Qur’an 5 Vs 38 also states: “And (as for) the man who steals and the woman who steals, cut off their hands as a punishment for what they have earned, an exemplary punishment from Allah; and Allah is Mighty, Wise.”

In an authentic hadith of Imam Bukhari, the Holy Prophet was extremely averse to stealing and baditry to the extent that he threatened to cut off the hand of his most-beloved daughter, Sayyida Fatimah, if she was found stealing. The Prophet remains the eternal role model for any Muslim who wishes to meet their Lord in tranquility and peace. The Prophet never wined and dined with criminals. He never hobnobbed with bandits; let alone serving as their advocate and spokesman.

Although, we recognise the fact that Islam recommends leniency and subtleness towards our fellow human beings. Also, we accept that Islam preaches forgiveness and avoidance of brute against offenders. Nevertheless, amnesty, subtleness, dialogue and compensation are only for repentant criminals, not for the likes of those recalcitrant and hard-hearted bandits you are making a case for. They have killed, maimed, terrorised, kidnapped and stole other people’s property without any sign of remorse. Allah does not love the arrogant criminals. He frowns at their satanic dispositions. So also, no serious government will be willing to dialogue or give such criminals amnesty while they still grandstand in their criminalities.

Dear Sheikh Gumi, thank God you have not really gone far. You can still retrace your steps and seek repentance from Allah. Avoid soiling your reputation on an avoidable issue. Stop speaking on behalf of bandits. Your life, your ancestry and background are diametrically opposed to the life of a bandit. Sheikh Abubakar Gumi, your father, bequeathed a good name to you. May Allah guide us aright.

My name is Adejare Ibrahim. I write from Oyo Alaafin.