#OsibajoInImo : WHY WE MUST REJECT AGENTS OF ANARCHY – OSINBAJO

WHY WE MUST REJECT AGENTS OF ANARCHY – OSINBAJO IN IMO

The path of violence can only lead to disaster 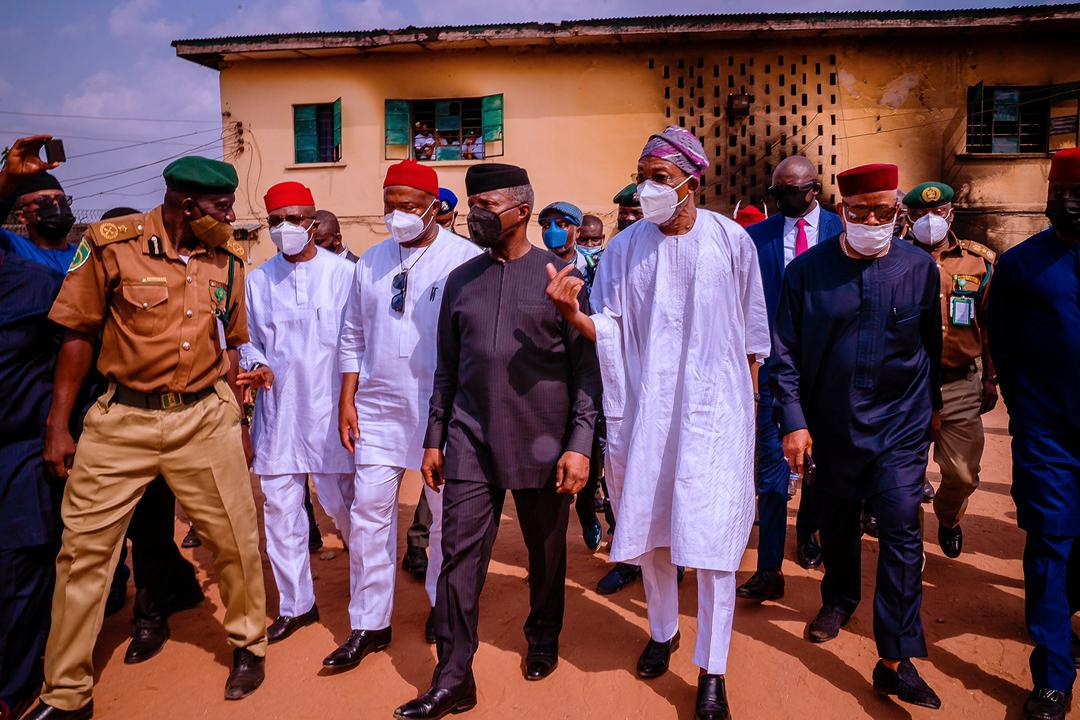 Nigerians must come together and reject the agents of anarchy seeking to cause chaos for their own selfish interests, especially as there are many more who are working tirelessly to build up the country’s system and to enhance it, according to Vice President Yemi, SAN.

Prof Osinbajo stated this on Tuesday during a one-day visit to Owerri, Imo State, where he commissioned a road project executed by the State government. While in town, the VP also visited Imo State Police Headquarters and the Owerri Correctional Centre, both of which were attacked in the early hours of yesterday. 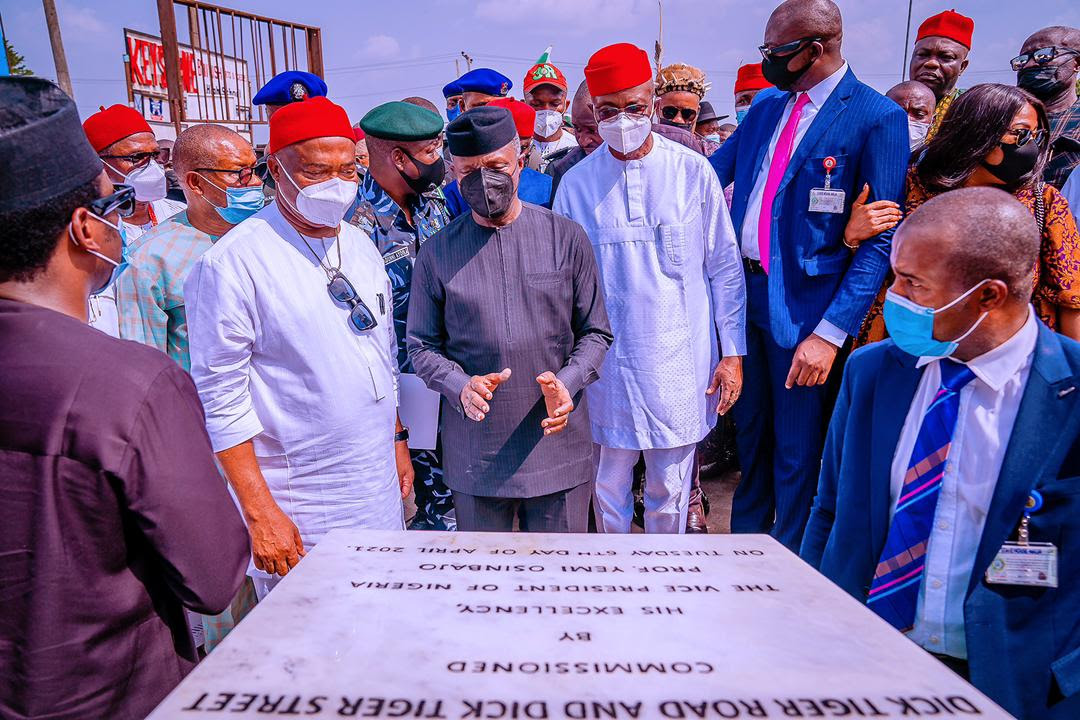 The Vice President, who condemned the attacks as an assault on the way of life of the good people of the state, further noted that, “our system is not perfect – no earthly system is – but democracy provides channels for seeking redress for injury, for peacefully addressing the problems that ail us.

“There are many who are working tirelessly to improve our system, to build it up and to enhance it. We must, therefore, reject the agents of anarchy that are seeking to weaponize the frustration and discontent of our young people for their own profit.

“The path of violence can only lead to a disaster that consumes everyone and leads to the desolation of our communities. It is easy to take peace for granted, but we need not learn the value of peace through the horrible crucible of war.”

Calling on Nigerians to reject groups that want to sow violence and destruction, the Vice President, referring to those who may be behind the Monday attacks, said, “we must reject any attempt to portray these criminal elements as anything other than representatives of their own malice and hatred. They do not represent the good people of this state and this geopolitical zone.

“Anyone who perpetrates violence does not represent the progressive mindedness of the good people of this State and this zone. And I call on all of us to come together to resist any attempt to turn the progress and peace that this zone is set to experience to conflict and disruption.”

Continuing, he said, “an attack on the critical institutions of law enforcement, police stations and prisons is an attack on the safety, security and well-being of the citizens. It is not merely an assault on law and order, it is a mindless attack on the people and our way of life.

“When you attack police stations and free dangerous criminals, you put men, women, children and their possessions and livelihoods at risk. Whatever the motives of the perpetrators, this action is egregious and atrocious in the extreme, and all men and women of goodwill must openly condemn this assault on the way of life of the good people of the state.”

Prof. Osinbajo assured the people of the state that “the security in this city and the State has, since yesterday, been further enhanced and we are set to strengthen security capacity even more here.”

The VP noted that the search for the escaped inmates of the Correctional Centre has begun in earnest.

“I want to commend the Governor of the State for his calm, measured, but firm handling of the security situation in the State. The Federal Government stands with you and the great people of Imo State at this crucial time,” he added.

On the newly built road, the Vice President said, “this aligns with Mr. President’s own belief that the building of roads, rail, power, digital technology and other infrastructural assets must be the first priority for economic development.”

He noted, while congratulating the Governor, that, “Africa’s largest economy can only provide opportunities for its huge population if it runs on modern infrastructure.”

Earlier in his remarks, Governor Hope Uzodinma thanked the Vice President for the visit to commission the road project and see for himself the destruction of the State Police Command Headquarters and the Correctional Centre, noting that the people remain confident of the ability and support of the Federal Government in addressing challenges confronting the state.

Shortly after commissioning the 3 km-long Dick Tiger Road covering more than 10 streets, including the Dick Tiger Street, the Vice President – accompanied by Governor Hope Uzodinma, some ministers, the State Deputy Governor and other dignitaries from the State – visited the State Police Command Headquarters and the Correctional Centre in Owerri to assess the level of damage at the facilities.

On the Vice President’s entourage to the State were the Minister of Interior, Ogbeni Rauf Aregbesola; Minister of State, Mines and Steel Development, Mr Uche Ogah; Minister of State, Budget and National Planning, Mr Clem Agba; and the Special Adviser to the President on Political Affairs, Sen. Babafemi Ojudu, among other dignitaries.