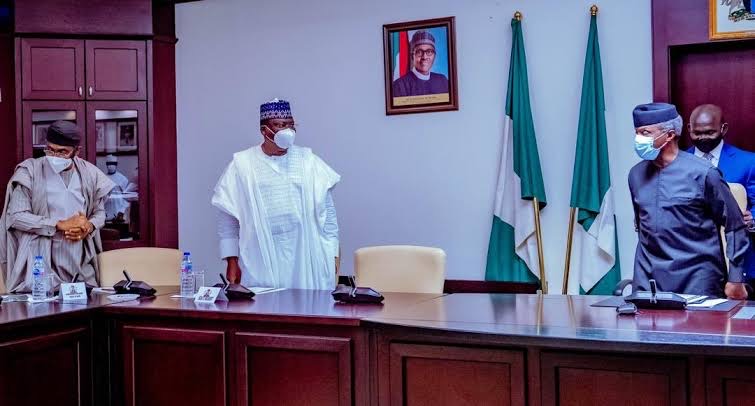 Vice President Yemi Osinbajo has called for better working relations between the legislative arm of government and the executive, saying this would ensure good governance and contribute to the development of the country.

Osinbajo who spoke at a legislators’ evening of honour with the theme “The Role of Legislative Aides in Nation Building”, organized by the southwest caucus of the National Assembly Legislative Forum (NASSLAF), said he was grateful for the good relationship that currently exists between the executive and the legislature.

The Vice president who was represented by the Senior Special Assistant to the President on National Assembly Matters, Sen Babajide Omoworare, said there is no way the legislature can be vibrant without a well-oiled legislative crew that will assist in research and carrying out the functions of the legislators.

He called on the legislators and the legislative aides to ensure that there is synergy between them with a view to ensuring good governance in Nigeria.

Omoworare, who also was the keynote speaker at the event, stressed that the strength of the principal of a legislative aide is actually based on the capacity of those who work for him or her.