VICE-President Yemi Osinbajo has asked state governors to democratise access to the internet in line the Federal Government’s objective of broadband connectivity for all by 2023. 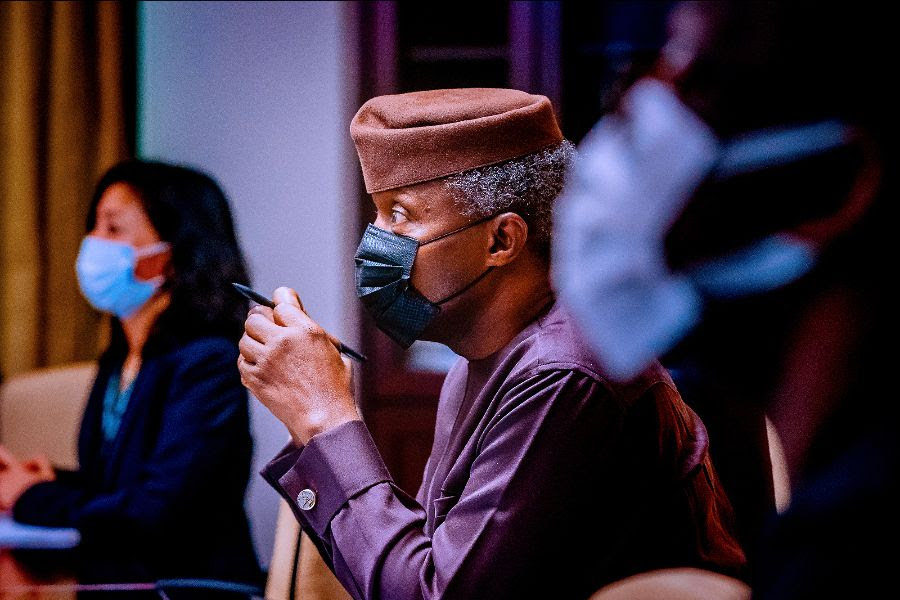 Osinbajo said it was part of the national commitment to make broadband connectivity available to all.

The Vice-President recalled that the state governors under the auspices of the National Economic Council had in 2017 agreed to harmonise right of way charges payable by telecommunications companies and related public utility infrastructure on local governments, states and federal highways to encourage co-location of the companies’ fiber optic cables.

He spoke virtually on Thursday during the inauguration of the Ogun State Digital Economy Empowerment Project.

Osinbajo described Governor Dapo Abiodun’s initiative as a critical component of the President Muhammadu Buhari regime’s objective of broadband connectivity for all by 2023.

He explained that FG had equally launched the National Broadband Plan designed to “deliver data download speeds across Nigeria of a minimum 25Mbps in urban areas and 10Mbps in rural areas, with effective coverage available to at least 90 per cent of the population by 2025 at affordable prices.”

He said, “We must press on in our quest to democratise access to the internet. We are pursuing this cause because we recognize that internet access and broadband penetration will become existential in a few short years and will determine our competitiveness in the global economy.”

In his remarks, Abiodun explained that the digital economy was to formally deepen the various advantages of information technology advancements into all sectors and making ICT one indispensable point of our economy.

Previous Posts FG, AfDB COLLABORATING ON SPECIAL-AGRO PROCESSING ZONES ACROSS THE COUNTRY
Next Posts Nollywood Has A Critical Role To Play In Shaping Our Society – Gbajabiamila