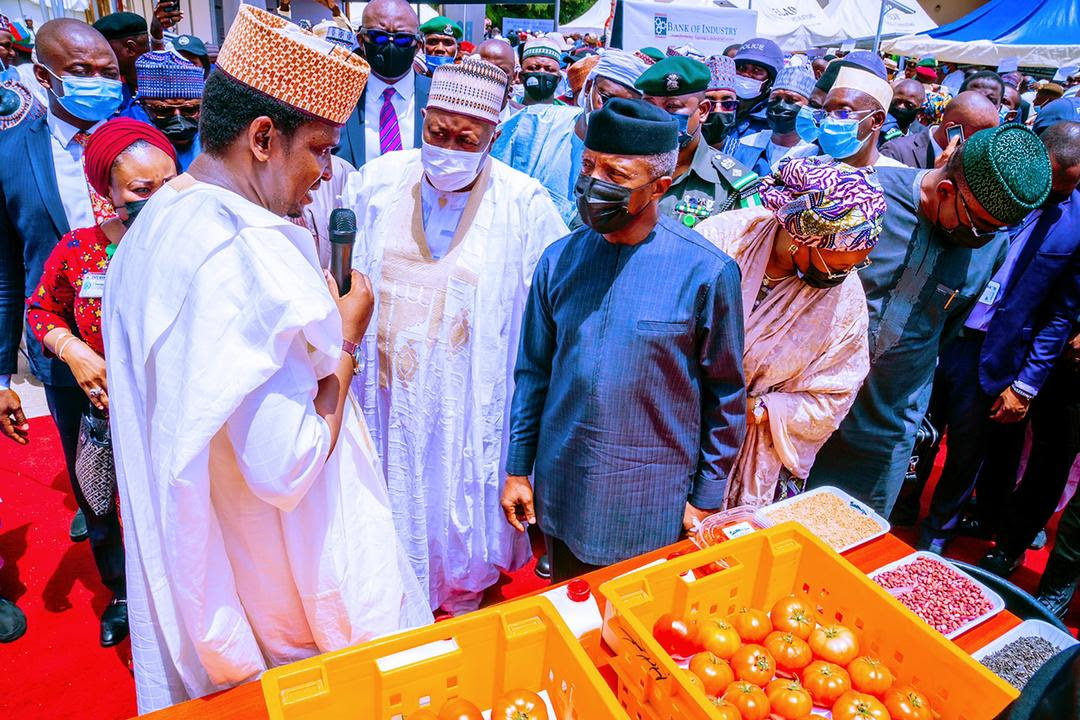 Impressed with the progress made across the country by Micro, Small and Medium Enterprises (MSMEs) on account of the interventions by the Buhari administration, the Federal Government will intensify efforts to address any bottlenecks and challenges facing small businesses in Nigeria so they can grow bigger, according to Vice President Yemi Osinbajo, SAN.

Prof. Osinbajo stated this Thursday at the 28th edition of the National MSMEs Clinic held in Dutse, the Jigawa State capital. He also commissioned some Jigawa State projects in Dutse during the visit.

The Vice President was received on arrival by Governor Abubakar Badaru of Jigawa and accompanied to the Clinics by the Federal House of Representative Member Hon. Hafiz Ibrahim, Minister of Water Resources, Engr. Suleiman Adamu; Minister of State for Industry, Trade and Investment, Ambassador Mariam Katagum, and the Executive Director/CEO of the Nigerian Export Promotion Council, Mr. Segun Awolowo, among other top officials. 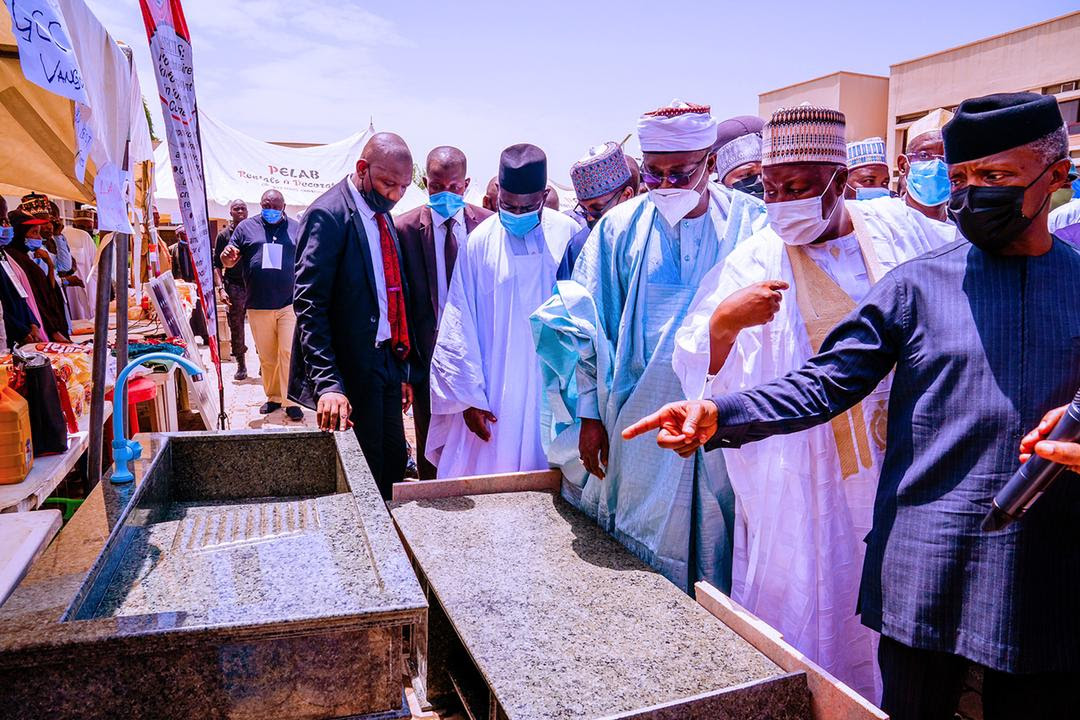 Addressing participants shortly after a tour of the exhibition stands at the MSMEs Clinic, Prof Osinbajo said, “after going round with His Excellency, the Governor, to see the different businesses exhibiting their products and services today, I want to further assure participants that every effort will be made to address the challenges and bottlenecks that they are facing.”

The VP encouraged them to “bring such issues to the attention of the MSME Clinics Secretariat to get assistance and quick responses from the relevant agencies.”

Prof. Osinbajo explained that the MSMEs Clinic, a Federal Government initiative to work with state governments to promote and support small and medium businesses, was designed to bring regulatory agencies whose work affects the business experience of MSMEs to meet with them.”

“So, the clinic gives MSMEs an opportunity to bring their business problems to the attention of regulatory agencies for solution, outside the formal and sometimes intimidating head offices of these agencies.

“MSMEs Clinics have also helped the regulatory agencies, on their part, to gain a better understanding of the difficulties that MSMEs face, and how to improve their services to help these businesses.”

Prof. Osinbajo noted that the President has reiterated several times that his main focus is on ensuring that small businesses are given the best support possible; which explains why in response to the effects of the COVID-19 pandemic on the economy, and especially small businesses, the President established the Economic Sustainability Committee.

Applauding the effectiveness of the partnership between the Federal Government and States, Prof. Osinbajo said, “let me again commend Governor Abubakar Badaru and the entire Jigawa State Government for their massive efforts to grow the State’s economy and improve the lives of the citizens of this State.”

His words: “Clearly these efforts are bearing fruit and MSMEs in Jigawa State will be the better for it…. Please be assured that the Federal Government values your cooperation and we will continue to complement and support the work that you are doing here.”

Speaking further on the efforts of the State government to transform the lives of the people, the VP said, “it is appropriate and fitting that we should be here. Jigawa State continues to be pacesetter in agriculture and rural development.

“Jigawa was rated number 3 out of the 36 States and Abuja in the ease of doing business rankings conducted for the Presidential Enabling Business Environment Council (PEBEC) by the international consulting firm, KPMG.”

Prof. Osinbajo noted that, “it is on account of the proactive stance of the Governor that we also chose to perform the National launch of the deployment of 100,000 Solar Home Systems under the Solar Power Naija Programme here in Jigawa in the Jangefe community of Roni local government in the Kazaure emirate when I visited Jigawa State in April this year.”

On his part, Governor Badaru thanked the VP for his commitment to the development the country, and commended his leadership of the National Economic Council, noting that President Buhari knew the capability of the Vice President, “that he will deliver,” adding that was why the President made him the chairman of the Economic Sustainability Programme (ESP) and recently asked him to chair the Steering Committee of the National Poverty Reduction with Growth Strategy designed to take 100 million Nigerians out of poverty in 10 years.

He thanked the VP for his support to the State and ensuring that various interventions of government across different sectors are successful.

Earlier on arrival at the exhibition grounds, the VP saw a display of locally made products by MSMEs in Jigawa State and environs.

During the visit to Dutse, the Vice President also flagged off the distribution of farm inputs and equipment to 900 beneficiaries in the state and also commissioned a road project in the State capital, constructed by the State government named the new Ibrahim Aliyu bypass, which has been now been dualised.