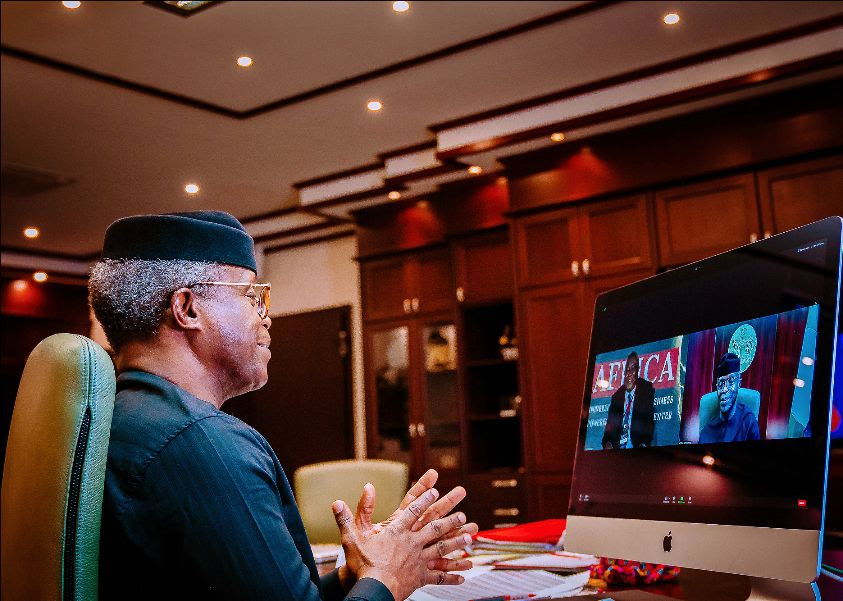 In building a fairer world that takes into account the interest of the poor, the marginalized, and a world that does not impose unfair burdens on developing countries, the principle of fairness must be applied by leaders in addressing challenges in health, the economy, and other issues, according to Vice President Yemi Osinabjo, SAN. 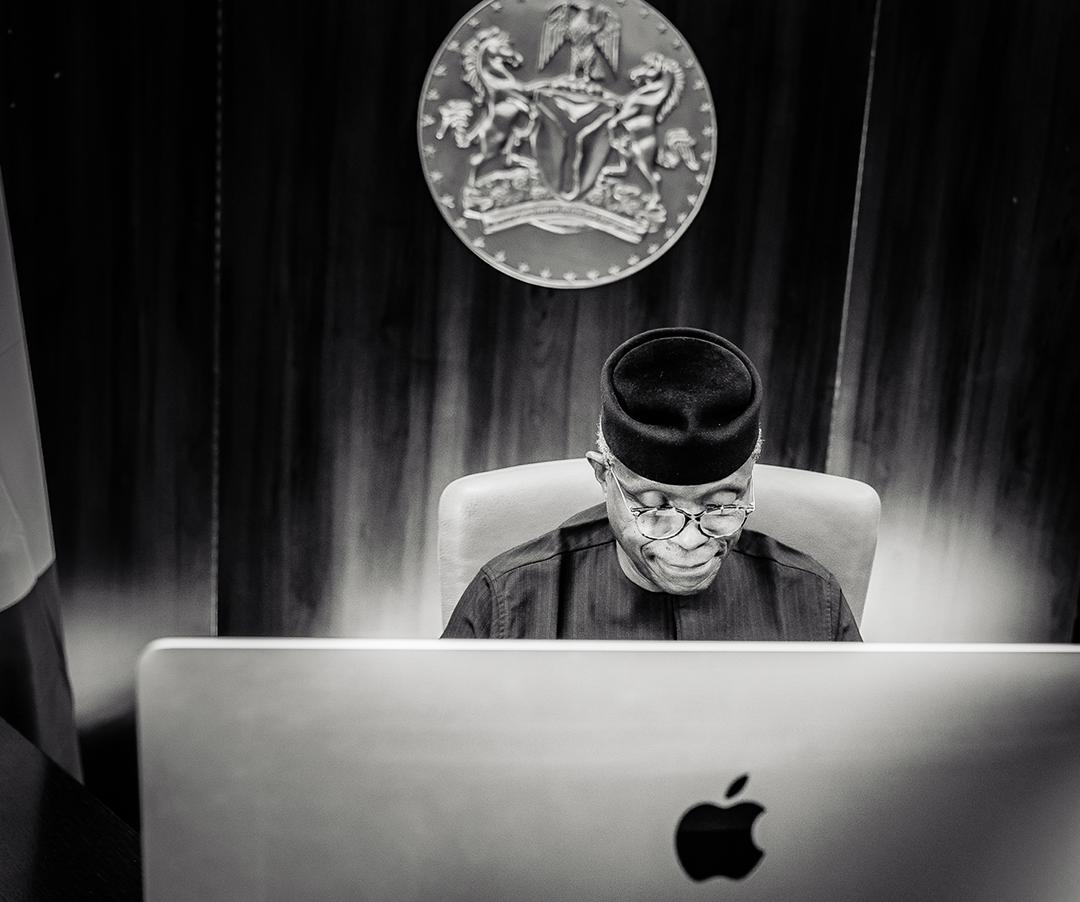 Prof. Osinbajo stated this today at a virtual forum organized by a leading American Christian University, Liberty University with the theme “Equity for Africa: Transforming the World through Judeo-Christian Values,” and hosted by the university’s School of Business.

According to the Vice President, “the principle of fairness obliges us as people of faith, to strive to build a fairer world, a world which takes account of the interests of the poor and marginalised. It means a world that does not impose unfair burdens on developing countries when global cooperation is required. For example, if you look at what is happening with COVID-19 and access to vaccines, what we are seeing is export bans and a resort to vaccine nationalism.”

The Vice President said “Christian leaders must lead the world towards ensuring that all countries and their peoples can access vaccines irrespective of the resources available to them. The same considerations apply to helping African countries cope with the economic crisis caused by COVID-19.”

He restated his earlier call on some multilateral agencies planning to de-fund gas projects to review their position noting that “it is worrisome and should be dropped and we would call on people of conscience and faith to put a stop to this trend that can undermine the sense of collective responsibility we all have towards mitigating climate change.”

His words: “One issue that is emerging as a major concern in terms of equity and fairness is the process of reaching a just transition towards a low-carbon economy. Africa including Nigeria has abundant gas resources and gas is cleaner by far than crude oil and it derivatives.

“Gas has an important contribution to make in our economies in terms of transportation and even in terms of cooking to replace coal and kerosene.”

Speaking about the prospects for greater advancement in Africa, Prof. Osinbajo noted that “there is no gainsaying that in order for Africa to actualize its potential, it must work with friends especially those of faith to identify strategic opportunities to bring about growth and prosperity in the continent.”

Referring specifically to investment potentials in Nigeria, the Vice President said “investing in Nigeria also offers a pathway to partaking in the African Continental Free Trade Area (AfCFTA) which will create a market in goods and services for up to 1.3 billion people.”

Continuing he said “it is also a pathway to using the provisions of the African Growth and Opportunity Act to produce goods that can then be exported into the United States under preferential terms.

“The opportunities are vast and it is not surprising that Nigerian business leaders who know the country well and appreciate its economic dynamics are making big investments in oil and gas, in agriculture and food processing, in telecommunications, in power generation, in technology and in the hospitality and creative sectors.”

“In the digital technology space, Paystack, a Nigerian fintech Start-up was recently acquired by Stripe, the US-based firm for $200m while similarly impactful investment has also been made by large global technology firms. Microsoft has set up its African Development Centre in Lagos, Facebook has located its Africa Hub in Lagos where the Google Developer Space is also located,” Prof. Osinbajo added.

The Special drawing rights (SDRs) are supplementary foreign exchange reserve assets defined and maintained by the International Monetary Fund (IMF). They represent a claim to currency held by IMF member countries for which they may be exchanged.

Participants at the forum included some Nigerian Governors, Mr Samuel Ortom of Benue State, and Mr Seyi Makinde of Oyo State, Dean of the Liberty University School of Business, former Congressman David Brat, business leaders across the US, among others.

Laolu Akande
Senior Special Assistant to the President on Media and Publicity
Office of the Vice President
14th April, 2021