SIERRA LEONE THANKFUL TO NIGERIA, OTHERS AT 60TH INDEPENDENCE ANNIVERSARY

Nigeria and some other West African countries were appreciated yesterday by the Sierra Leonean government as the country marked its 60th Independence Anniversary at a series of events in the capital city of Freetown. 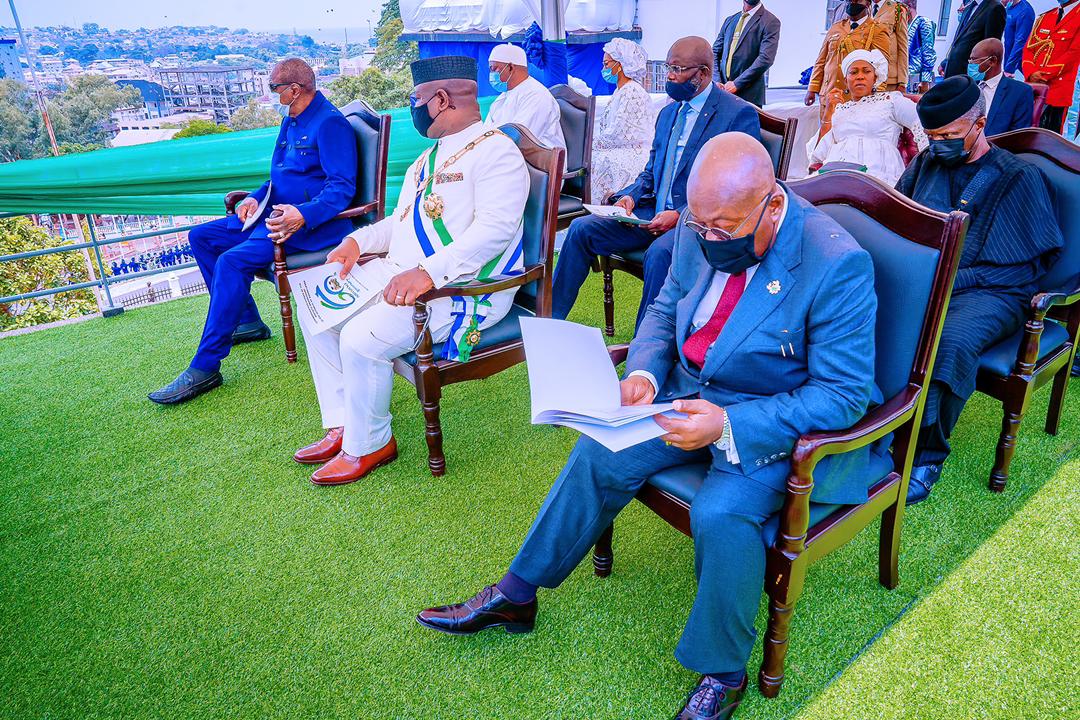 Before several other West African leaders including Vice President Yemi Osinbajo, SAN, the President of Sierra Leone, Julius Maada Bio mentioned how Nigeria and other countries in the subregion have been helpful in the course of the peace and development of his country.

Historically, both Nigeria and Sierra Leone have shared cherished and cordial relations at least right from colonial times. The relationship has continued and evidenced in the socio-economic, technical, and security cooperation over the years, including the deployment of Nigerian troops in Sierra Leone to uphold the peace and preserve democracy. 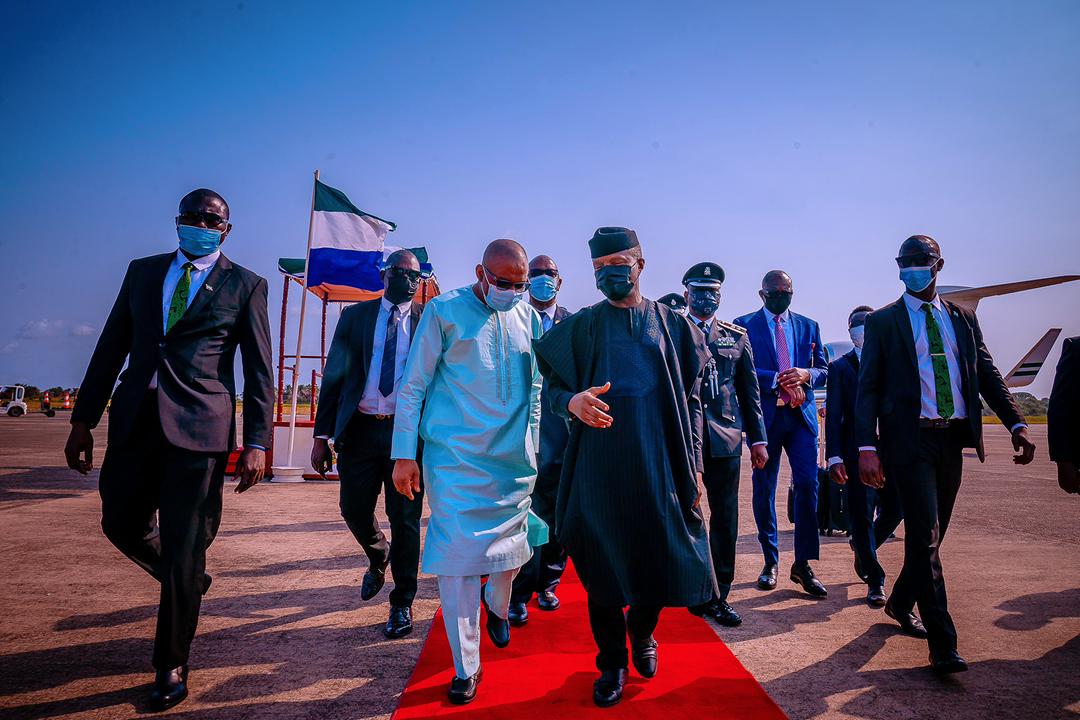 In a show of appreciation and gratitude yesterday, President Bio honored Nigeria and the other countries that he said have stood with Sierra Leone, a nation that survived an 11-year civil conflict from 1991 to 2002.

Besides the Nigerian Vice President, others decorated with Sierra Leone’s insignia of honour and dressy tokens were the Presidents of Ghana, Nana Akufo-Addo; Guinea, Alpha Conde; Liberia, George Weah and Gambia, Adama Barrow.

Prime Minister Nuno Gomes Nabiam of Guinea Bissau and a Special Envoy of the President of Ivory Coast were also in attendance at the event.

Speaking with the press in Freetown after the 60th Independence Anniversary event, Prof. Osinbajo said it is a worthwhile celebration, “especially considering all of what Sierra Leone has been through in the 11 years of Civil War and they have emerged from that terrible experience, much stronger, a united country and developing everyday economically and socially.”

According to the VP “it is a very happy event and we are all extremely proud of what the Sierra Leoneans have been able to do.

“We were very warmly hosted by President Bio and all the members of his cabinet and the good people of Sierra Leone. It has been a very exciting, warm, and joyful event.”