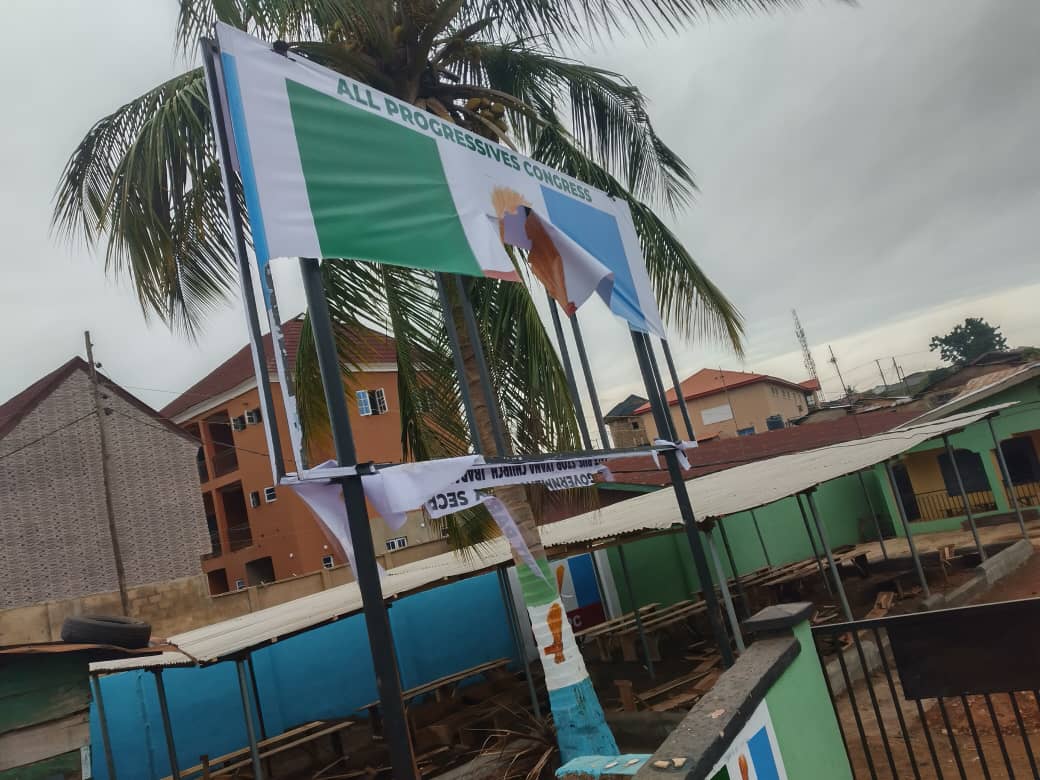 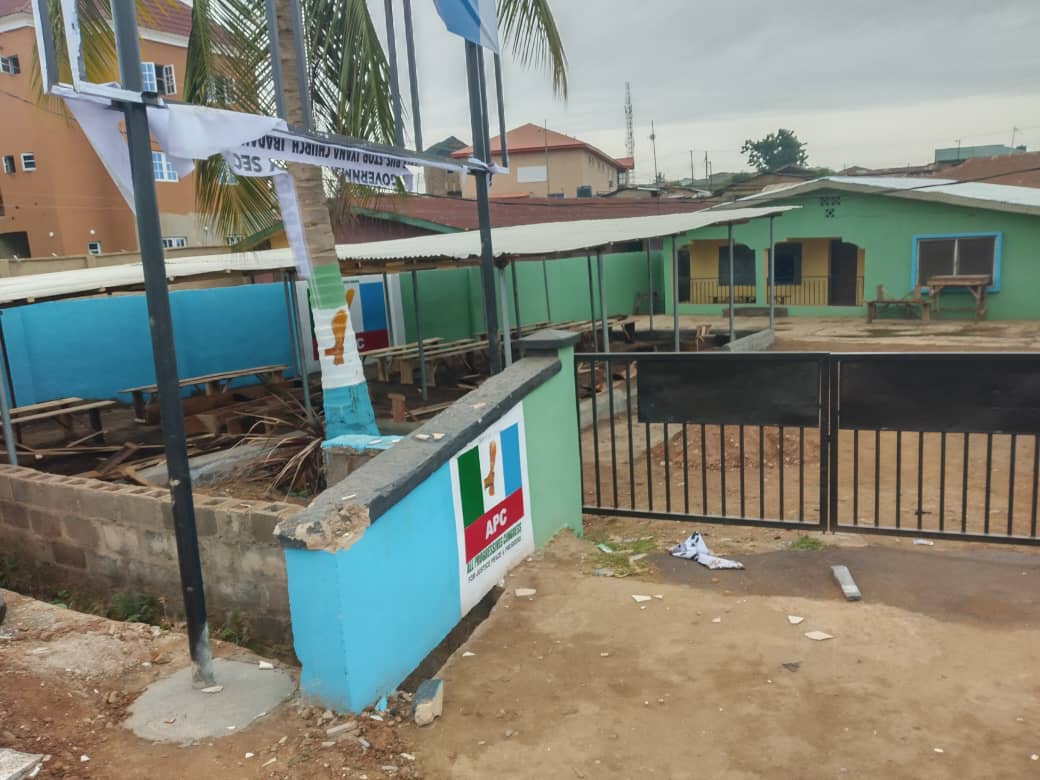 A chieftain of the All Progressives Congress in Oyo state, Chief Timothy ‘Kunle Sanda, has described the destructive attacks carried out on the new office of the Lagelu Local Government area chapter of the party as a condemnable development signalling the plot of some people to reintroduce violence into the politics of the state ahead of the 2023 general election.

The facility, which was recently acquired for use as the new Party office of the APC, is located at Iyana Church area of Iwo Road and it was slated for commissioning later this week.

But reports had it that some unidentified armed men visited the place late in the evening of Saturday and carried out attacks which resulted in the vandalism of the building as well as several items they found around.

While speaking on the incident; the APC Zonal Chairman for Ibadan Less City, Chief Kunle Sanda, told our correspondent in a phone conversation that “the violent attacks were the handiwork of some political desperados who felt uncomfortable about the efforts of the opposition party to reclaim power in the state in 2023.

“From our preliminary investigation, we gathered that the attackers visited the new office twice on Saturday with a mission to destroy everything there.

They first came around 9pm with a rickety taxi cab which they drove recklessly with a view to causing panic. It was when they came the second time at around 11pm that they carried out their nefarious attacks on the facility.

“We have taken necessary actions by reporting the development to the appropriate security agencies.

However, we would like to state that all those responsible for the cowardly acts would be fished out and made to answer for their crime the damage they did was too enormous to be overlooked.” Chief Sanda said.

Another stalwart of the APC in Lagelu LGA, Hon. Sikiru Adebayo, expressed dismay over the level of destruction carried out on the office by the attackers. He alleged that the same set of people who move around the state capital (Ibadan) to destroy billboards belonging to members of the APC and other opposition parties were responsible for the ugly incident.

His words; “I have no doubt that the militias of the ruling party who work under the supervision of their known chief thug are carried out the dastardly act. They had sounded a note of warning to some artisans who were engaged to fix the structure earlier in the week as they could not hide their dissatisfaction with an opposition party opening an office in that place. Nevertheless, we are not discouraged by their antics and I can assure members of the general public that all attempts to overrun our party before the next general election would be successfully resisted.
Adebayo who is a former Special Assistant (Political) to the late governor of the state, Sen. Abiola Ajimobi, then called on the relevant security agencies to begin a clampdown on all political thugs being employed by the PDP “for the sole aim of returning Gov. Makinde to office for the second term in office in 2023.