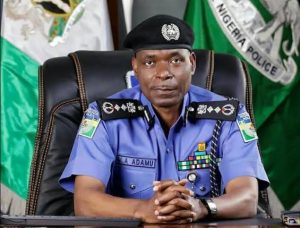 Reprieve has come the way of the elected local government council chairmen in Oyo state as the Inspector General of Police, Mohammed Abubakar Adamu, has directed the Commissioner of Police in the state, Mr. Shina Olukolu, to initiate appropriate actions that will reinstate them in office.

A letter dated January 23, 2020 and addressed to the Oyo State Chairman of the All Progressives Congress (APC), Chief Akin Oke, asked him to liaise with the Commissioner of Police to facilitate the implementation of the legal opinion of the Minister of Justice and Attorney-General of the Federation (AGF).

The AGF had written the People’s Democratic Party (PDP) led state government to demand the dissolution of the local government caretaker committees and the reinstatement of the democratically elected council chairmen that were illegally sacked within hours of Governor Seyi Makinde resuming office.

The IG’s letter titled “Re: Unconstitutionality of Dissolution of Elected Local Government Councils And Appointment Of Caretaker Committees: The Urgent Need For Compliance With Extant Judicial Decisions” has now directed that the Police Commissioner take actions to implement the legal opinion of the AGF.

The signed by DCP Idowu Owohunwa, Principal Staff Officer to the Inspector-General of Police, was in response to a petition by the Oyo APC Chairman.

The letter reads, “Your letter dated 23, January, 2020 on the above underlined subject, refers. I am to inform you that the Inspector-General of Police has directed the Commissioner of Police, Oyo State to initiate appropriate actions in line with the legal opinion of the Attorney-General of the Federation and Minister of Justice on the matter. You may accordingly, liaise with him to facilitate.”