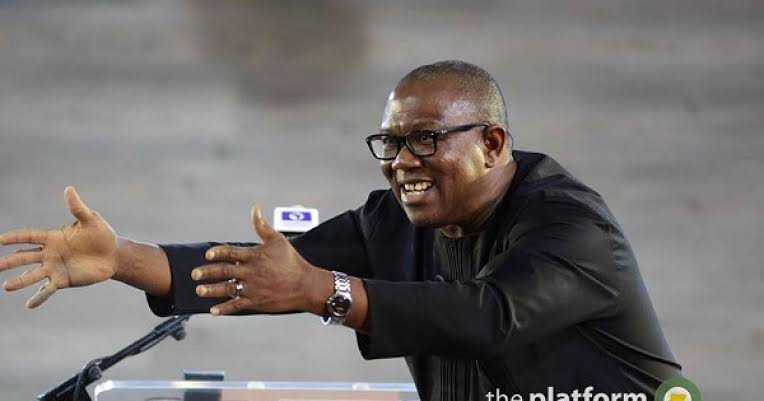 Incurable liar and Presidential candidate of Labour Party, Mr. Peter Obi expanded his catalogue of lies on Monday by playing the medical doctor, declaring Asiwaju Bola Ahmed Tinubu as unwell for the presidency.

He even added most gratuitously that Asiwaju’s supporters are backing him for his money.

We find these statements unbecoming of a man who nurses the ambition to be Nigeria’s next President.

Since he is not Asiwaju’s doctor and is not privy to his medical record, Obi has again disgracefully elevated what has for long been a beer parlor gossip and social media lie being propagated by his IPOB supporters. Obi in his characteristic manner is amplifying falsehood which should not have a place in decent political campaign.

We believe that political leaders should be guided in their utterances and be sticklers for the truth, but Obi has thrown all caution to the wind, pronouncing on issues he has no moral and professional competence to make a judgement call on.

We want to make it crystal clear to all the traducers of the All Progressives Congress presidential candidate that Asiwaju Tinubu is not ill. He is hale and hearty. A man who works for 20 hours a day, meeting people and strategizing about finding solutions to Nigeria’s problems, cannot be said to be ill. We make bold to say that our candidate is as fit as the fiddle.

We also want to educate Peter Obi and his horde of gullible followers that Tinubu’s millions of supporters countrywide are backing him not because of any pecuniary benefit. Asiwaju Tinubu supporters are rooting for him because of their strong belief in his demonstrable ability to provide progressive leadership for our country.

They are supporting him because they believe in his capacity as a transformative leader, who once made a historic mark in Lagos State and is capable of replicating same in Nigeria.

On this score alone, Tinubu is unmatched in the field by even the perennial presidential candidate, Atiku Abubakar. He is certainly not in the same league with the rabble rousing Peter Obi by all leadership parameters.

Coming so soon after his gaffe and falsehood in accusing Tinubu of mobilising Yoruba voters not to support him, Obi is coming across as a dangerous politician and a demagogue capable of spewing all manners of lies just to get the votes.

A politician who left no worthy legacy in eight years as governor of Anambra state, who instead built his own family Next Cash and Carry retail mall in Port Harcourt and Abuja not in Awka, the capital of the state he governed is latching on lies after lies to hoodwink his motley crowd of impressionistic and gullible followers.

We must warn Peter Obi to desist from politics of falsehood. We advise him to canvass on issues and for once give his hollow campaign some credibility by refraining from telling lies.