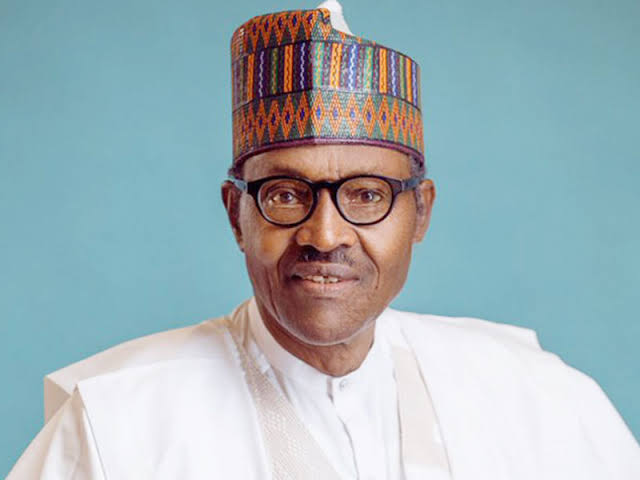 We woke up this morning to the FAKE NEWS HEADLINE by The Sun Newspapers which read “Buhari Rejects Electoral Bill”. This hatchet job carried out by some crooked persons to misinform Nigerians and mislead the President of the Federal Republic of Nigeria is shameless and unfortunate.

In an era where FAKE NEWS continues to harm our society, cause chaos and hamper democracy, we are shocked that The Editorial Management of The Sun newspapers and some online news outlets would render their reputation and their platform to be used for this shoddy job.

We can authoritatively confirm that Mr President has not forwarded any letter rejecting the Electoral Amendment Bill to the National Assembly. The interview granted by one of the APC governors published as news and stating that Mr President has rejected the bill based on the phantom N500 billion costs of logistics for monitoring the direct primaries of political parties is a barefaced LIE.

While it is known to the people that some politicians are habitual liars to the public, have no integrity whatsoever and do not care about the public trust for the office which they occupy even when they attain such positions crookedly, an issue as dear to the heart of the Nigerian people as the Electoral Amendment Bill will not be allowed to be derailed by these kinds of politicians.

We want Nigerians to ask Governor Hope Uzodimma of Imo State, former Governor Orji Uzor Kalu of Abia State, and Presidential spokesman Femi Adesina what they knew about this plot using the Daily Sun. We hope the President will be mindful of his integrity and who to associate with.

We reiterate again that Mr President promised on several occasions when he spoke about the Electoral Bill that he would sign an Electoral Amendment Bill sent to him by the National Assembly and in time for the elections. Mr President also promised that he would accord INEC ALL that they need to ensure the conduct of free, fair and credible elections in the next general elections.

For the avoidance of any doubt whatsoever, the Nigerian people stand behind and support in whole this amendment bill sent by the National Assembly.

The Independent National Electoral Commission, INEC, which Mr President wrote to asking for their opinion about the bill has written back to say that they support the bill and the President should not hesitate in assenting to the bill. Only devious politicians who would not benefit from the electoral and political reforms that this bill would bring to the country are against this bill.

Going forward, we would like to make the following demands:

That Mr President immediately assents to the Electoral Amendment Bill to fill up this national vacuum that the delay in signing the bill is causing. Nigerians in the rural areas who are not privy to national events would continue to be misled by devious politicians and crooked newspaper editors should this vacuum continue to exist.

That Newspapers Proprietors Association of Nigeria, the Press Council, Nigerian Guild of Editors and the National Union of Journalists should investigate immediately the online blogs and The Sun newspaper for this barefaced LIE presented to the people as news, not just to mislead the Nigerian public but also misrepresent the President of the Federal Republic of Nigeria.

In conclusion, Mr President and the Nigerian people must note that the Electoral Amendment Bill is the most reform minded legislation for the most important part of our democratic journey since the 4th republic began, our elections.

Thus, the people must stand strongly behind it, Mr President must find the courage to do the right thing by signing it into law and refuse to be distracted. The electoral umpire must find the boldness to execute and implement this law when it has been passed.

If we do all of this and more, our country will continue on its journey towards prosperity for all when the leaders genuinely chosen by the people and given the people’s mandate emerge.

Lastly, we urge the President to invite representatives of CSOs, Youth groups and Women groups to the Electoral Bill signing ceremony.