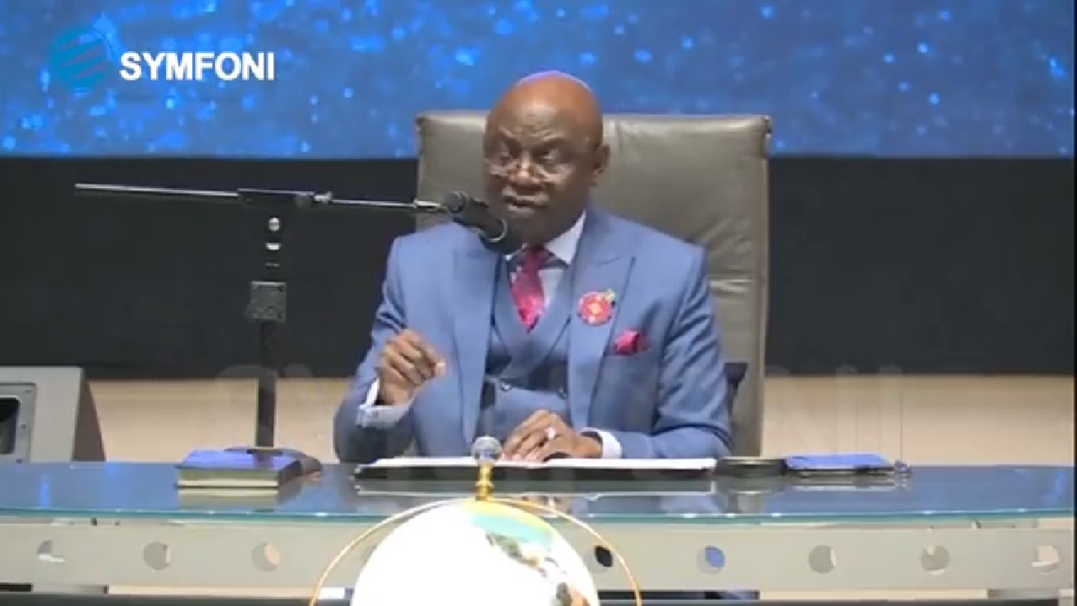 Calvary greetings to true ‘men of God’ and those who sincerely follow Christ Jesus’ teachings in its pristine form. Dear Pastor TB, the undersigned watched a video clip of yours released by SYMFONI where you tried, albeit cynically and misanthropically analyse leadership in the context of Nigeria’s political imperfections. In the very short clip, you had, inter alia taken a swipe somewhat snidely and superciliously at Asiwaju Bola Ahmed Tinubu, the ticket-bearer of the All Progressives Congress (APC). However, permit the undersigned to say without equivocation that in your attempt to sound rather sanctimonious, you clearly showed that you were yet to heal up from your painful (and perhaps most ridiculous) loss in your entire political journey since the All Progressives Congress (APC) presidential primaries were done and dusted over seven (7) months ago.

Of course, there is no apologia for your recent diatribe and envy-laden speech which you may want to term as speaking truth to the nation. Your attempt at denigrating the personage of Asiwaju Bola Ahmed Tinubu under whatever incognito you may have come smirks of biliousness, misology as well as misogyny. Just like another of yours who ostensibly has hitherto found it uneasy to let go of his loss at the primaries, your zero-vote at the June 8 event should tell you, if for anything, that you are a paperweight pastor- politician. It tells how people see you in politics. It shows to the discerning mind that you are a man with ZERO political value who can only devalue another candidate or worst still reduce such person (s) to zero like yourself. After all, anything – figure, person multiplied by zero will always equal to zero.

In the context of your jabberwocky, you had described the statement made by Asiwaju Bola Ahmed Tinubu in Abeokuta, Ogun State where he’d said, ‘èmi ló kàn’ – it’s my turn while addressing a political gathering as an ‘entitlement mentality’ and therefore would most ultimately lead to a tyrannical or despotic leadership under him. How insincere, meretricious, oleaginous and hypocritical could you be? How could you have taken such apropos rejoinder to the artifice and shenanigans Asiwaju’s adversaries plotted against him at that material time as an entitlement credo?

The same you, as much as many of your fellow businessmen in cassocks and on pulpits will encourage worshippers at your sanctuaries to tell God and ‘order’ Him to bless them. Or how do you describe prayers like, ‘Father Lord, you MUST bless me’, ‘Lord, I MUST succeed by fire by force’, ‘Jesus, it is my turn to shine’ among others? Do such prayers from members of your church and others alike not akin to ‘èmi ló kàn’ kinda prayers? Do they not portend a sort of ‘entitlement mentality’ that you now condemn? If it is okay with God and in church, why not in politics, especially when such person has done more than enough to reap from his past efforts?

A man who has continually been engaging several demographies (first time in our political history) cannot be said to run a despotic leadership if he comes to power. Such a man would have laid back without engaging anyone. He would have just waited for the hand over, not taking the risk of constant flights and criss-crossing the country, soliciting for people’s support. But then, your open attack is not flabbergasting. You are a man that is often double-mouthed, Janus-faced and ‘equipoised’. A Zero-vote-during-APC-primaries aspirant pastolician (sic) like you may come out tomorrow and recant your words, stating that you did not take a deep thought about Asiwaju’s statement before making such odoriferous analysis. We are not going to take you seriously.

To the Progressives, you remain an aláràkà that MUST be ignored and like the undersigned opined earlier, you are a zero politically and your value to any serious candidate can only equate such to zero. One good thing is that Aṣíwájú Bola Ahmed Tinubu, idiosyncratic of his nature will not dignify you with response. He will rather leave you to bleat on and dilate your tirade like an eunuch. Enough said, Mr. Man of God. See you at the polls by His grace abundant.

Previous Posts BOLA TINUBU’S RENEWED HOPE – A REVOLUTIONARY SYNERGY OF THE PUBLIC AND PRIVATE SECTOR
Next Posts IYIOLA OMISORE; THE EXPLOITS OF AN UNSUNG SCHOLAR*