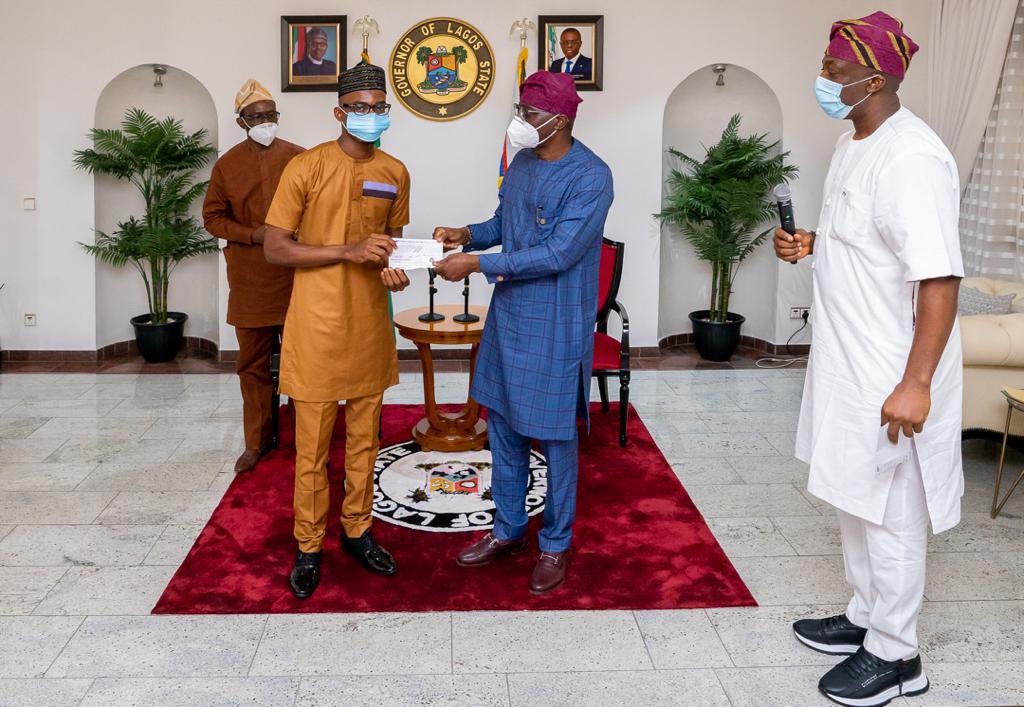 Barely a week ago, the Lagos State Governor, Babajide Sanwo-Olu awarded a fully-funded educational scholarship and a five million naira cash prize plus automatic employment in the state’s civil service to Oladimeji Sotunde a Bachelor of Science degree graduate in Business Administration from the Lagos State University (LASU). The Governor reciprocated the same gesture to Sola Olabanjo a postgraduate student of computer science from the University with a cash prize.

“Excellence is a virtue” a wise man during his lifetime asserted. Another wise man further corroborated this point when he said: “motivation begets excellence”. That is, when a person is motivated and encouraged, he will be spurred to the more. Little wonder many societies in a bid to fulfil the requirements of the above assertion engage in various activities as a method of rewarding outstanding members.

Sadly, the reverse seems to be the case in Nigeria as we prefer to reward unwholesome practises and activities which in the end clog the wheels of the nation’s progress. Just last year, when Agbleshe Moshood Olamilekan who was widely known as Laycoon was declared the winner of the Big Brother TV reality show, the Ogun State Governor, Dapo Abiodun didn’t spare a moment in gifting the winner a cash gift of five million naira, a mansion as well as making him the state’s youth ambassador.

The implication of Abiodun’s action was that the winner of a mere reality TV show which was based on the show of nudity and pornographic scenes and which has been eschewed by the nation’s religious moralists was worth celebrating as opposed to celebrating the thousands of scientific discoveries and technological innovations which have eventually ended in the trash bin.

Other instances abound of personalities who have been initially labelled as criminals in the society and who eventually become recipients of the nation’s national awards, ministerial and ambassadorial positions among others. We would not be quick to forget the likes of Godswill Akpabio who was caught in several corruption scandals and currently sits in the nation’s Aso Villa presiding over the affairs of a ministry.

Time will not be enough to mention cite other relevant examples which include but not limited to Danjuma Goje who is a serving senator etc. This shows the extent to which the nation has misplaced its priority with respect to motivating its citizens, the bulk of who are youths.

Without giving room to an unnecessary argument, Governor Babajide Sanwo-Olu’s action should be a wake-up call to Nigeria and her leaders in the need to set their priorities right and encourage/reward excellence as a virtue. Utilising the Sanwo-Olu formula is the right approach to motivating the myriad of Nigerian youths who have been erroneously brainwashed by despicable actions in the society that acquiring education doesn’t pay in the long run since the society doesn’t encourage those who excel. Who school EPP? We hear them say times without number

One may not be quick to judge or blame them for this belief considering several instances that abound to prove the claim. Does it make sense ay all that lecturers in the nation’s educational institution who spend donkey years studying, reading, attending conferences, writing research publications just in a bid to be regarded as scholars and professors in their disciplines are paid peanuts when compared to legislators who meet barely two or three times a week and who go on incessant recess who are paid millions of naira?

When would then youths not embrace unwholesome practices like thuggery, cultism, Yahoo Yahoo syndrome etc since the people to be regarded as mentors have spots on their garment?

Other leaders both at the federal, state and local level should toe the path of Babajide Sanwo-Olu. Rather than rolling out sewing machines, grinding machines,  and what have you as means of rewarding excellence, we should on the rather motivate bright candidates and place them on fully-funded scholarships or give them jobs that will commensurate with the efforts they have put into place. This should even start from the elementary stage of education.

Putting this into place will prove to the upcoming generation that education is profitable. This will in the end speed up the rate of development and reduce the quest for foreign degrees. After all, excellence begets excellence.