•‘All Lagos’ Retirees Get Their Pension Benefits Every Month’ 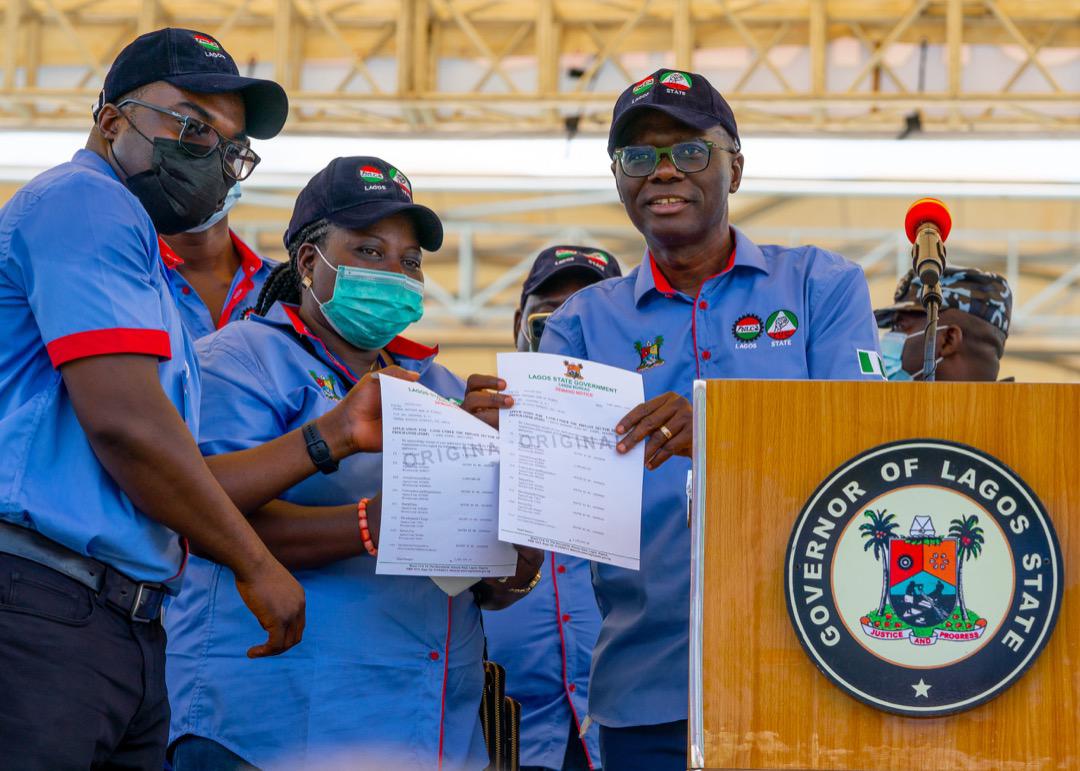 On the occasion of International Workers’ Day commemoration, Lagos workers, on Saturday, reaped a bumper harvest of welfare packages – thanks to Governor Babajide Sanwo-Olu.

The Governor approved 10 hectares of land in Idera, Ibeju Lekki, and Badagry for workers housing schemes. 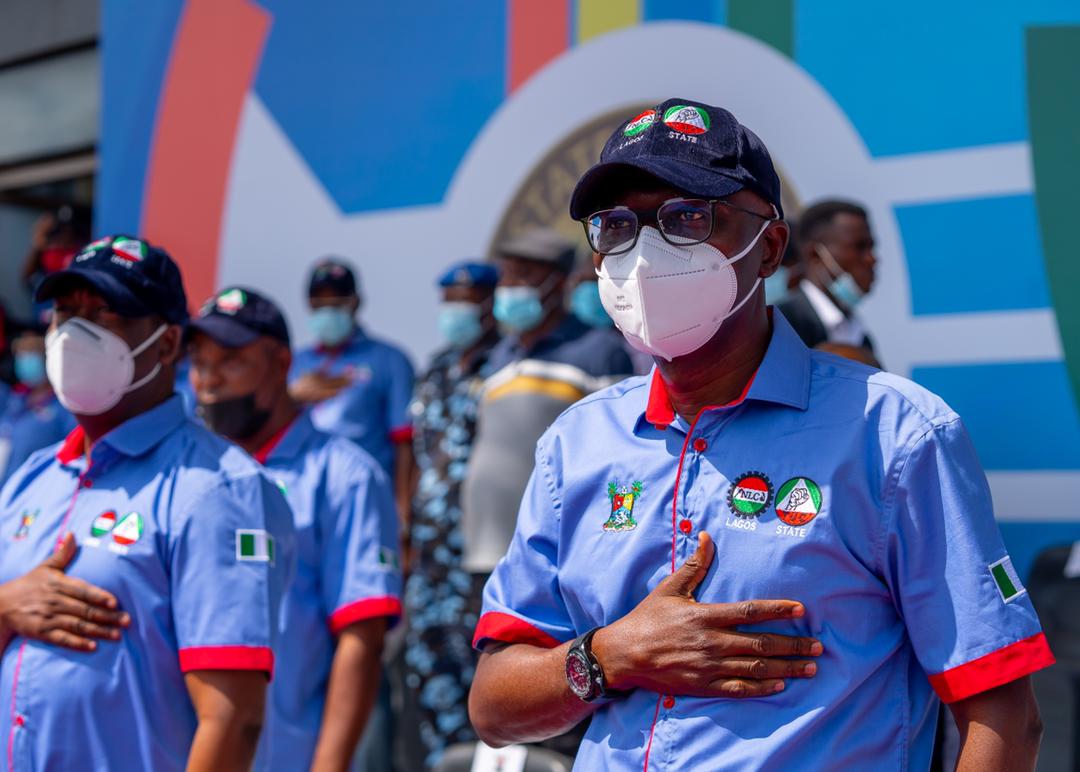 The event, with the theme: “COVID-19 Pandemic, Social and Economic Crises: Challenges for Jobs, Social Protection and Peoples’ Welfare”, was held at Mobolaji Johnson Arena, Onikan in the heart of Lagos.

The two housing schemes will be built by the labour unions with funds from Federal Mortgage Bank. The Ministry of Housing will supervise the project. 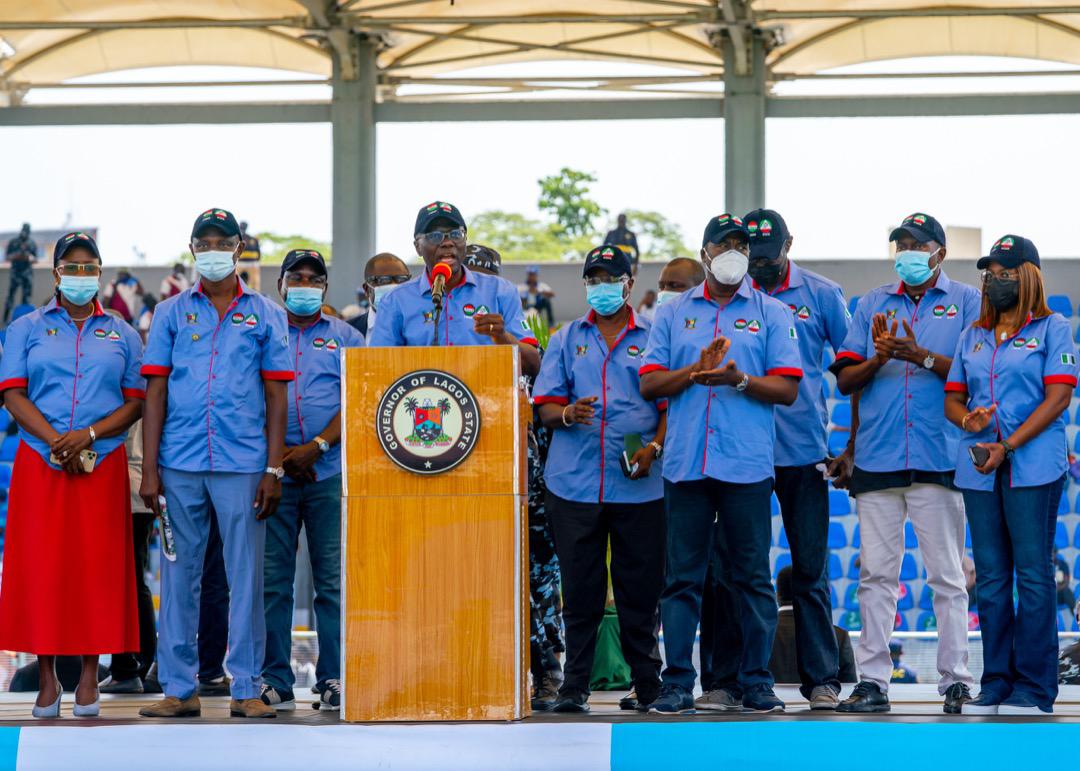 Also, the labour unions will now have a befitting secretariat to aid their operations, the Governor said. The secretariat, Sanwo-Olu promised, will be ready before next year’s May Day.

There was applause as Sanwo-Olu announced the package. He was hailed as “the best worker friendly Governor”. 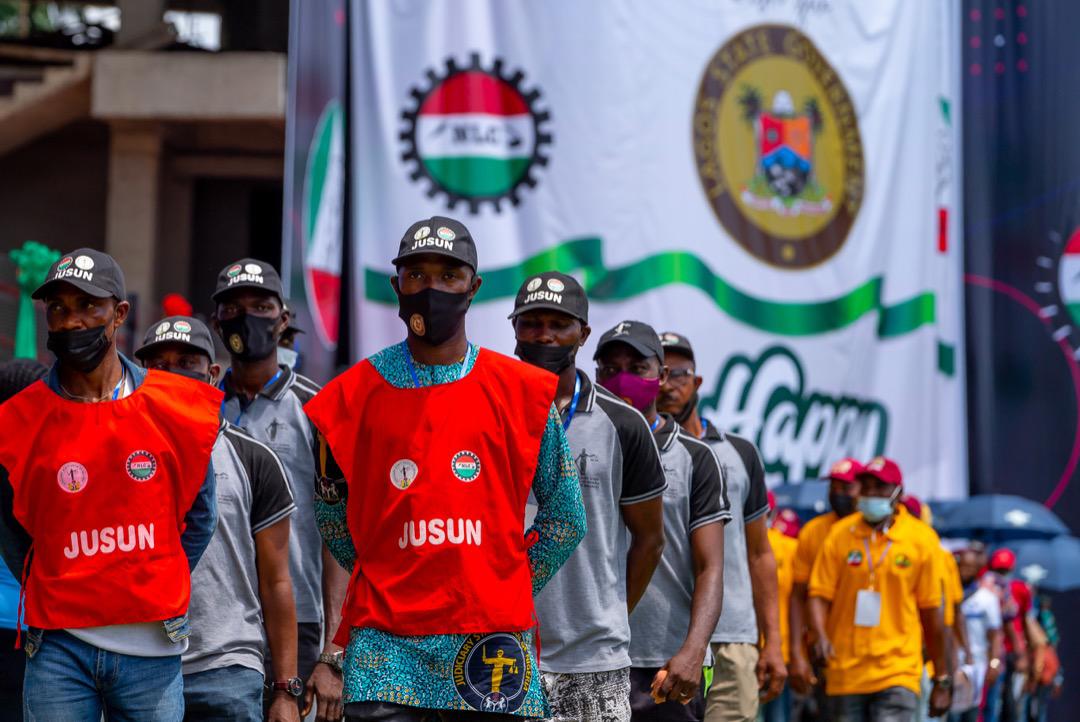 Sanwo-Olu said a productive workforce remained the backbone of a prosperous society, pointing out that Lagos workers are important stakeholders in the growth of the State’s economy and they deserve more than just an increment in the minimum wage.

Sanwo-Olu was the first Governor to fully implement new salary structure that raised minimum wage from N18,000 to N30,000. The Governor approved N35,000 minimum wage, which is above the national benchmark.

Sanwo-Olu said his administration, in the last 12 months, had initiated welfare programmes specifically targeted at improving workers’ welfare and helping them to stabilise their livelihoods, following the economic disruption occasioned by spread of Coronavirus (COVID-19) pandemic in the State. 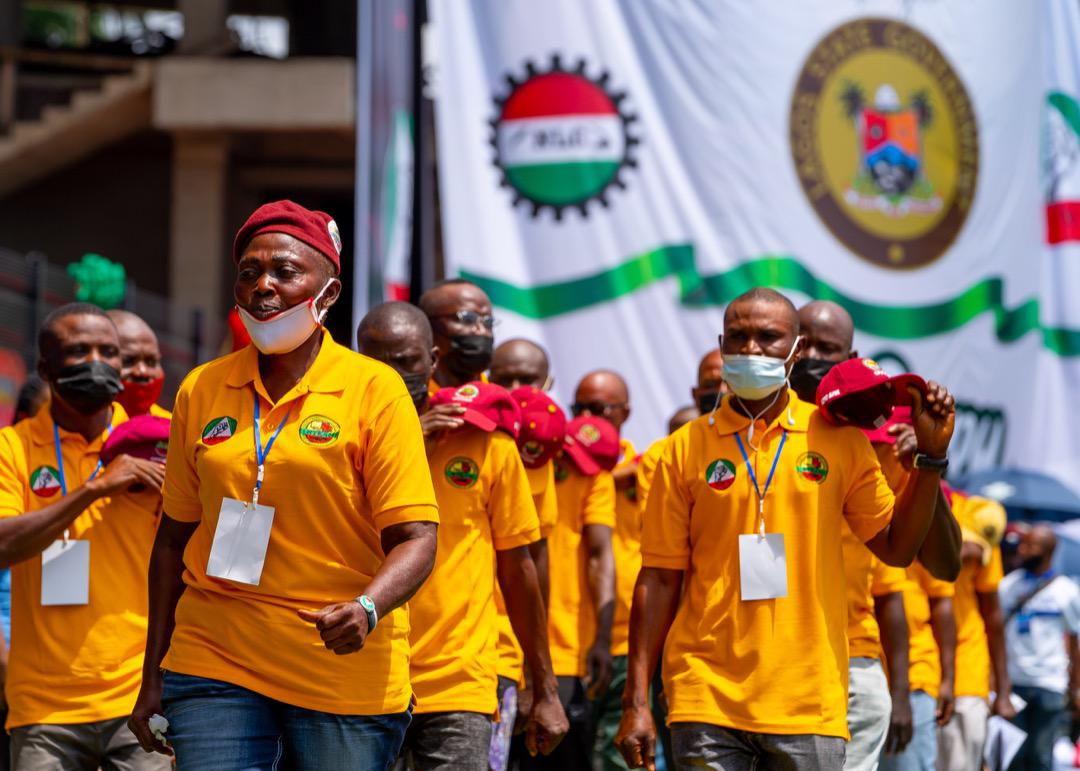 He said: “Today, I am handing over 10 hectares of land to organised labour unions in Lagos State to het mortgage scheme and build a housing estate for workers. The title documents to lands have been approved and I am happy to hand them over to the leaders of the labour unions at this occasion. This intervention is part of our interventions to reduce burden on our workers whose means of livelihood have been affected by the COVID-19 pandemic.

“In the past year, we took a major step in promoting workers’ welfare by revising the 2020 Budget to accommodate the social and economic impact of COVID-19, and to prioritise spending and investment that fulfilled the two primary goals of keeping our people alive and helping them sustain their livelihoods.

“At the beginning of the pandemic, we asked most of our civil servants to stay at home and work from there. I am proud to say that we did not lay off workers, despite the economic recession that accompanied the pandemic and the downward review of the State’s 2020 Budget. We strengthened our social safety net to prevent a widespread loss of jobs, which would have led to a reversal of the progress we have made in the reduction of poverty.”

The Governor specially recognised the sacrifice and selflessness of frontline workers in the COVID-19 response, extending his appreciation to medical personnel and sweepers disposing medical waste.

Henceforth, Sanwo-Olu said the labour unions shall have a representative on the Board of the Pension Commission, pledging that the State Government would extend the courtesy to other labour-centric statutory bodies. He asked the organised labour to immediately forward the name of their representative for the pension board.

He said the State Government had demonstrated sincerity in implementing most of the demands of workers, pointing out that Lagos paid the statutory uniform allowances for medical workers. He pledged commitment to fulfilling demands of the unions that were yet to be redeemed.

Sanwo-Olu disclosed that his administration had cleared the backlog of pensioners’ benefits and did not owe any retiree their monthly allowance.

He said: “We are in the process of increasing the fleet of our buses and we are going to consider supporting labour unions in Lagos with buses for Labour City Transport to assist in movement of workers. We have reviewed the composition of appointees in the Pension Commission; we will make amendment to ensure the labour representative in included.

“We have increased allowance we pay to pensioners and we have consistently ensured that pensioners get their pension the same time State workers get their monthly salaries. There is no pensioner we are owing today; we will continue to ensure that retirees who have served the State are not left behind in our welfare programmes.”

The Governor also donated official vehicles to the NLC and TUC chairmen to assist them in running the unions.

State chairman of NLC, Comrade Funmi Sessi, extolled the Governor’s leadership qualities demonstrated in combating COVID-19, praising Sanwo-Olu for the payment of full salaries of workers who could not go to work during the first and second waves of COVID-19.

The labour leader stressed that Lagos Government had demonstrated exemplary leadership in granting judiciary full autonomy, adding that Sanwo-Olu had created labour-friendly environment for workers in the State, which resulted from the appointment of Special Adviser on Labour Matters.

Lagos TUC chairman, Comrade Gbenga Ekundayo, said the outbreak of COVID-19 pandemic had led to an upsurge in the violation of the rights of workers in the private sector.

He urged the Governor to strengthen social security support and initiate actions that would adequately protect workers in the informal sector and private firms.

He said: “Employers of labour and their human resources advisers have deployed different orthodox and unorthodox measures to mitigate their financial exposures in this period of COVID-19, some of which are not known to Nigerian Labour and Employment Laws.

“Workers in the informal sector who are not organised are more vulnerable and their situation made worse due to the non-existing social security system. Government must urgently look for a way to strengthen social security support so that workers can be adequately protected at all times.”

Highlights of the event included a march by many unions. Sanwo-Olu took the salute.