SANWO-OLU COMMISSIONS NETWORK OF NINE ROADS WITH BRIDGE IN KOSOFE

SANWO-OLU COMMISSIONS NETWORK OF NINE ROADS WITH BRIDGE IN KOSOFE 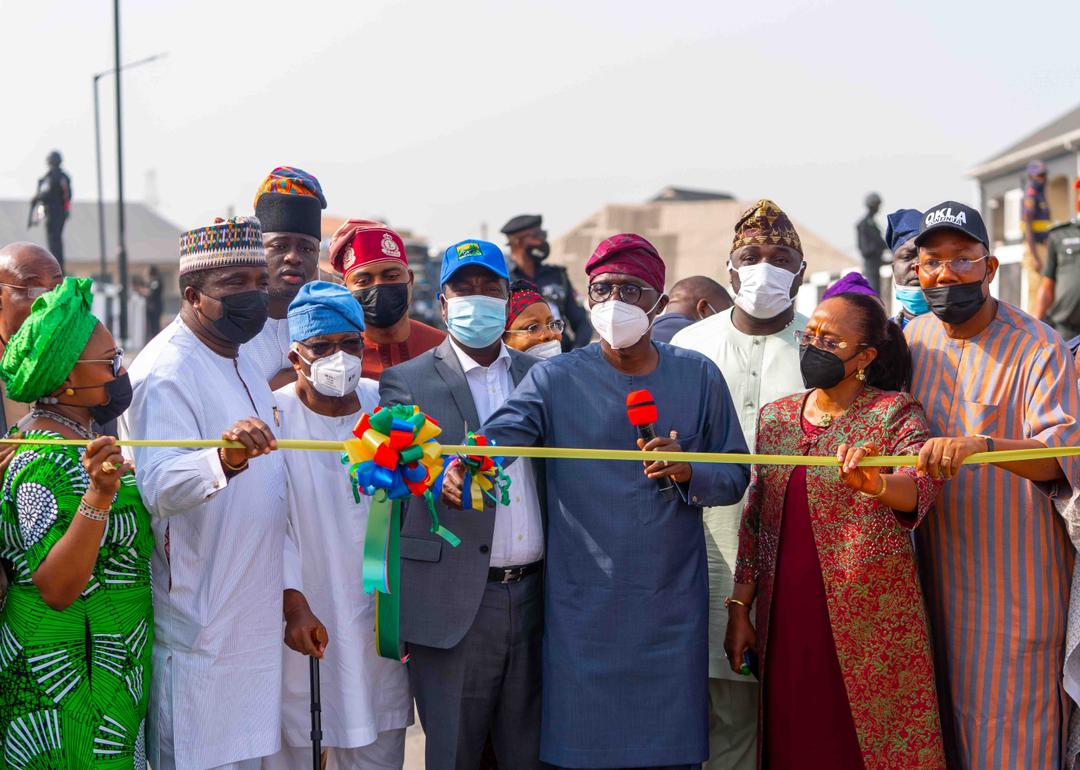 In fulfilment of his administration’s resolve to provide the necessary infrastructure for sustainable development in every part of Lagos State, Governor Babajide Sanwo-Olu on Monday commissioned a network of nine roads with a bridge within Soluyi Community in Kosofe Local Government Area of the State.

The Governor said the commissioning of the nine roads with a total length of 2.840km, including a bridge, which will serve a population of more than 300,000 people, within the Soluyi-Araromi-Ifako-Gbagada communities, demonstrated the topmost priority that his government accords the welfare and well-being of the people of Lagos, in line with the vision of a Greater Lagos. 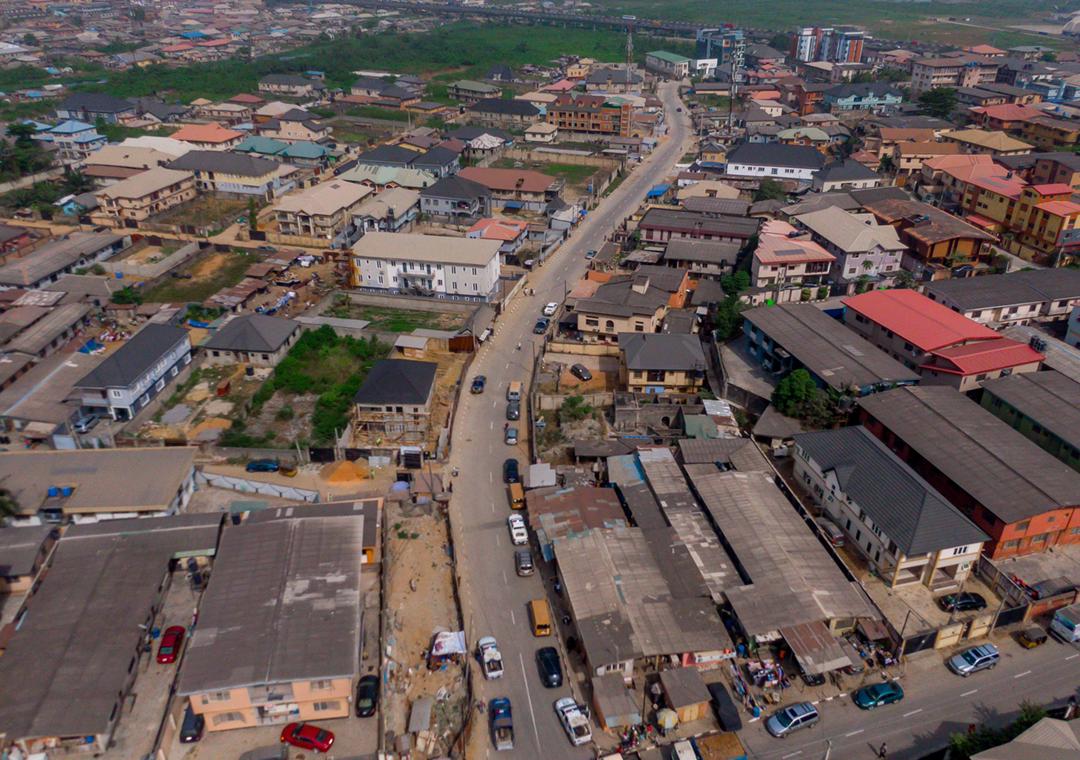 Speaking during the commissioning of the project witnessed by thousands of residents in Soluyi Community, Governor Sanwo-Olu said the completion of the projects bears is promise made and delivered by his administration, to ensure continuity of governance by completing projects that were inherited from the previous administration, especially those that are directly beneficial to the well-being of the people. 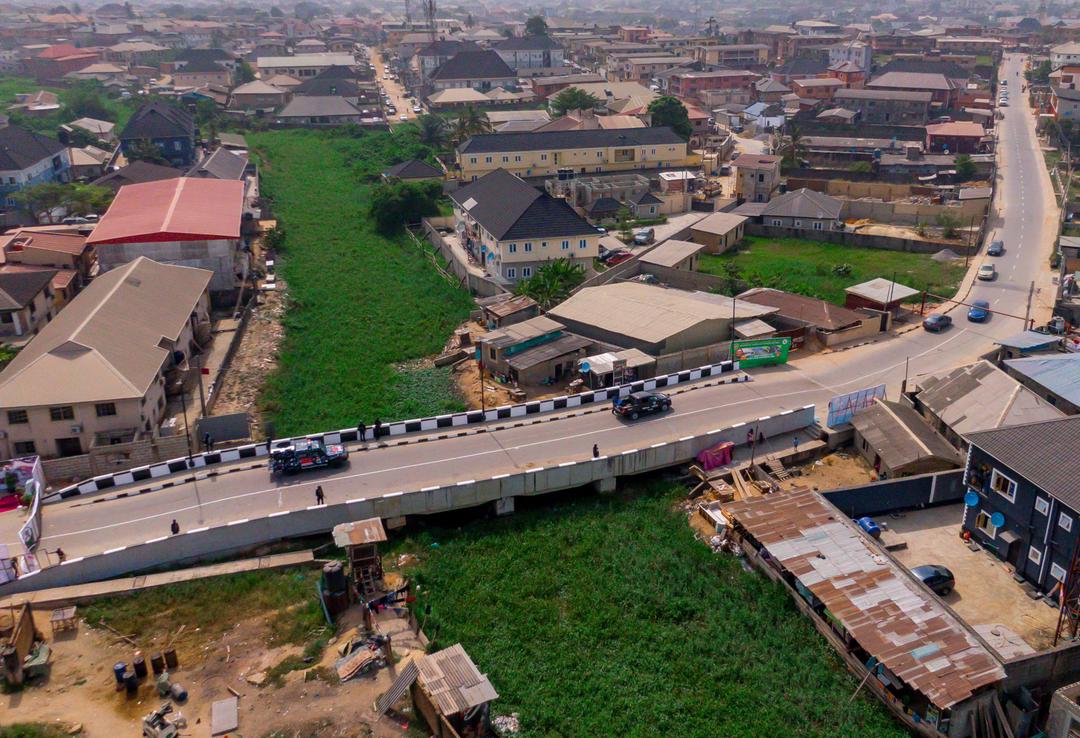 Governor Sanwo-Olu who also expressed commitment to the completion of all ongoing road projects in Kosofe and other parts of Lagos State announced that work would commence in January on the construction of the Opebi-Ojota link road and bridge. 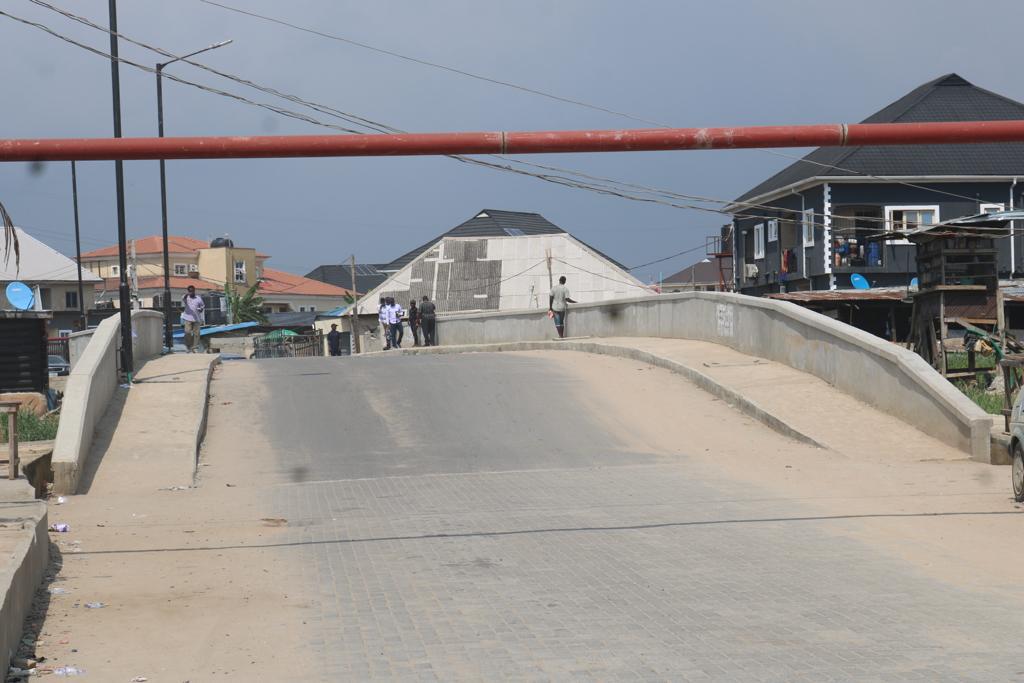 He allayed the fear of the residents of the area, promising that the proposed link road and bridge will not affect their properties as speculated.

“We are going to flag-off the Opebi-Ojota Link Bridge in January. We have awarded the job to Julius Berger and I want to assure you that no house would be demolished. The Right of Way for that road and the link bridge does not have any demolition. It is a swamp and we are going to be doing a bridge. The road and bridge will ease movement from Ikeja to Opebi and Ojota,” he said.

According to Governor Sanwo-Olu, the newly-completed network of nine roads with a bridge will serve as an alternative route, a by-pass, for motorists within the Soluyi Community to the Third Mainland Bridge and Apapa-Oworonsoki Expressway via the Third Axial underpass.

He said the roads will also address the perennial environmental and infrastructural challenges facing the community, including flooding, as well as “increase property values, help improve quality of life and the productivity of residents. He added that it would reduce maintenance cost on vehicles, and reduce the cost of doing business and earning a livelihood in the area.

“And, in addition to all the benefits I have just outlined — improved transport connectivity, the standard of living, environmental mitigation, and so on — these projects have also directly impacted the community in terms of job creation. I am pleased to note that in delivering these projects, jobs were created for about 380 persons: including engineers, supervisors, and various cadres of artisans.”

Governor Sanwo-Olu while stressing the need for people to take ownership of public property, implored the Community Development Association of Soluyi Community to immediately assume ownership and responsibility for the judicious use of the roads, adding that “they must care for them with devotion and dedication, and keep them clean, and the drainage free of waste, at all times.”

Speaking earlier, the Special Adviser to Governor Sanwo-Olu on Works and Infrastructure, Engr. (Mrs.) Aramide Adeyoye, said the driving force behind the construction of the network of roads with a bridge is to ensure connectivity and reduce the burden and pressure on major arterial roads that link to an integrated intermodal transport system which in turn opens up the local economy.

She also appreciated the vision of Governor Babajide Sanwo-Olu and his deputy, Dr. Obafemi Hamzat, to continue to improve the speed and ease with which people can commute from one point to another in line with the State Transport Master Plan.

Member of the House of Representatives representing Kosofe Federal Constituency, Hon. Rotimi Agunsoye, described Sanwo-Olu as a quiet achiever, saying the Governor is doing tremendously well in the delivery of dividends of democracy to the people of Kosofe and Lagos State at large.

Also speaking at the event, a member of the Governor’s Advisory Council (GAC), the apex leadership body in Lagos State chapter of the All Progressives Congress (APC) Omooba Muyiwa Sosanya, described Sanwo-Olu as ‘Infrastructure Governor’

The Chairman Lagos State House of Assembly’s Committee of Works, Hon. Abiodun Tobun, said Governor Sanwo-Olu is a pride of the ruling party, APC noting that the Governor has made the party proud with his performance in different sectors, which are visible in different parts of the State.