… 21 Schemes In The Works, Says Commissioner 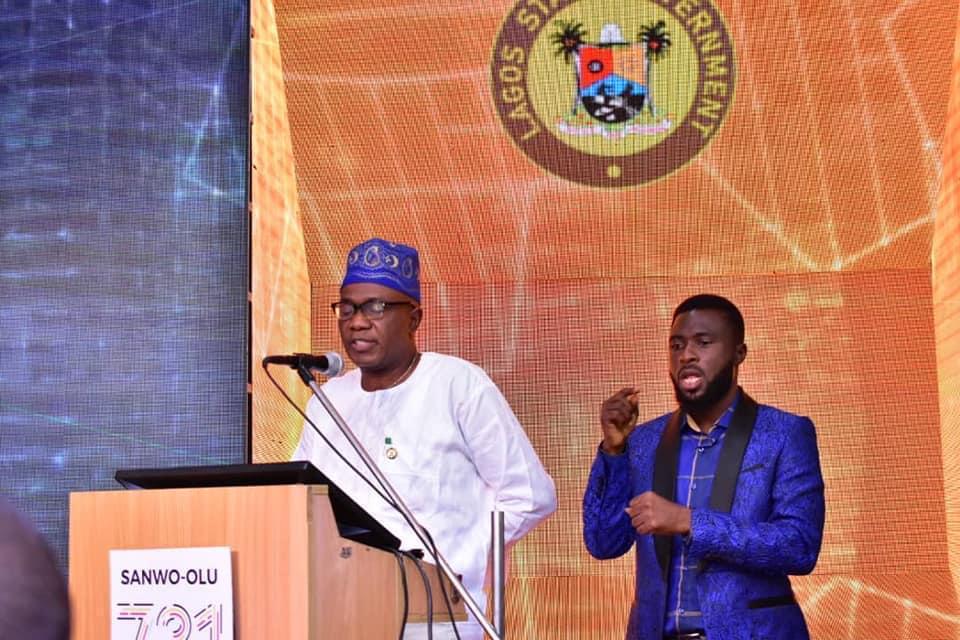 By the end of 2023, Lagos State Governor Babajide Sanwo-Olu would have delivered 35 housing schemes to close the huge deficit in the sector, Commissioner for Housing Mr. Moruf Akinderu-Fatai has said on Tuesday.

Of the schemes, 14 have been delivered within the first two years of the Sanwo-Olu administration, adding over 7,000 affordable housing units to the market.

Akinderu-Fatai spoke on the achievements of the Ministry of Housing during the ongoing inter-ministerial briefing to commemorate Governor Sanwo-Olu’s second year in office.

He said the Government was committed to reducing the housing deficit and providing affordable homes for the greater number of residents, stressing that the Sanwo-Olu administration would be delivering 21 housing schemes before the end of 2023.

The Commissioner was optimistic that the administration would realise its mass housing programmes, despite the prevailing economic situation in the country, adding that policies initiated had enhanced access for low- and high-income families.

He said: “The last two years have been eventful in the Ministry of Housing, as we have strengthened our efforts to realise the housing programmes of the current administration. We have completed and delivered various schemes across Lagos, including Lateef Jakande Gardens in Igando, Lagos State Affordable Public Housing Scheme in Idale Badagry, LagosHOMS Lekki Phase 2 and Babatunde Raji Fashola Estate, Courtland Villas, Igbokushu, among others.

“We have four housing schemes recently completed and are due for commissioning in the coming days. They are located in Odo Onosa Ayandelu, Agbowa, Magodo/Omole, Gbagada and Ibeshe. In all, a total of 14 schemes have been completed and these added over 7,000 affordable housing units to the market. We have other ongoing housing projects, totalling 21 schemes, which are being developed through budgetary allocation and joint ventures.”

Speaking on affordability and accessibility of the schemes, Akinderu-Fatai said the homes are for both low and high net worth individuals in highbrow and low-income settlements, including Igando, Igbokusu, Lekki, Badagry, Igbogbo, Odo-Onosa/Ayandelu, Agbowa, Sangotedo, Epe, Ilubirin, Epe and Egan-Igando.

On the strategies to tackle the housing deficit, Akinderu-Fatai hinted that the State Government was partnering multinational development partners for the construction of mass housing estates. He said henceforth, housing provision would be in the realm of thousands of homes to drastically reduce the burden.

The Commissioner praised Sanwo-Olu for his commitment and passion at ensuring that greater number of residents achieve their dream of becoming homeowners, adding that the State Government needed the support of all stakeholders towards providing decent and stable shelter for residents.

He said: “The task of bridging the housing gap in Lagos is demanding and we are extending our willingness to private sector participants to come in and invest in the housing sector to reduce the hardship faced by the people in their quest for decent shelter.”

Akinderu-Fatai said that the Lagos Mortgage Board had strengthened the “Rent-to-Own” policy, putting many residents on the homeownership ladder. He pointed out that the scheme targeted first-time homeowners, saying: “It has given a good opportunity to both to the low and middle-income citizens to become home owners.”

In the housing development projects, the Commissioner said the State Government had boosted the local economy by hundreds of local workers, artisans, suppliers and contractors for the scheme.

“There are intense construction activities on many housing schemes all over the State revitalising the housing delivery value chain. The fact that the construction sites are active means economic engagement for hundreds of workers, artisans, suppliers and contractors. This brings vibrancy that increases the economic resilience of our people,” Akinderu-Fatai said.

The Special Adviser to the Governor on Housing, Mrs. Toke Awoyinka-Benson, said the Government made efforts to make Lagos an investor-friendly State, given its housing development laws, and establishment of the Lagos State Real Estate Regulatory Authority (LASRERA).