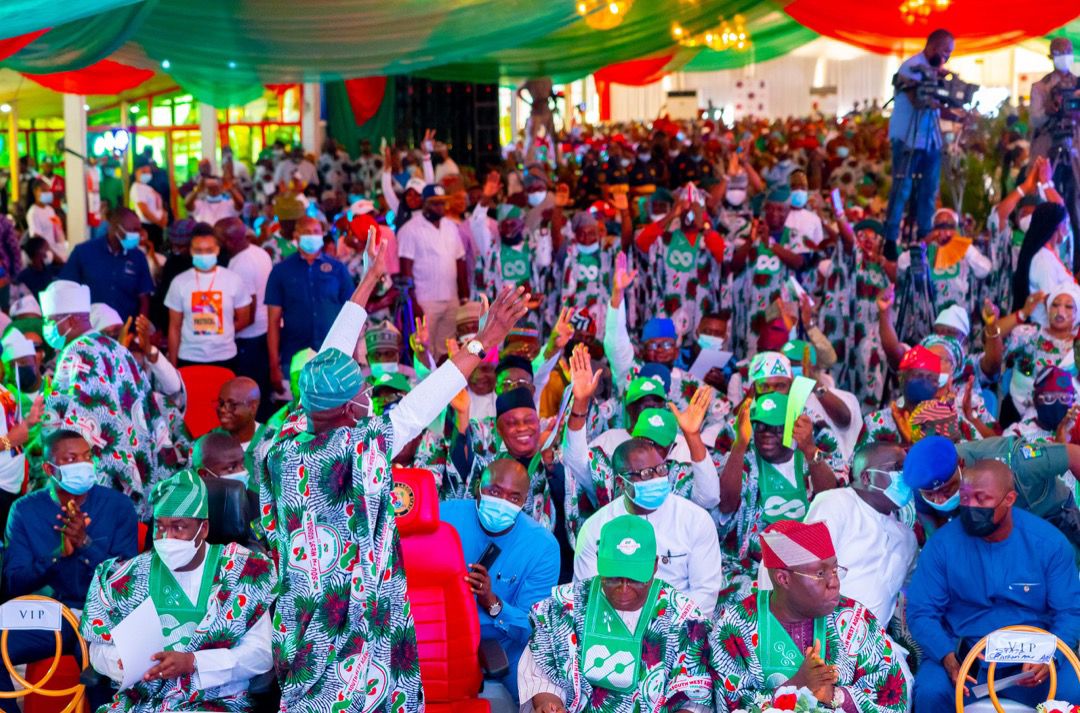 Ikeja – the political unit of the National Leader of the All Progressives Congress (APC), Asiwaju Bola Ahmed Tinubu – literally stood still on Thursday for the formal launch of Southwest Agenda 2023 (SWAGA 23) in Lagos State.

Governor Babajide Sanwo-Olu deployed full political machinery in the State to host the carnival-like event held at 10 Degree Event Centre in Oregun and attended by political leaders from all divisions of Lagos. 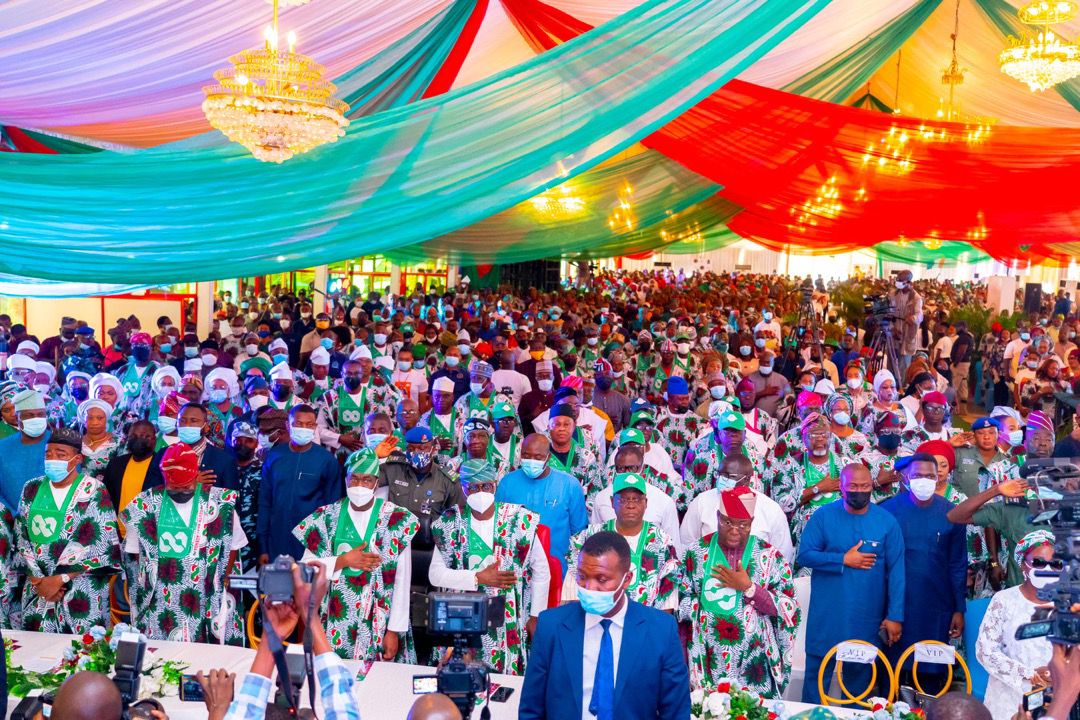 SWAGA, a group being led by Senator Dayo Adeyeye, is a political movement building support base for the former Lagos State Governor in anticipation of his interest to contest for president in the 2023 general elections.

Sanwo-Olu was accompanied by all members of the State Executive Council, lawmakers in the State House of Assembly, and members of Conference 57 to formally unveil the political group. 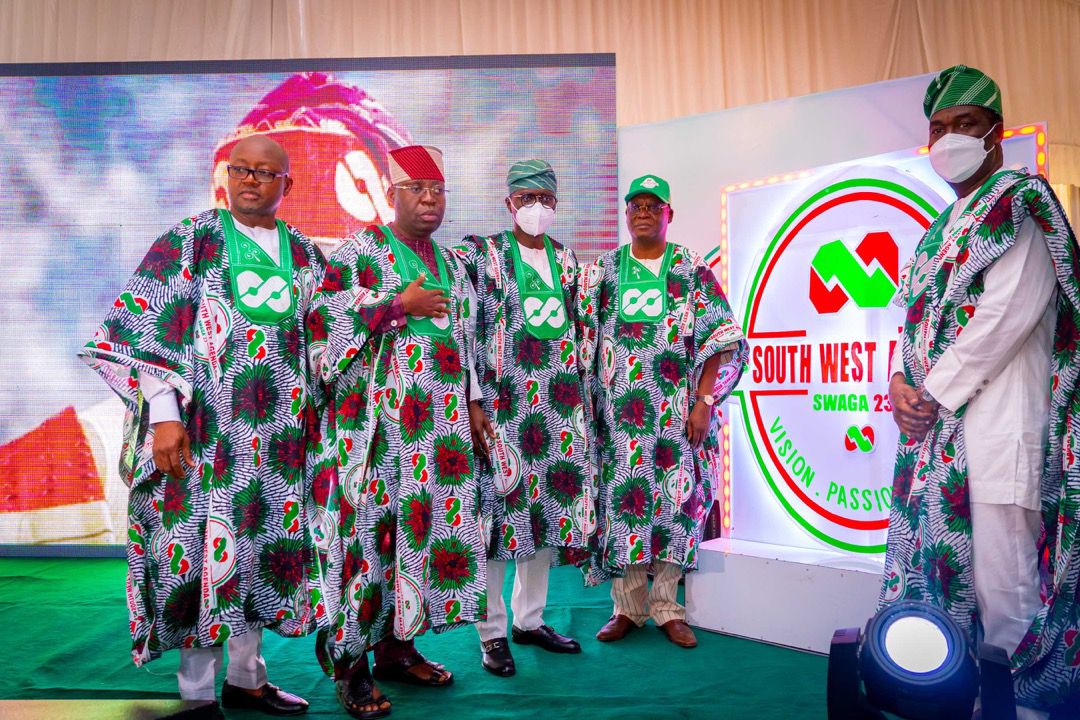 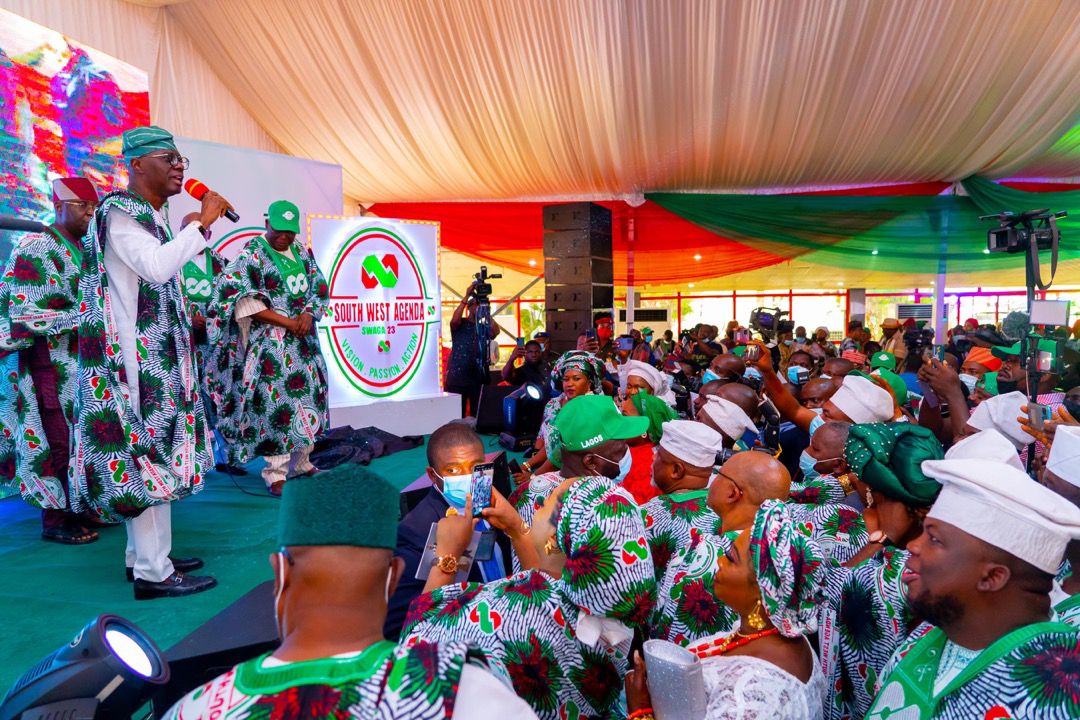 Declaring total support for the group’s agenda, Sanwo-Olu said SWAGA was formed based on the belief in Tinubu’s vision and political philosophy that prioritise development of human capital and economy.

The Governor described the APC National Leader as a “core political thinker” of the contemporary generation, noting that Tinubu’s constituency in progressive politics stood him out as a beacon and rallying figure capable of delivering directional leadership to the country in the next dispensation.

He said: “Asiwaju Tinubu’s story has been a legend in vision, passion and action. These three values stand him out among his contemporaries in national politics today. It is no wonder the man stretches his arm of fellowship beyond Lagos, the State he led for eight years as a Governor and in which he bequeathed the legacy we are building on. He is nationalist in thinking and progressive in action. 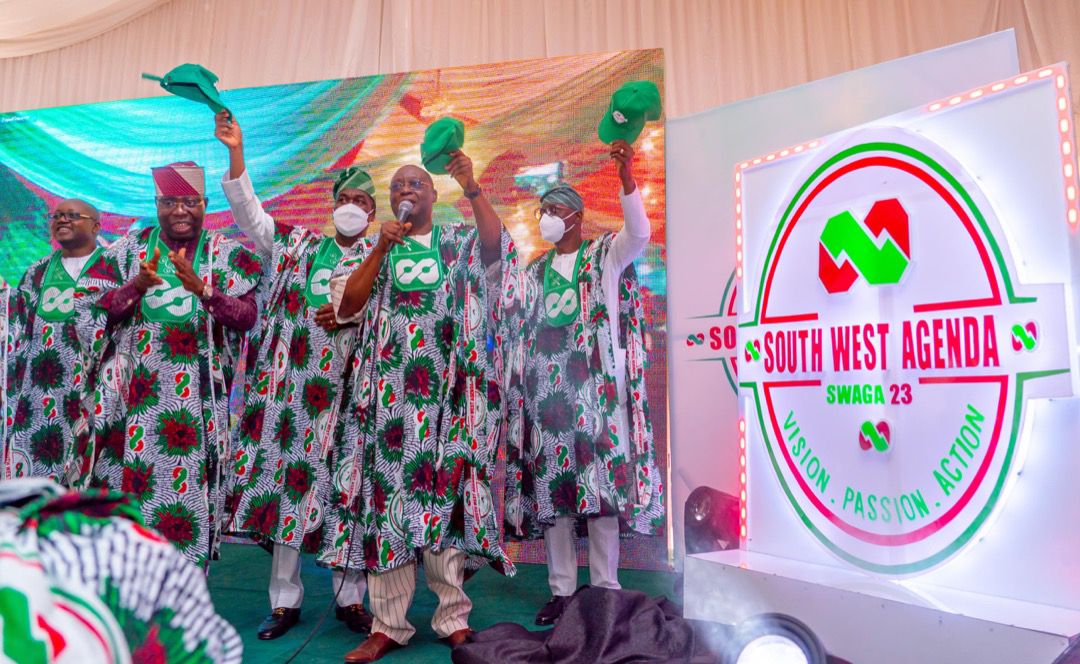 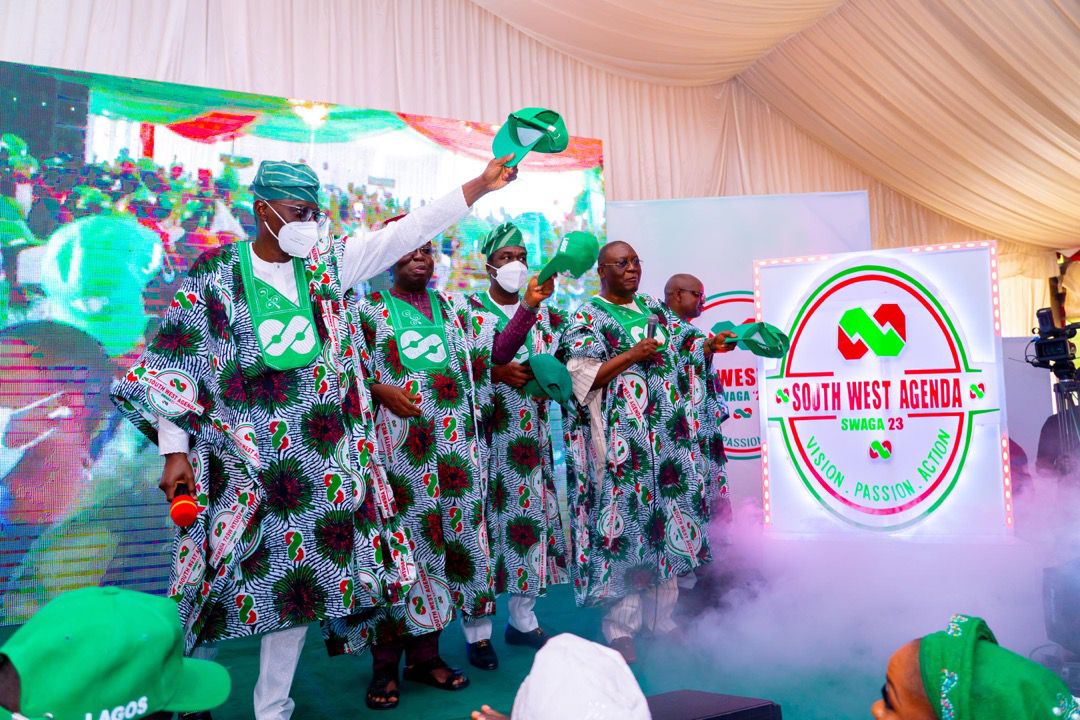 “The SWAGA we are launching in Lagos today is a demonstration of Tinubu’s enduring political principles and strong vision. Those behind the movement took the three values and push them with passion. What we are witnessing today is the action from the vision and passion; this is what SWAGA represents. By the grace of God, we will drive this agenda to logical end and we will all witness inauguration of our political icon come 2023.”

Sanwo-Olu assured the proponents of the movement of his continued support, promising to mobilise more political support for the group. He said he would join hand with SWAGA coordinators to take the agenda beyond the Southwest region and make it national movement.

Deputy Governor, Dr. Obafemi Hamzat, said Tinubu personified the progress the Nigerians had been yearning for, drumming support for the APC National Leader.

“If we want true progress, employment, security and development, we all know who is capable of creating these opportunities for us. He is Asiwaju,” Dr. Hamzat said.

Sen. Adeyeye said Lagos was the last State to be visited since the movement started last December, noting that all political and traditional rulers across the Southwest were in tune with the agenda being pushed by the group.

Before the formal launch in Lagos, the Ekiti-born ex-lawmaker said the group met over 80 traditional rulers in the State to establish SWAGA as a grassroots movement.

Lagos SWAGA coordinator, Mrs. Kafilat Ogbara, said it was time Tinubu let the cat out of the bag, urging Southwest Governors to unanimously join hand with teams of supporters to make a clarion call on the APC National Leader to declare his interest in the presidency.

She said: “Today we are launching a national machinery for the advancement of our nation and rescue it from the challenges of insecurity, banditry, unemployment. Today is a clarion call on all of us that, we will break through if we organise ourselves to focus on the goal and give our total commitment to Asiwaju’s vision.”

Former member of the House of Representatives and chairman of SWAGA in Lagos, Hon. Moshood Alao, described Tinubu as “highly visionary”, noting that the former Lagos Governor possesses all attributes to make a great leader.

“Tinubu is unique in its interest and he is incomparable under the current political dispensation. The current situation in the country requires the leadership of a individual with wider network and support base. No other person fits in that position other than Asiwaju Bola Tinubu,” Alao said.

The keynote speaker, Prof. Otitoju, who spoke on “Credentials of the next president of Nigeria”, listed qualities to be possessed by anyone vying for president in 2023.

He said a thorough analysis of political issues in the country indicated unrivaled political sagacity and good understanding of economic issues in terms of wealth creation remained the most important attribute to be possessed by the next president.

Tinubu remains the most qualified person, Otitoju said, adding: “He is a political tactician who rules over the most diverse State in Nigeria and ensures every ethnic group has contributions to the affairs of Lagos.”

The highpoint was the unveiling of the pro-Tinubu movement’s logo by Gov. Sanwo-Olu and Adeyeye.

Others are traditional rulers in Lagos, traders and market leaders, youth groups and grassroots political organisations.