OFFICE OF THE CHIEF PRESS SECRETARY TO THE GOVERNOR
PRESS RELEASE

•New Hospital to be in 7-Storey, Operates on IPP 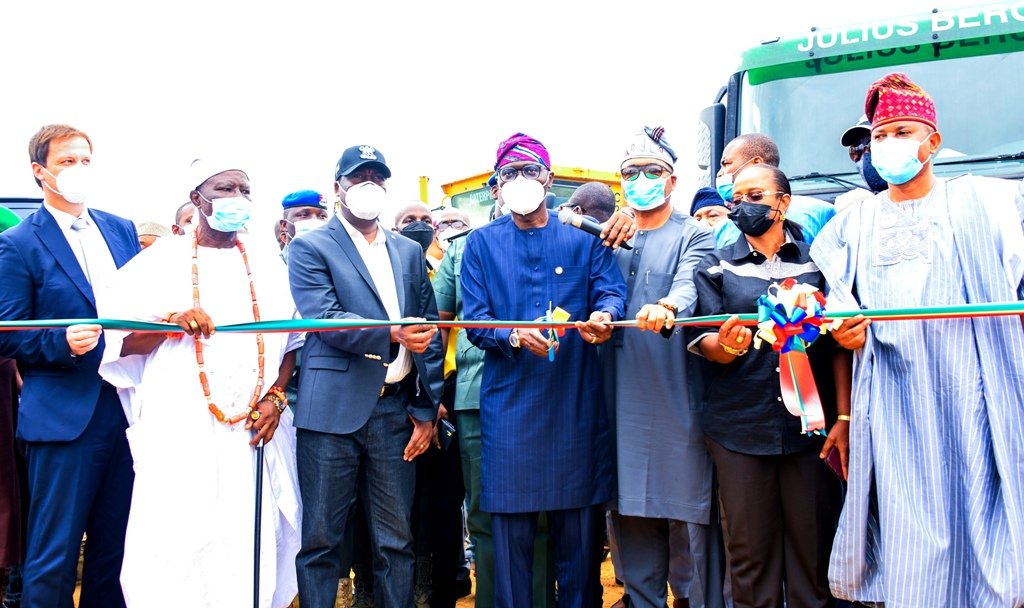 Massey Street Children Hospital – the century old secondary health facility on the Lagos Island and a birthplace of prominent Lagosians – is now to be upgraded and relocated to a convenient site.

The single-storey 85-bed paediatrics facility, established in 1914, is currently overstretched to meet the care demands of children because of the increasing number of patients it receives daily; the inadequacy prompted the State Government’s move to upgrade the hospital in order to meet the needs of the residents. 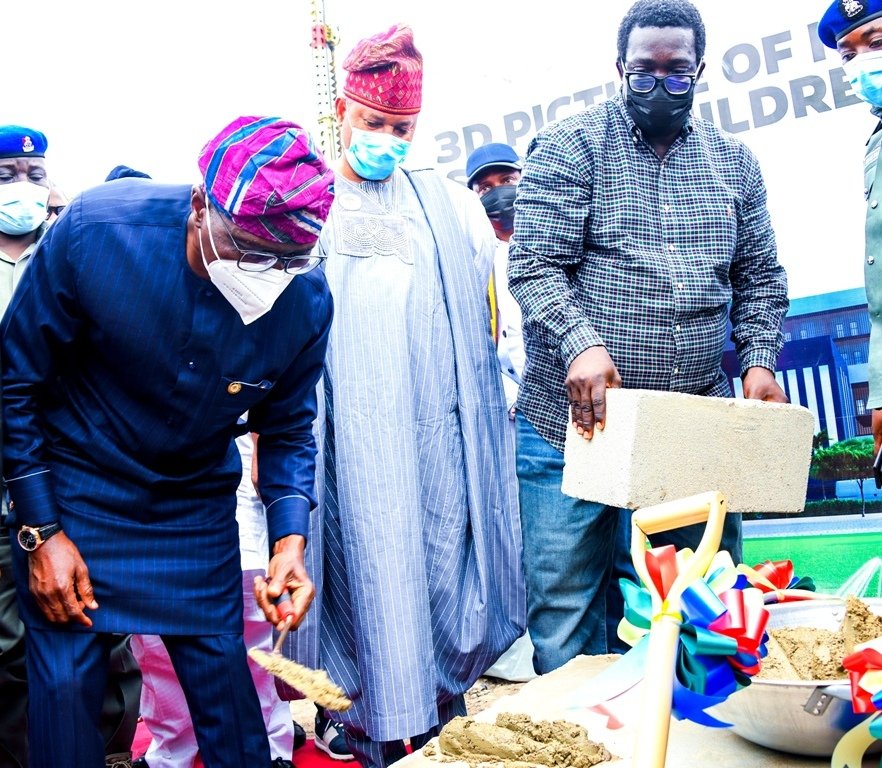 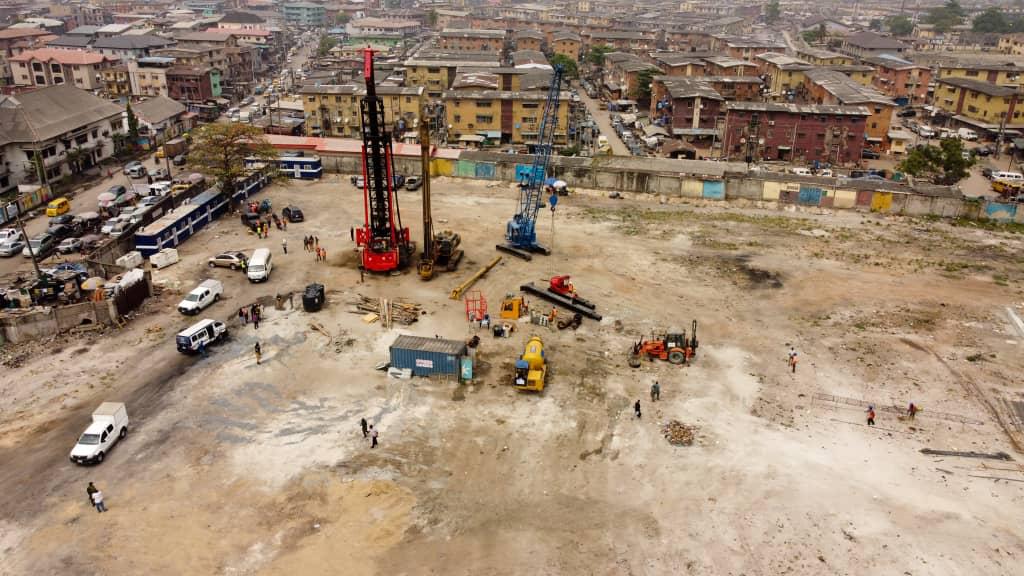 Governor Babajide Sanwo-Olu, on Wednesday, performed the ceremonial ground-breaking for the reconstruction of the hospital on a new location in Adeniji Adele area, where the hospital can conveniently discharge services being rendered. At the event, the Governor also flagged-off the rehabilitation of a network of three roads within Adeniji Adele axis.

At the ceremony was the Deputy Governor, Dr. Obafemi Hamzat, members of the State’s cabinet, and residents of Lagos Island led by the Oba of Lagos, Oba Rilwan Akiolu. 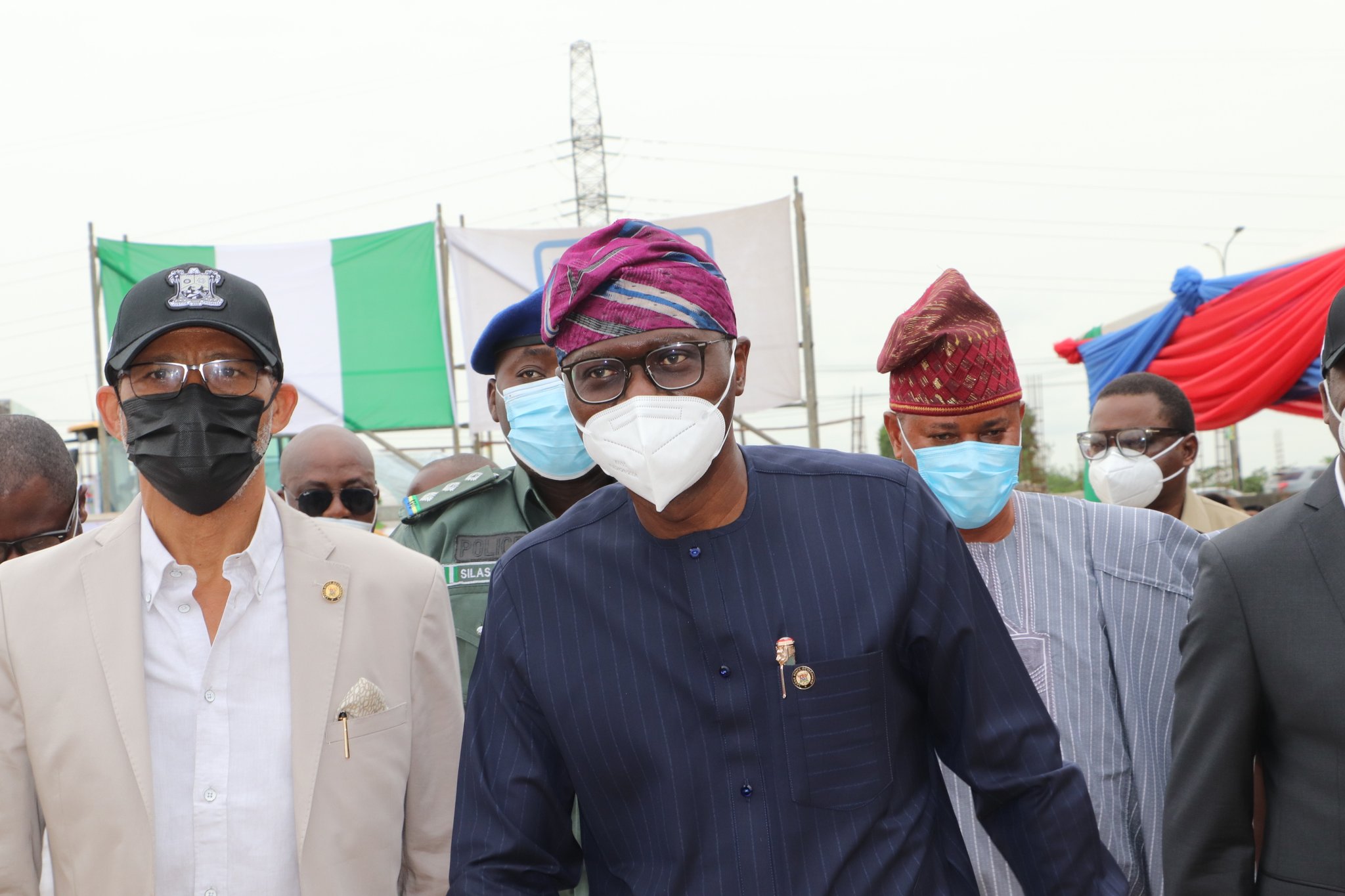 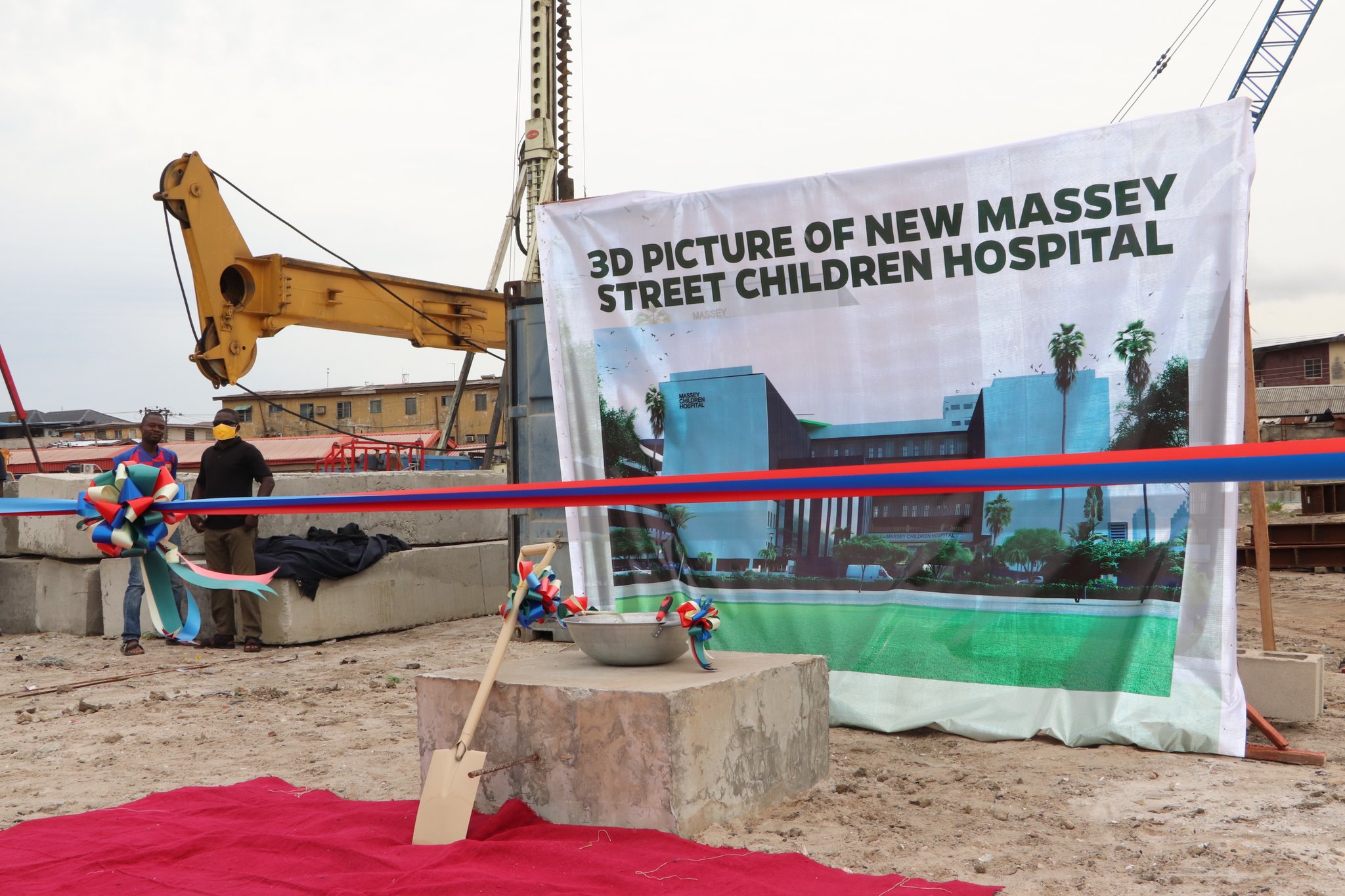 The new Massey Street Children Hospital will operate in a seven-storey edifice with 150-bed spaces, Independent Power Plant (IPP), emergency section and multi-level car park. The facility will be completed in 24 months.

Sanwo-Olu said the construction of the New Massey Street Children Hospital reflected his administration’s determination to close access and capacity gaps in the health sector, adding that the repair work on three roads on Lagos Island was to enable an inclusive development on the part of the Lagos State Government.

He said: “The construction of the New Massey Children Hospital reflects our unwavering determination to bridge all gaps in the health sector while the reconstruction of three major roads on Lagos Island demonstrates this administration’s commitment to an inclusive and non-discriminatory developmental agenda for Lagos State.  As a responsive government, we identified the inadequacy of Massey Children Hospital to continue to meet the needs of a megacity, particularly the children in need of care.

“As a result of increasing number of patients, who daily throng the hospital to access quality medical services, the capacity has been overstretched and the hospital must be urgently upgraded to meet the patients’ needs. Guided by the second pillar of our T.H.E.M.E.S Agenda, which encompasses Health and the Environment, we are rebuilding, remodelling and repositioning the Massey Children Hospital into a seven-storey, 150-bed, ultra-modern and fit-for-purpose Paediatrics and Emergency General Hospital.”

On its completion, the Governor said the hospital would provide secondary integrated care services and acute care to both in-patients and out-patients in line with international best practices.

The Governor said the upgrade of Adeniji Adele Road – a 2.234 kilometre two-lane single carriageway – and the rehabilitation of Okepopo and Tapa Streets would eliminate the perennial flooding often experienced in the area, while also improving road connectivity and traffic flow for commuters.

He said: “We have engaged Messrs Julius Berger Nigeria Plc, a company with a great wealth of experience working in this terrain, and which incidentally, undertook the initial construction of Adeniji Adele Road. I urge commuters and residents of Lagos Island to bear with the temporary inconveniences that usually characterise road construction works of this magnitude. The contractor is under strict instructions to minimise the pains and has been charged to ensure timely completion of the project.”

Before completion of the projects, Sanwo-Olu assured residents of Lagos Island of complete regeneration of Pelewura Market, Jankara, Idumagbo Avenue, Ojo Giwa Street, Swamp Street, and Anikantanmo Street, noting that the project was the next phase of work on Lagos Island. He also promised to meet with residents of Adeniji Adele Estate on the Government’s move to regenerate the residential neighbourhood.

Commissioner for Health, Prof. Akin Abayomi, said the upgrade of Massey Children Hospital was the first to be implemented in the master plan approved by the Governor for the transformation of medical infrastructure in Lagos.

The new hospital, the Commissioner said, is being built on 4,000 square metres to create a comfortable environment for medical workers and patients. Abayomi said the new hospital will have fully equipped Accident and Emergency Department and radiology section, in addition to general and private wards among others.

The conditions of the roads, she pointed out, degenerated over time because of poor drainage and blockage of the water outlet channels.

Adeyoye said the repair effort was a deliberate move by the Governor to activate the complete regeneration of Lagos Island, with an estimated size of 100.42 hectares.

She said: “The roads will be reconstructed and upgraded to semi rigid pavement with reinforced concrete drains, culverts and median barrier, transverse and longitudinal service ducts and installation of Low Emission Diode (LED) powered street lighting. Alternative routes will also be provided for public use in the course of construction, just as relocation of utilities and services will be done before the project takes off.”

Oba Akiolu conveyed the residents’ appreciation to the Governor on the Massey Children Hospital’s expansion and road repair projects, saying Lagos Island remained the heartbeat of the State.

He, however, pleaded with Sanwo-Olu to extend the road rehabilitation to the stretch on Adeniji Adele Health Centre. The monarch also urged residents to accord full cooperation to the contractors handling the projects.