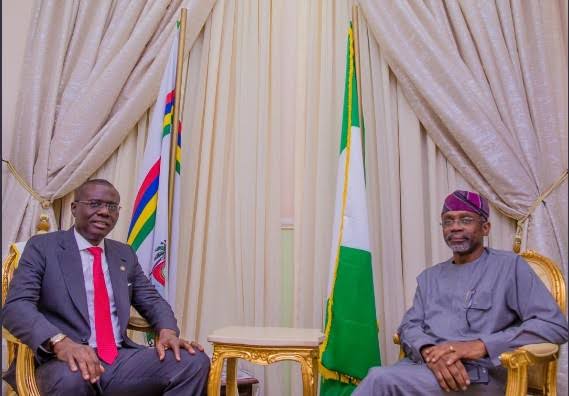 To reduce the importation of fish in Nigeria, governments and farmers have been tasked to work toward attaining self-sufficiency in fish production for the sustainable livelihood of fisherfolks in Nigeria.

The advice was given on Tuesday by the Speaker of House of Representatives, Rt. Hon. Femi Gbajabiamila, Lagos State Governor, Mr. Babajide Sanwo-Olu and the leadership of the National Institute for Freshwater Fisheries Research (NIFFR) at the opening ceremony of a three-day training on Code of Conduct for Responsible Fisheries in Lagos State organised by Ata Global Services Ltd in conjunction with NIFFR.

The training, which was facilitated by Gbajabiamila took place at Watercress Event Centre in Ikeja with the aim of training fish farmers on the Code of Conduct for Responsible Fisheries for Fisheries Policy Makers, Officials and Fisherfolks in Lagos State.

Speaking at the event, Gbajabiamila, who was represented by his Senior Legislative Aide, Mr. Fuad Laguda, said the programme was organised by the Speaker for continuous empowerment of the people of Lagos State and Nigeria in general.

He charged the participants to make good use of what they learnt during the three-day training so that they will be able to give back to society to improve Nigeria’s economy by reducing foreign importation of fish into the country.

In his goodwill message, Governor Sanwo-Olu said the training programme aligned perfectly with his administration’s efforts toward development of aquaculture to meet the fish demand of Lagosians.

Governor Sanwo-Olu, who was represented by his Chief of Staff, Mr. Tayo Ayinde, commended the management of the National Institute for Freshwater Fisheries Research on its efforts at sustaining the legacy of past leadership in the implementation of the mandate, which is strategic to achieving food security with regards to fish production.

He said the training programme by the institute is a step in the right direction to expose youths to opportunities in fish farming.

“It is a thing of concern that given our natural endowment in terms of water resources, a lot of our hard-earned foreign exchange is being expended on the importation of fish as a result of our inability to make our local demand. It is however heartwarming that as a result of strong commitment from the Federal Government to resuscitate and develop the agriculture sector, a lot of progress is being achieved as evident in the drastic reduction of many food importations, including fish and fish products.

“I am happy to note that this training programme aligns perfectly with the efforts of the administration of Governor Babajide Olusola Sanwo-Olu of Lagos State in the areas of development of aquaculture, to meet the fish demand of our population,” he said.

Also speaking, the Chairman of the Governing Board, Chief Mutiu Are urged farmers to echo the need for policy consistency on the part of the government, as well as sustained engagement by development partners in order to transform the latent potentials in Nigeria’s freshwater fisheries sector into tangible results.

Are, who was represented by the Acting Executive Director, NIFFR, Dr. (Mrs) Stella Ovie, said the three-day training is a top-level, high-impact and strategic intervention platform to re-orientate, re-invigorate and propel to international standards the fisheries industry in Lagos State.

He said Lagos State has a real capacity to positively impact and promote the domestication of responsible practices in the nation’s fishery sector in line with the well-publicised vision and policy focus of the Federal and Lagos State governments.

“This particular training programme on Code of Conduct for Responsible Fisheries for Fisheries Policy Makers, Officials and Fisherfolks in Lagos State is especially dear to us for several reasons. Firstly, Lagos State as the acclaimed ‘Centre of Excellence’ in Nigeria is in a prime position to influence the dissemination of fisheries industry best practices across the country.

“Secondly, in line with the policy focus of the Lagos and Federal governments to promote the Lagos mega-city project, it is expected that an economic sector as vast and impactful as that of Lagos State needs to be shaped and upgraded to world standard,” he said.

Speaking in her capacity as Acting Executive Director of NIFFR, Dr. Ovie said the goal of the institute is to attain self-sufficiency in fish and fisheries production for sustainable livelihood of fisherfolks through aquaculture and rational exploitation of inland aquatic resources in Nigeria.

She said the training facilitated by Gbajabiamila in empowering Lagos youths, is very critical in transforming the unemployed citizens, not only to successful entrepreneurship but also employers of labour in their own right.