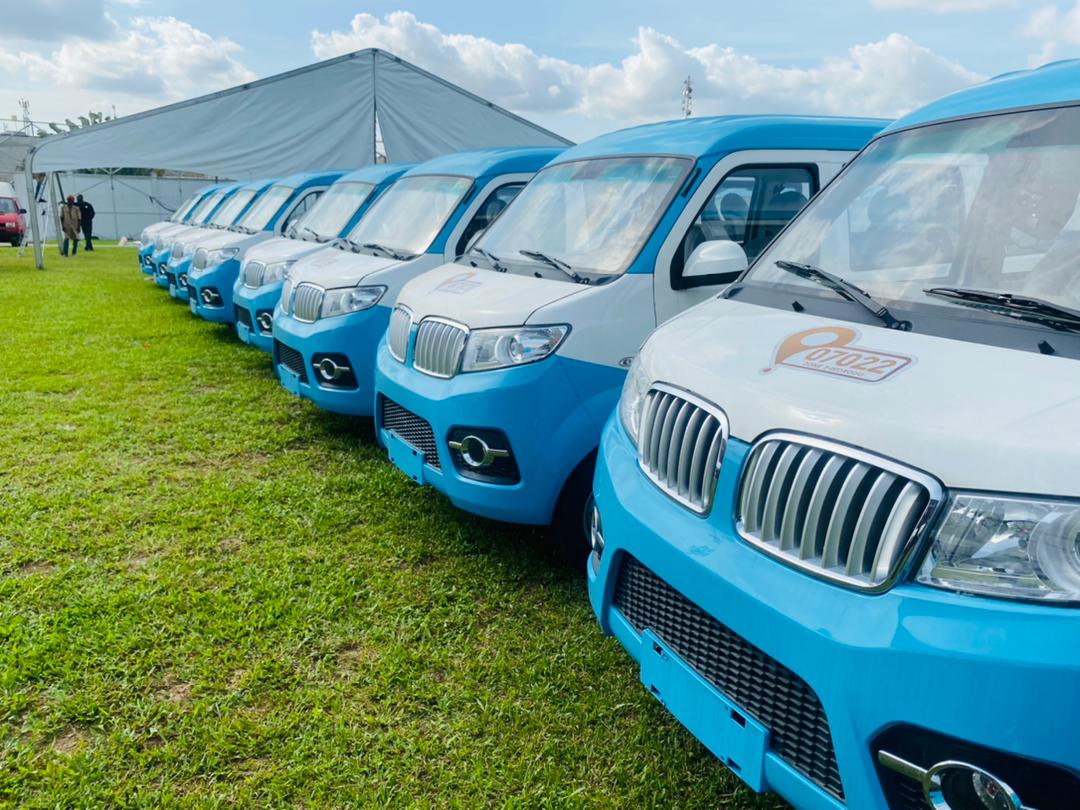 Lagos State Governor, Mr. Babajide Sanwo-Olu, on Tuesday, unveiled a new transport scheme that offers residents a better alternative to commercial motorcycles who got a last chance to behave or be banned. Besides, those who drive against the traffic repeatedly will go to jail for three years.

The Governor launched 500 units of First and Last Mile (FLM) buses, which will be deployed to communities as alternative means of transportation in addressing the security threat constituted by commercial motorcycles, popularly known as Okada. 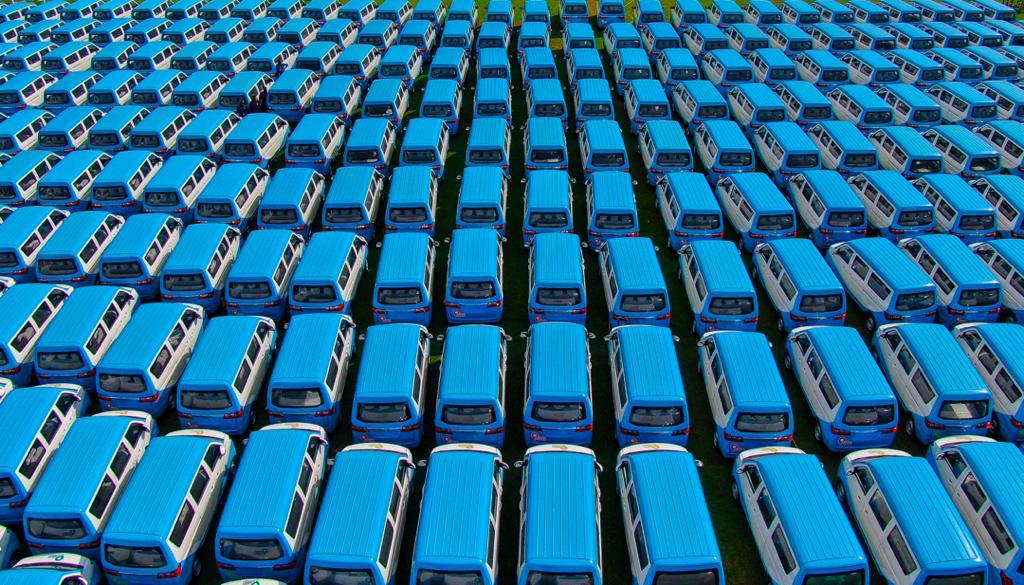 The FLM vehicles, assembled locally, are mini-passenger buses (between 7- and 11-seater), which will operate on 286 community routes. They will take passengers from closest points to their areas of residence to standard transportation corridors. Payment for FLM services will be through an automated payment system, using Cowry Travel Cards. Cowry Travel Card holders who use them on BRT buses and standard route buses can use their cards on FLM buses. 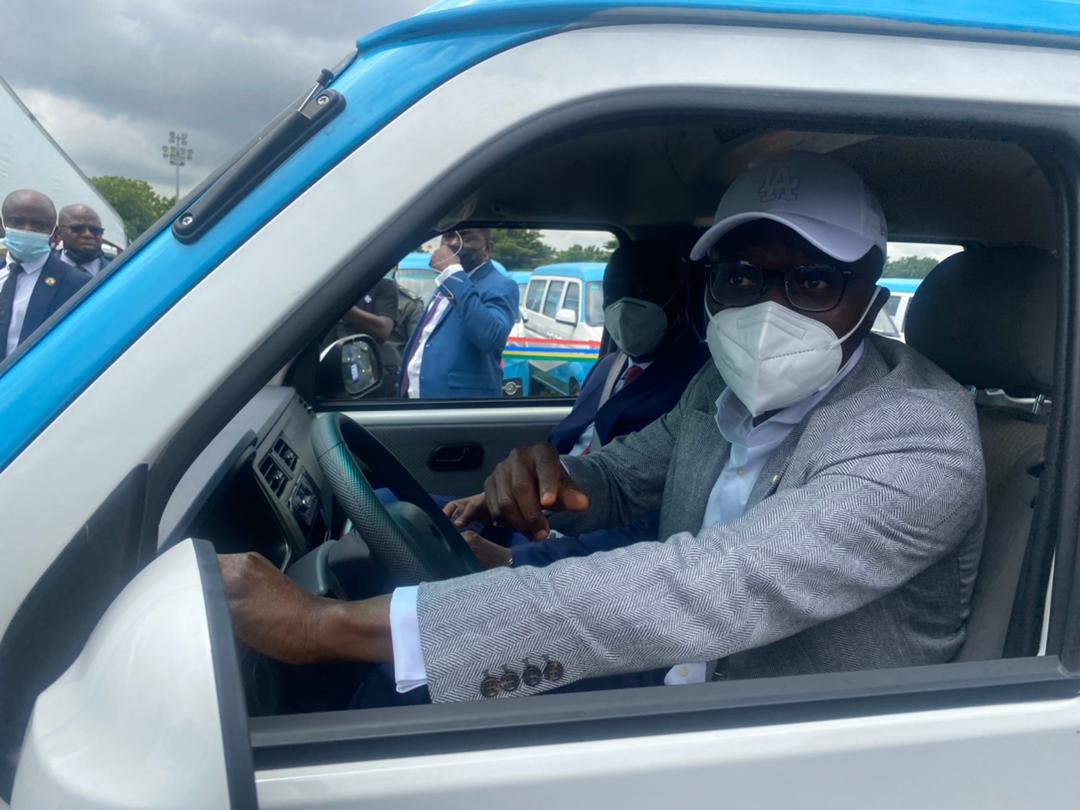 For ease of operation of the scheme, the State Government delineated the FLM’s corridors into eight zones, comprising Ikeja and Ketu (Zone 1), Oshodi, Mushin, and Surulere (Zone 2), Berger, Yaba and Oyingbo (Zone 3) and Lagos Island, Ajah and Ibeju Lekki (Zone 4).

Besides, the Governor inaugurated brand-new 100 high- and medium-capacity buses into the fleet of Lagos Bus Service Limited (LBSL) to replace vehicles burnt at BRT stations during the wave of violence that marred the EndSARS protests, last October.

Sanwo-Olu said the mini buses would address Okada-related crises that had generated widespread concern on safety among residents. Besides, they will offer services which the high-capacity buses were not designed for.

The first fleet of buses will kick off the operation of the scheme. The fleet would be gradually increased to 5,000 buses in the coming months, the Governor said.

He said: “The launch of the First and Last Mile (FLM) Bus Scheme today is an important milestone in our quest to achieving the intermodal transport system which gives our teeming population the choices they deserve, reducing congestion and journey times, and improving the quality of life. It is also in fulfilment of one of the measures we promised as a solution to the security situation discussed at our recent Security Stakeholders’ Town Hall Meeting.

“As a responsible Government, we are launching this scheme in response to two major issues. One is the alarming statistics of fatal accidents recorded from the operations of Okadas in Lagos between 2016 and 2019, and the use of Okadas for the facilitation of crime across the metropolis. The goal is the full implementation of a safer and more efficient alternative transport solution that takes out the need for Okadas and replaces them with safer buses that will help us curb incidents of Okada-related accidents, crimes and robberies.”

A ride on the FLM buses comes with a premium insurance policy on the lives of passengers and the drivers. The operation and maintenance of the buses have been handed over to private operators for efficiency and turnover. The private operators, the Governor said, will recruit personnel for the management of the scheme.

Sanwo-Olu said the State Government had been working with the National Union of Road Transport Workers (NURTW) and the Road Transport Employers Association of Nigeria (RTEAN) as major stakeholders in the State’s Bus Reform Initiative (BRI) being implemented by Lagos Metropolitan Area Transport Authority (LAMATA).

All the unions’ branches within the FLM zones, the Governor said, will participate actively in the implementation of the scheme.

He said: “I call on NURTW, RTEAN and all other stakeholders in the public transportation value chain to ensure that these new buses are well maintained and protected, so that the goals of the new service can be fully realised, and all those who invested can derive maximum value from their investments.

“Our local councils’ chairmen must play their parts in ensuring the roads are free from encumbrances likely to impede the smooth running of the FLM buses. I charge our security and law enforcement agencies to be alive to the crucial role they have to play in the success of this scheme.”

The Governor reinforced the restriction on commercial motorcycles in 15 local councils and 11 major highways, warning that the State Government would mete out stiff penalties to defaulters still riding Okadas within the restricted areas.

Driving against traffic now attracts a jail term of three years for repeated offenders, Sanwo-Olu said, adding: “First-time offenders are liable to a one-year jail term in addition to their vehicle being forfeited to the Government.”

Commissioner for Transportation Dr. Frederic Oladehinde said the scheme was a component of the State’s transport system meant to offer relief to residents in the hinterland in accessing the standard transport corridors through safe means.

He said: “In line with the Transport Sector Reform Law of 2018, the Lagos State Government, through the Ministry of Transportation and LAMATA, has put in place various measures aimed at readjusting its transportation strategies to accommodate FLM scheme to provide all inclusive, safe, convenient, affordable, and accessible services in line with global practices.”

Managing Director of LAMATA, Mrs. Abimbola Akinajo, said the FLM buses operations would start immediately in Zones 2,3,4,5, and 7 captured in the first phase of the bus scheme.

For safety, Mrs Akinajo said a monitoring mobile application had been designed for real time data collection as well as vehicle tracking purpose, adding that all drivers to be engaged in the FLM scheme would be certified by the Lagos State Drivers Institute (LASDRI) to ensure that they are fit to operate the buses.