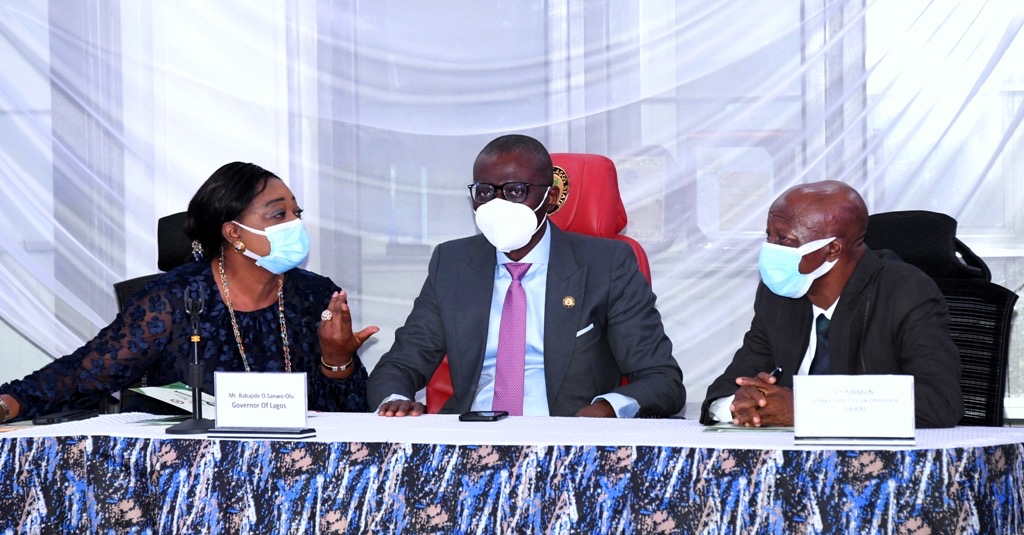 Lagos State Government will be delivering a new hub of commerce at Cappa in Oshodi area to provide subsidised workspaces for Micro, Small and Medium Enterprises (MSMEs) operating in the State.

Governor Babajide Sanwo-Olu, on Thursday, disclosed that the construction of the Cappa hub would be completed in the first quarter of next year and will accommodate thousands of MSMEs operating without workstations. The intervention, the Governor said, becomes necessary to strengthen thriving small-scale businesses and draw down their expenses. 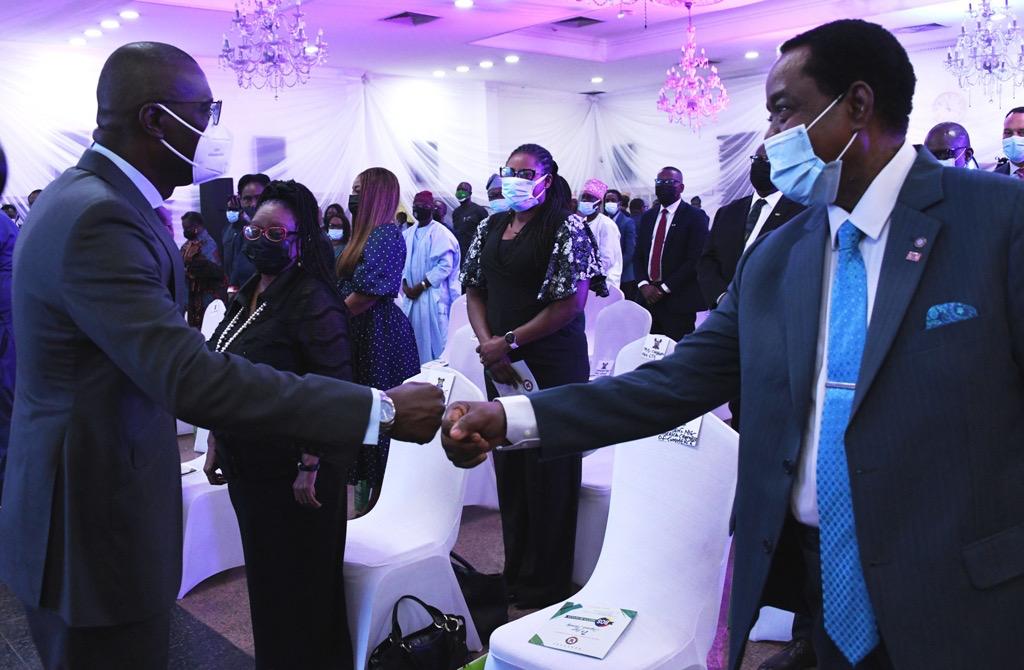 Sanwo-Olu announced the development at the 7th Lagos Corporate Assembly held at the State House in Alausa where the Governor met with members of the Organised Private Sector to chart a new course for the growth of the State’s economy.

Their conversation was centred around reviewing the impact of Coronavirus (COVID-19) pandemic on businesses and resolutions implemented to further improve Ease of Doing Business, thereby making the State’s economy resilient. 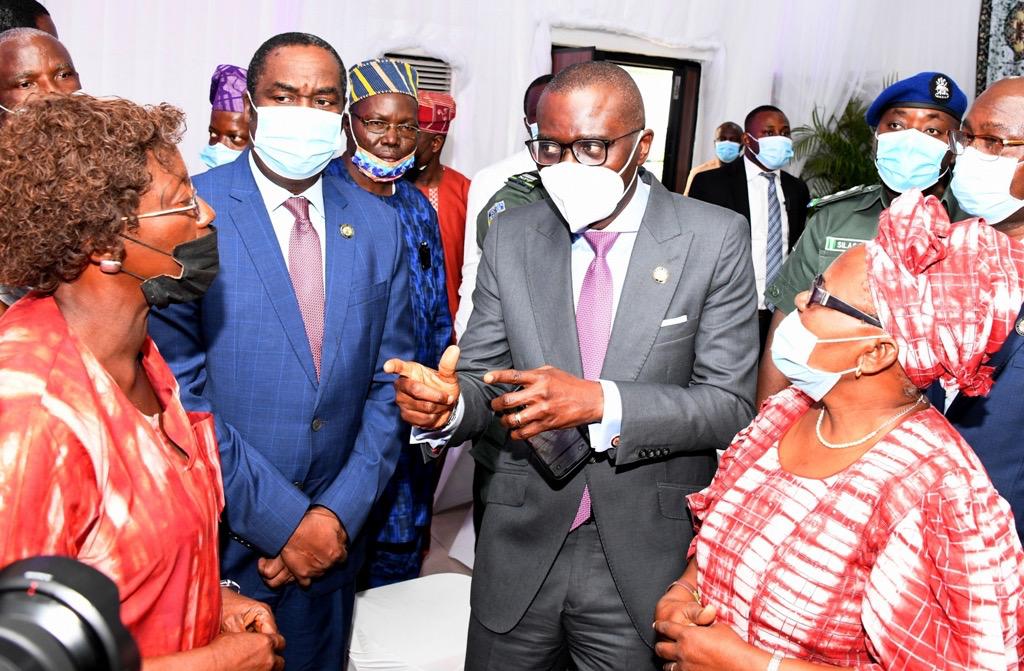 The yearly event is a platform on which the State Government and members of the private sector jointly address regulatory issues hampering smooth running of business activities in Lagos.

Sanwo-Olu, who described MSMEs as “the engine room” of growth, said the State’s economy had continued to climb up because of the resilience of small and medium businesses. The Governor said it was time the Government leveraged the growth opportunities offered by the MSMEs to generate more jobs and revenue by expanding the workspace for operators to co-create and sustain their investments.

He said: “The disruption occasioned by COVID-19 pandemic has further exposed the need to build a more stable and resilient economy through the implementation of sustainable economic policies and proactive initiatives that guarantee a safe business environment. Small and medium enterprises have played significant roles in our economic growth and we will continue to give them the necessary support so that they can thrive and contribute their quota to the development of Lagos.

“We acknowledge that the MSME hub we have in Ikeja has been working fine; but it is oversubscribed and we are looking beyond that. We are currently building another hub in Cappa around Oshodi and I assure all micro, small and medium business operators that the new hub will be commissioned in the first quarter of next year. We are also looking for space in Somolu, Yaba and Obalende where we will replicate the kind of hub we have in Ikeja.”

Aside expanding the workstation for micro, small and medium-sized businesses, the Governor said there would be intervention in the areas of off-grid power, business mentoring, FinTech assistance and fast Internet connectivity. The intervention, he said, will stimulate more growth and generate young employment for the youth.

Sanwo-Olu told members of the business community that his administration had resolved all issues raised during last year’s edition, sharing some of the progress with the investors.

He said the State Government had implemented the Harmonised Inspection Workplaces Policy suggested at the Assembly last year, which grouped together the complementary regulatory activities of Ministries, Agencies and Departments (MDAs) at business premises.

He said: “You raised the issue of incentives and palliatives to cushion the effects of the COVID-19 Pandemic on your businesses. We responded by granting businesses a 25 per cent discount on early payment of Land Use Charge, and offered waiver on three-year penalty covering Years 2017, 2018 and 2019 on Land Use Charge default.

“We have also addressed your concerns about the activities of the Vehicle Inspection Service (VIS) officers and their approach to traffic law enforcement by adopting Automatic Number Plate Recognition Cameras while we have stepped up our enlightenment campaigns on road safety and traffic laws.

“One of our most significant achievements of the sixth edition of the Lagos Corporate Assembly is our investment of N1bn seed money in the tourism sector to mitigate the impact of the pandemic on the tourism and hospitality businesses.”

The Governor pledged to address new resolutions raised by members of the organised private sector and promised that there would be improvement before their next meeting.

Commissioner for Commerce, Industry and Cooperatives, Dr. Lola Akande, said the Sanwo-Olu administration, since inception, had sustained investment in the provision of infrastructure across major sectors identified in the T.H.E.M.E.S agenda, with potential to grow the annual Gross Domestic Product (GDP) of the State.

Akande said Sanwo-Olu introduced various stimulus packages and incentives to further enhance economic growth, including the repeal of the 2018 Law on Land Use Charge which granted concessions and incentives on applicable charges, and the refund of the five per cent initial loan deposit by MSMEs to all customers who completed their loan repayment with Lagos State Employment Trust Fund (LSETF).

She noted that the ongoing installation of 6,000 kilometres fibre optic cables across the State would assist businesses whose operations are dependent on efficient Internet services, adding that the request of waivers by the private sector on water abstraction charges had cut the cost of permits by 75 per cent and granted five-year arrears waiver.

“At a time when the pandemic is ravaging the world, discussions on the establishment of a new type of strategic partnership, more dialogue and exchanges between Government and the Organized Private Sector (OPS) will revitalise businesses in the state,” Akande said.

Special Adviser to the Governor on Sustainable Development Goals and Investment (SDG&I), Mrs. Solape Hammond, said all growth predictions about Lagos were becoming the reality daily, which, she said, explained the reason the Sanwo-Olu administration had sustained investment in infrastructure in specific areas.

She said the State Government had implemented 91 per cent of the 109 resolutions passed at the Lagos Economic Summit (Ehingbeti), an indication the State remained on the right track to address its challenges.

President of Lagos Chamber of Commerce and Industry (LCCI), Mrs. Toki Mabogunje, praised the Governor for accelerating the implementation of previous resolutions, stressing that the forum recognised the role being played by the private sector in the development of Lagos.

She urged the State Government to continue to promote policies that would support job creation in specific growth areas.

Vice President of Manufacturers’ Association of Nigeria (MAN), Chief John Aluya, pointed out that 2020 ended with a downturn of capacity utilisation across industrial zones of the State due to COVID-19. He, however, praised Sanwo-Olu for the effort to reduce the effects of the pandemic on businesses and workers in the manufacturing sector.