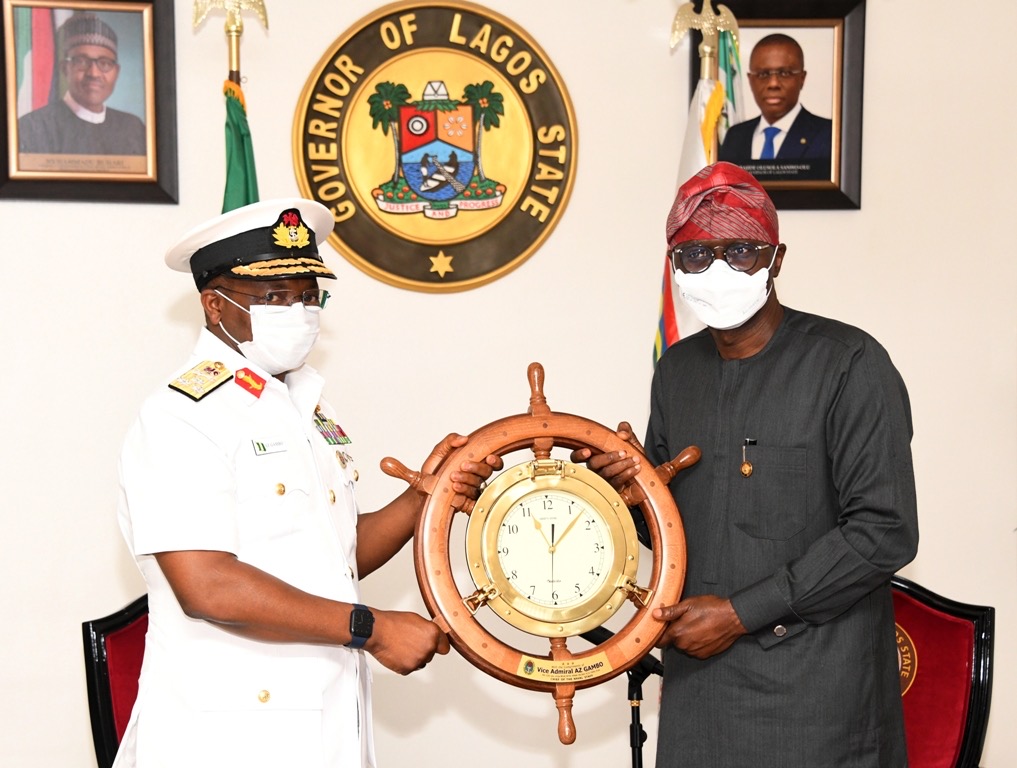 Lagos State Governor, Mr. Babajide Sanwo-Olu has urged the security agencies and Nigerians to brace up and work collaboratively to keep Nigeria safe and secure internally and externally.

He said Lagos State Government will continue to have a robust security architecture with the Nigerian Navy and other security agencies for security of lives and prosperity of the citizens. 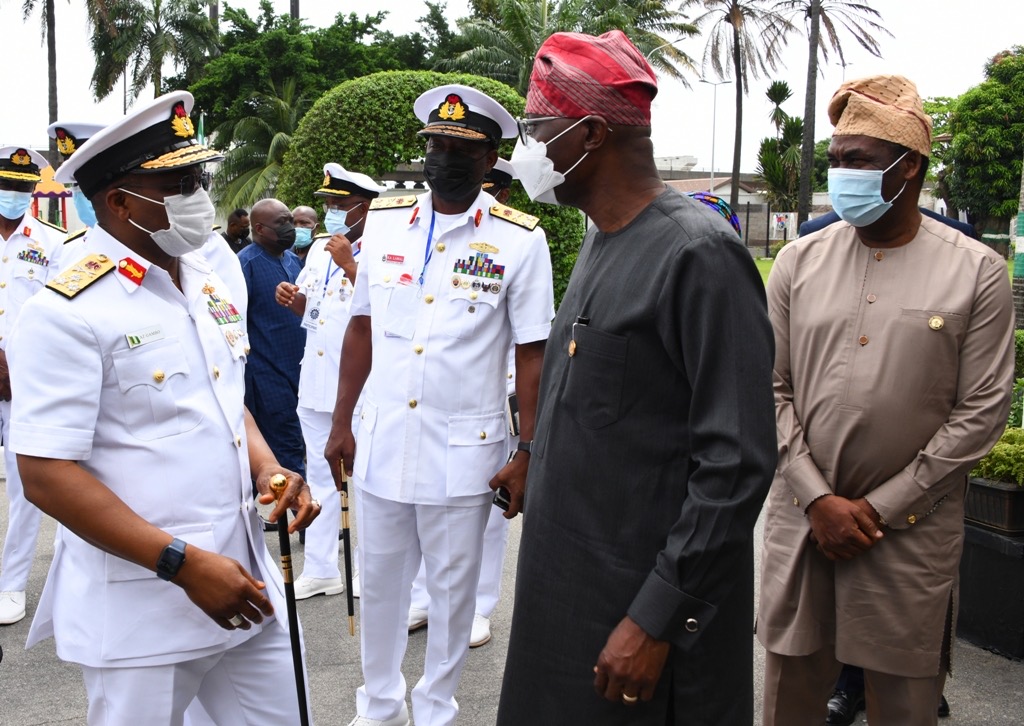 Speaking on Tuesday during a courtesy at the Lagos House, Marina by the Chief of Naval Staff, Vice-Admiral Awwal Zubairu Gambo, Governor Sanwo-Olu reiterated his administration’s commitment to increase investment in the waterways to further boost Lagos State’s economy and security.

He said: “We will continue to have a robust security architecture with the Nigerian Navy and other security operatives; Nigerian Army, Nigerian Air force and others. 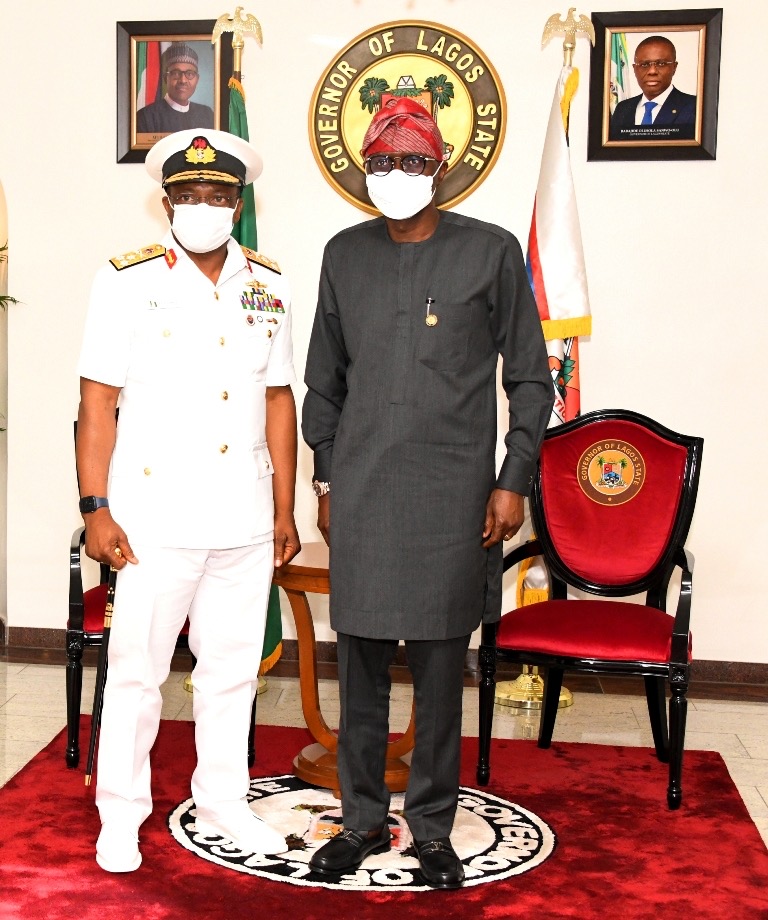 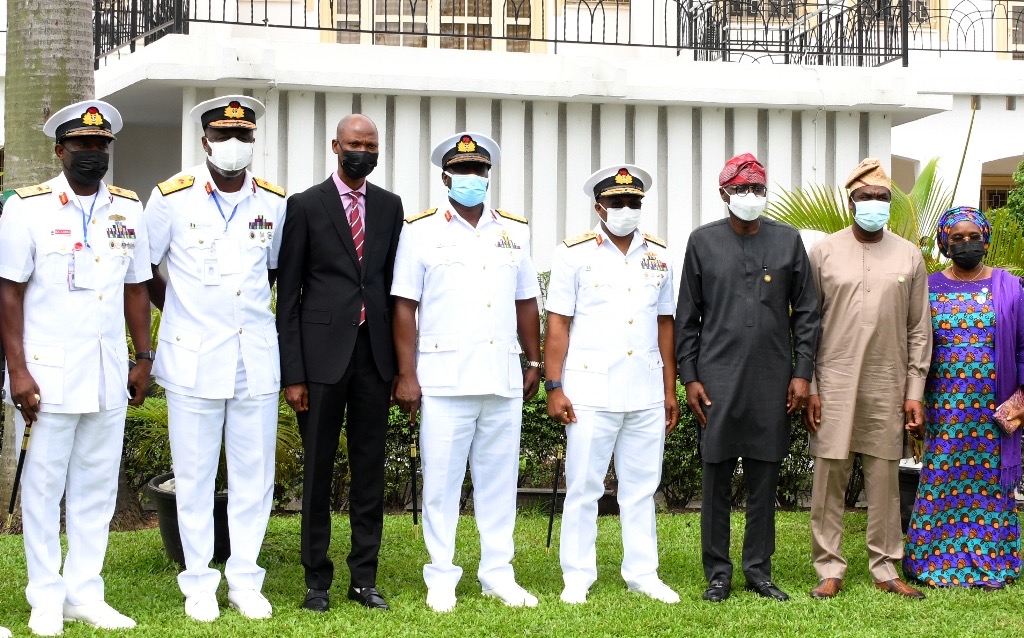 “I believe we are in a very difficult stage in our country and all hands must be on deck. All of us must brace up in different spheres and work collaboratively to ensure that we continue to keep our country safe and secure internally and externally.”

Speaking on his administration’s commitment to water transportation, Governor Sanwo-Olu said the Government is currently increasing the number of jetties and ferry terminals, training rapid response waterways team and building a command and control centre to make water transportation safer and attractive to residents, while also rehabilitating a number of roads around the Navy Town in the State.

Sanwo-Olu also commended the Nigerian Navy for its impactful activities in Lagos, stressing that the State would continue to render the necessary support to ensure a robust security architecture.

Speaking earlier, the Chief of Naval Staff who was accompanied by top Naval officers, said the courtesy visit to Governor Sanwo-Olu was aimed at strengthening the cordial relationship with Lagos State.

Vice-Admiral Gambo who thanked Lagos State Government for the land allocated to the Navy in Epe, said one of the three newly allocated Naval bases in Lekki would soon be developed to avoid the Tin-Can Island situation at the Lekki Deep Sea Port.

While informing Governor Sanwo-Olu of the measures the Nigerian Navy had taken to check piracy, sea robbery and other crimes on the Maritime space, the Chief of Naval Staff promised that the Navy would continue to do its best to maintain the Maritime security of Lagos.

He said there is a very cordial relationship between the Nigerian Navy, Lagos State Government and the good people of the State, noting that the State had contributed greatly to the success of the Nigerian Navy.