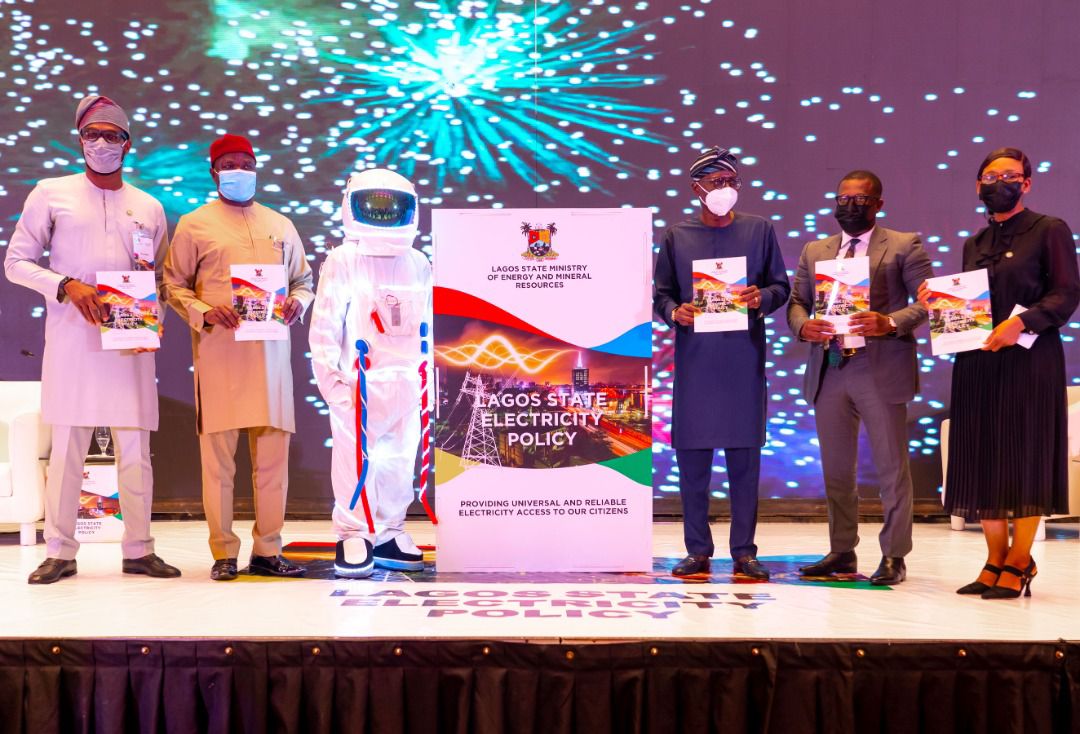 •Framework to be implemented with private energy investors

An electricity sustainability framework that will provide reliable power to residential and industrial areas in Lagos State has been unveiled by Governor Babajide Sanwo-Olu.

The Governor, on Wednesday, launched the State’s Electricity Policy at an energy stakeholders’ event organised by the Ministry of Energy and Mineral Resources at Eko Hotel and Suites, Victoria Island.

The framework forms one of the technical components of the proposed Lagos State Electricity Law currently being developed to drive interventions towards improving access to electricity.

Partnership with private players in the power sector is the main thrust of the policy, which requires sustained capital investment in raising the capacity of the existing power infrastructure, while also generating from off-grid network.

Sanwo-Olu said the electricity policy unveiled articulated constitutional, legal, engineering and commercial foundations for creating a viable sub-national electricity system that would cater for energy needs of the State, while enabling socio-economic growth for Lagos and the nation.

The Governor said the State moved to explore alternative energy supply channels in response to growing demand occasioned by population growth and emergence of new residential and industrial areas. Energy requirement that will keep Lagos economy on the path of growth, Sanwo-Olu noted, has far exceeded the current 1,000 megawatts being supplied from the national grid, necessitating the move to explore alternative sources.

He said: “Given Lagos State’s status as the commercial nerve-center and economic hub of Nigeria, it is our firm belief that the attainment of universal electricity access in the State would accelerate the same across other parts of the country. Increased electricity access is one of the priority mandates of this administration, given its significance in driving sustainable economic development.

“There will be no economic development without sustainable energy. The economy needs energy to run and our objective as a Government is to deliver sustainable, reliable and affordable electricity to all Lagosians. The electricity policy being unveiled today does not only articulate the problems in the sector, it is also futuristic in the implementation of its provisions.”

Sanwo-Olu said the State would ramp up procurement of pre-paid meters for distribution to residents as part of the implementation of the electricity policy. This, he said, would promote transparency in the supply chain, while curbing electricity theft and discouraging estimated billing from the suppliers.

The Governor stressed that the set objectives of the electricity policy would only be realisable if the private partners showed equal commitment as the Government to boost capacity in off-grid generation and distribution network.

“As a Government, we believe one person cannot do it all. We need ideas and knowledge from each other, and form real partnership for coordination in the implementation of this framework,” Sanwo-Olu said.

Commissioner for Energy and Mineral Resources, Mr. Lere Odusote, said the electricity policy, apart from clearing out constitutional and legal framework for investors’ assurance, also provided for the establishment of an autonomous regulatory body and independent system operator.

Odusote said Lagos Government would hinge its partnership with the industry players on well-funded and well-managed generation, transmission and distribution.

The State’s Attorney General and Commissioner for Justice, Mr. Moyo Onigbanjo, SAN, represented by the Permanent Secretary, Mrs. Titilayo Shitta-Bey, said the framework was the first step to bringing Lagos out from constitutional obstruction that restricted the State from exploring electricity supply options.

The tone for the Government’s partnership with the private energy investors was set by a panel of discussion moderated by Soji Awogbade, an energy lawyer and founding partner of Aelex.

The stakeholders praised the Lagos Government for its commitment to boost power supply through the electricity framework; they argued that the implementation must focus more on supply for industrial consumption and productive activities rather than residential for sustainability of the plan.

Stakeholders also urged the Government to explore the options of clean and renewable energy infrastructure in order not to worsen environmental challenges facing the State.