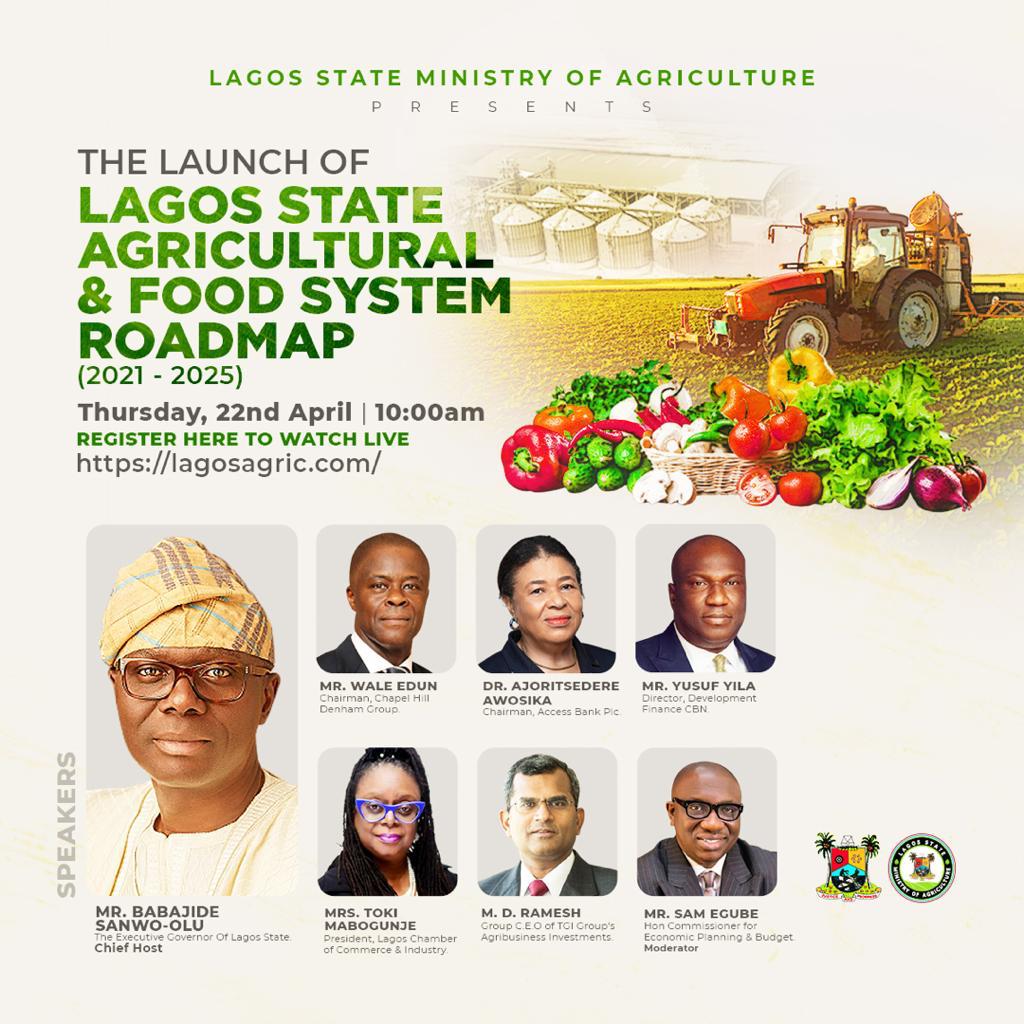 The State Commissioner for Agriculture, Ms. Abisola Olusanya, who disclosed this in Lagos, noted that the roadmap focused on the development of agricultural value chains where the State has competitive and comparative advantages in order to ensure that the State’s self-sufficiency in food production moves from 18% to 40% in the next five years.

She added that the five-year Roadmap is also expected to boost food production and drastically reduce post-harvest losses, thus encouraging private sector investments that would trigger agricultural transformation in the South-Western States following the examples of countries such as Kenya, Malawi and China among others who, within a 10-year period, made a significant reduction in the poverty level through Agricultural development.

She urged interested participants to join the live launch of the event virtually by registering at https://lagosagric.com/, noting that the event would also be streamed live on all the social media platforms of the Ministry including Facebook@ Lagos Agriculture; Instagram @lagosagric01 and Twitter @lagosagric1.