SECURITY OF LAGOS MUST REMAIN THE MILITARY’S PRIORITY – SANWO-OLU

SECURITY OF LAGOS MUST REMAIN THE MILITARY’S PRIORITY – SANWO-OLU 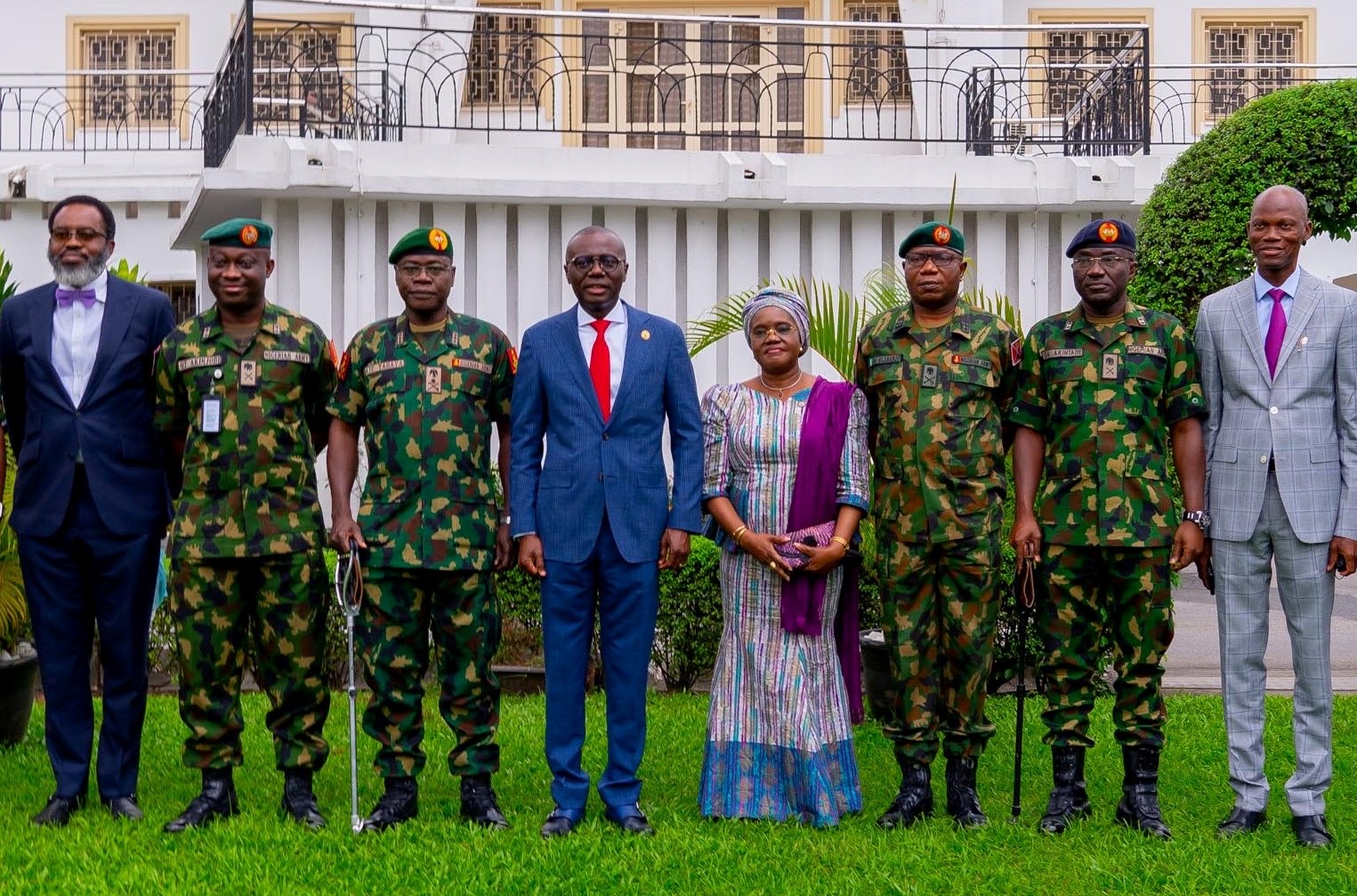 Governor of Lagos State, Mr. Babajide Sanwo-Olu, has called on service personnel in Lagos military commands to be fully committed to their constitutional responsibilities of keeping the peace and strengthening security in the State.

The Governor pledged the State Government would not waive its mandate to provide logistics support to all security agencies for continuous operations across the State, but urged the personnel to justify the confidence with improvement in security. 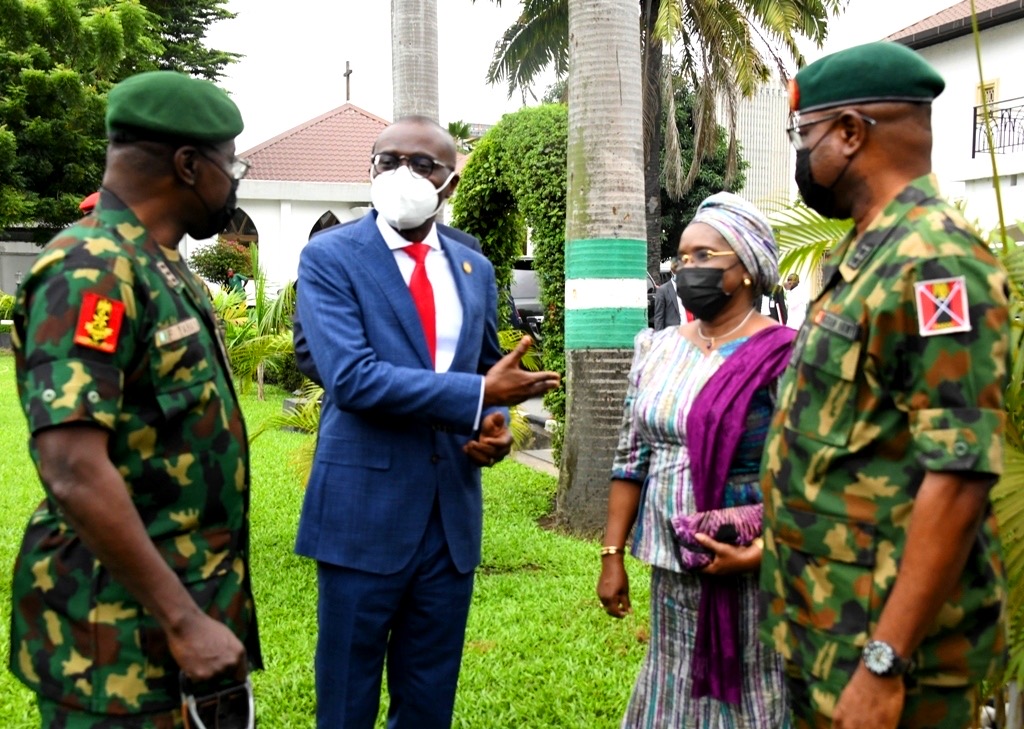 Sanwo-Olu spoke on Monday when he received the Chief of Army Staff, Lieutenant General Farouk Yahaya, in a courtesy visit at the State House, Marina.

The Army chief is in Lagos for traditional assessment of the military formations and warfare assets in the State. 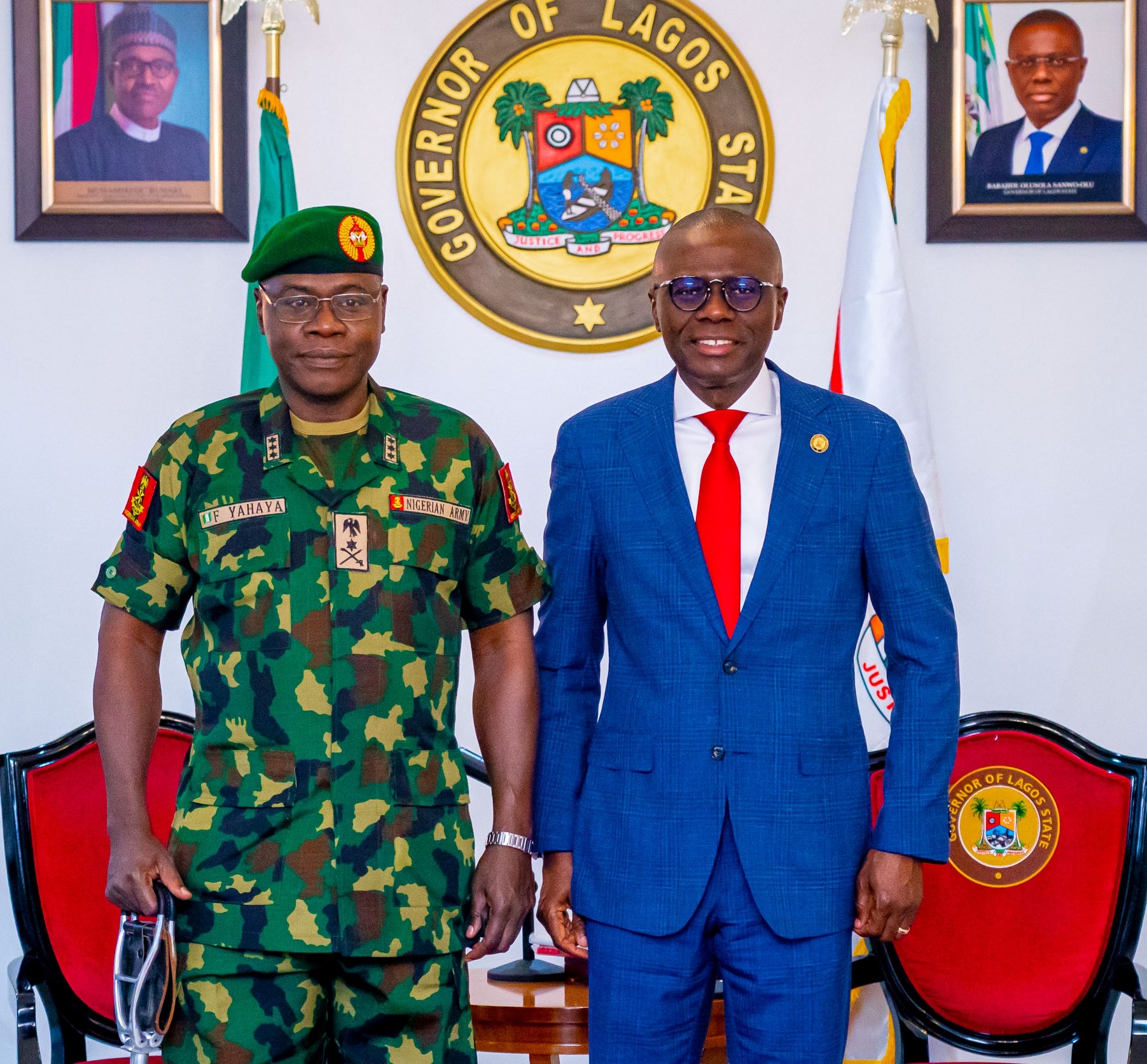 The Governor said it was important to prioritise safety in the State, given its economic importance and geographic location as one of the country’s international borders. He said the State Government had shared a commendable relationship with the Army and other security agencies in Lagos, promising to strengthen the synergy.

He said: “Lagos has uniquely not only the land borders, it is also an international route in and out of the country through the air and waterways. The relationship we have been enjoying between the State Government and the entire security agencies, especially the Nigerian army, has been commendable. I acknowledge the leadership role being played by the General Officer Commanding (GOC) 81 Division with other security agencies in raising the bar of security surveillance, training, information sharing and collaboration in operations. 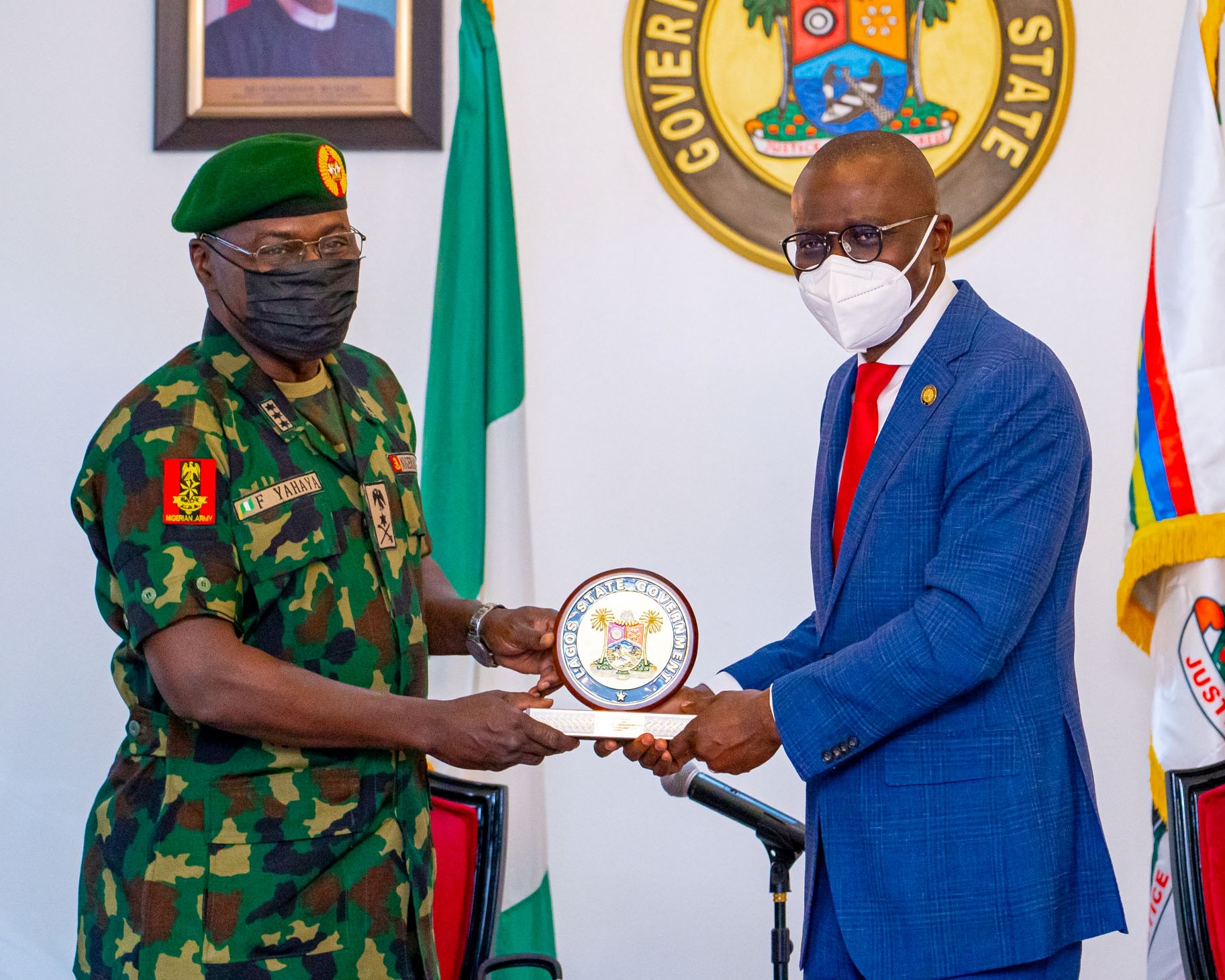 “From this robust engagement, we have developed a mechanism in which every agency works in synergy with others to improve the State’s security architecture. We have continued to experience improved security, calmness and safety. But there is much that needs to be done and this requires total commitment of our personnel. We will continue to give support to the security agencies to ensure not only their safety and that of the residents, but also the safety of visitors coming to do business in Lagos.”

Sanwo-Olu commended the Army for the progress recorded in improving security across the country, especially in the Northeast where terrorists and armed bandits are being degraded under the sophisticated firepower of the military.

The Governor said the Army chief’s sterling pedigree informed the choice of the President to appoint him in the position, pointing out that Yahaya started well, given the successes recorded by the military in the last four months.

Sanwo-Olu urged the Army chief to build on the collaboration with Lagos Government in the area of intelligence sharing and rapid response to curb kidnapping, vandalism and other peculiar security challenges.

“In the last four months you took over the leadership of the Nigerian army, we have seen all the strategic efforts you’ve started to bring in. We know that, at some point in time, it would get to our turn in Lagos to further raise the morale of your men serving here,” the Governor said.

Yahaya said he was excited after learning about the robust collaboration existing between the Army and other security agencies operating in Lagos, thanking the Governor for the support towards operations of the Army in the State.

The service chief, who disclosed that part of his mission in Lagos was to boost the morale of his men, promised to improve on the collaboration.

He said: “We will do our best to ensure security is enhanced across Lagos and other parts of the country.”