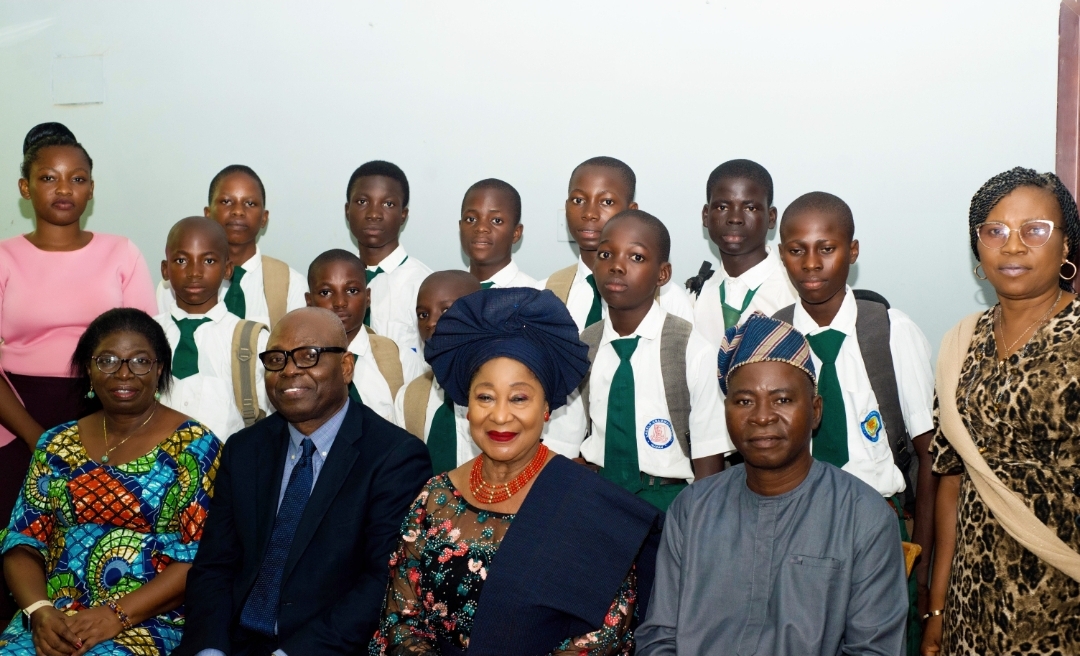 Secondary school students have been advised to shunsocial vices that could negatively affect their future. Such vices include cultism, truancy, absenteeism, rape, violence and drug abuse.

The advise was given by former Minister of Industryand Chairman, Board of QUEFF (Quality Education and Finishing Facility) Foundation, Chief (Mrs) Onikepo Akande at the maiden forum with beneficiaries and parents of the kitting assistance to indigent students by the Foundation on Wednesday.

According to the former Minister,  the Foundation which was initiated by former Secretary to the Oyo State Government, Alhaji Ishmael Olalekan Alli, came into existence about six years ago with a vision to encourage as well as collaborate with well meaning local and international partners towards acquiring and imbibing quality education and desirable ethics by students, particularly indigent but promising ones, in secondary schools.

“Over the years, we have acted towards the realization of our vision by providing relevant and supporting books, school uniforms, school shoes and socks, school bags, leather belt, underwear and stipend which our beneficiaries have been enjoying for 5-6 years now”, she said.

The Chairman of QUEFF said the desire of the Foundation was to facilitate quality human capital growth, development, and comportment, for a greater and meaningful future. She said the Foundation would widen its scope to accommodate indigent students from the 33 Local government areas in Oyo State with an initial total target of 1,000 students.

“Our expectations, consequently, are your adoption of the right values, such as hard work, decent and proper dressing, responsible behavior, exemplary attitude to your parents, teachers, your school and classmates, honesty, humility, respect for elders among others. We also expect you not to be involved in social vices such as cultism, truancy, absenteeism, rape, violence, stealing, smoking and drug abuse”, she told the students at the event.

“Further, it is our expectation that parents will assist in ensuring that our beneficiaries imbibe good conduct, morally, physically and socially; in addition to those values and lifestyles earlier detailed. We also desire punctuality in school and classes, effective participation in school activities, additional to serious and steady learning traits, to facilitate quality, responsible and decent life ultimately.”

While congratulating the students for being chosen to benefit from the kitting assistance, she said the Foundation’s expectation was to ensure the students excel in their studies to enable them become useful and responsible children, and citizens of this country.

Also Speaking, Alhaji Alli said the idea behind the Foundation was to ensure a promising future for the students by providing them with necessary assistance in their educational pursuit. “ We want you to be model citizens with quality education and finishing. QUEFF is intended to become one of the biggest private funders of education intervention in Oyo State”, he said.

According to the Initiator,  QUEFF would continue to generate statistical data of indigent children of the poor in and out of the school who are struggling to access learning and develop appropriate intervention to improve their situation.

Some of the parents at the event also commended the Foundation for coming to their assistance, adding that the intervention came as a major relieve, without which it would have been difficult to educate their wards considering the economic situation in the country.