Salutes Tokunbo Wahab for passion for Education in Lagos 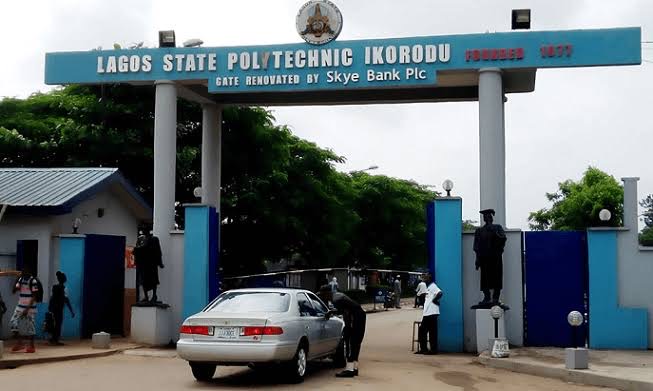 THE Rector, Lagos State Polytechnic, LASPOTECH, Dr. Oluremi Olaleye, has given the assurance that the welfare of students and staff of the institution will always top the priority list of the administration of the school.

He stated this during the matriculation of new intakes into the part-time programmes of the institution at the main campus of the school in Ikorodu.

Olaleye added that in line with that, the polytechnic administration was making efforts at providing hostels for the students.

“We have approached bodies such as the Tertiary Education Trust Fund for this purpose and it has keyed into the project. If finally this is successful, our students can fully enjoy and feel academic culture within a conducive environment of like minds.

It is also worth mentioning that several other organisations have expressed interests in partnering with us toward building hostels for our students. This is receiving serious consideration of the management,” he said.

Olaleye who expressed appreciation to the State Governor, Mr Babajide Sanwo-Olu, for his unflinching support for the institution, also thanked the Special Adviser, Education, Mr Tokunbo Wahab, for his passion for the overall development of education in Lagos State.

The Rector urged the matriculating students to be guided by the rules and regulations guiding their studentship of the institution.

He reminded them of the need to comply with the dress code of the school, noting that they were admitted for serious academic work and not fashion parade and entertainment.