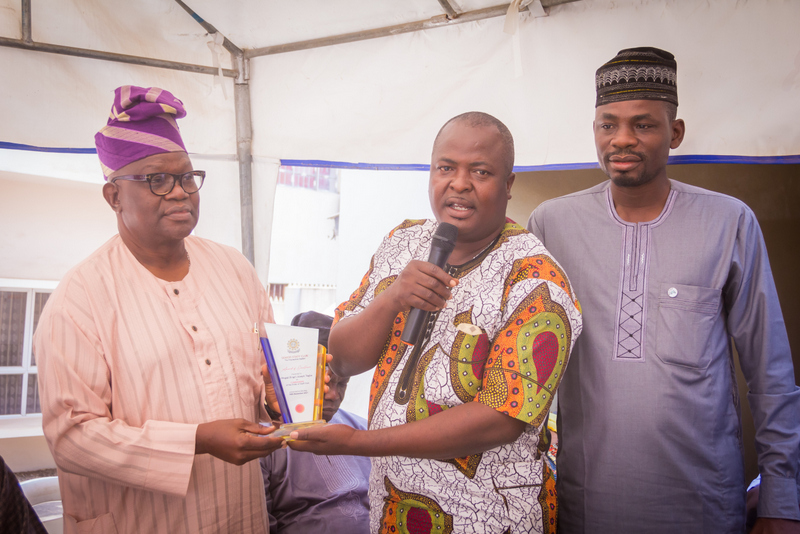 Gubernatorial hopeful, Mogaji Joseph Olasunkanmi Tegbe has been honoured with an Award of Excellence by the Senior Staff Club, The Polytechnic Ibadan for his contribution to societal development

Tegbe, a technology expert and management consultant was named Commander of the Order of the Staff Club at the End of Year Celebrations which held on Thursday, 16th December at the Club Premises.

While presenting the award, The President of the Club, Mr Muyiwa Adedayo said the award was in recognition of Tegbe’s outstanding achievements in education, technology, management and finance, as well as his philanthropic contributions to societal development.

The prestigious award was recieved on behalf of the Mogaji by a former Commissioner for Environment, Hon Jide Adéwálé accompanied by the leadership of Tegbe Foundation and Tegbe Vanguard. He restated the commitment of Mogaji Tegbe to the welfare of workers in tertiary institutions and the state in general.

The event was attended by the Rector of the Institution and other members of Management, Chief Bisi Ilaka, representatives of Senator Kola Balogun, Hon Jide Adebayo and many others.