Tegbe Felicitates With Alaafin On His 50th Coronation Anniversary

In a statement signed on Thursday, Tegbe said

“I felicitate with His Imperial Majesty, Oba Lamidi Adeyemi on the 50th Anniversary of his ascension to the throne. 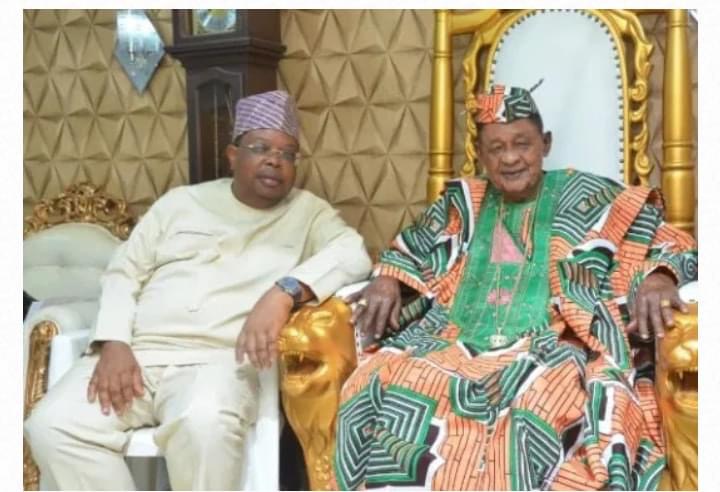 In half a century, Kábíyèsí has displayed uncommon wisdom and emotional intelligence in administering his domain, fostering peace and sustainable development.

Iku Baba Yeye has sustained our heritage and identity as a people. He is best described as an encyclopedia of the culture and traditions of the entire Yoruba race.

Our Father has used his throne to build bridges of friendship and harmony in the state, across Yoruba Land and beyond.

I remain proud of his progressive ideals, particularly the legacy of peace and harmony which Yorubas are known for.

I pray that Kabiyesi spends many more years in good health”