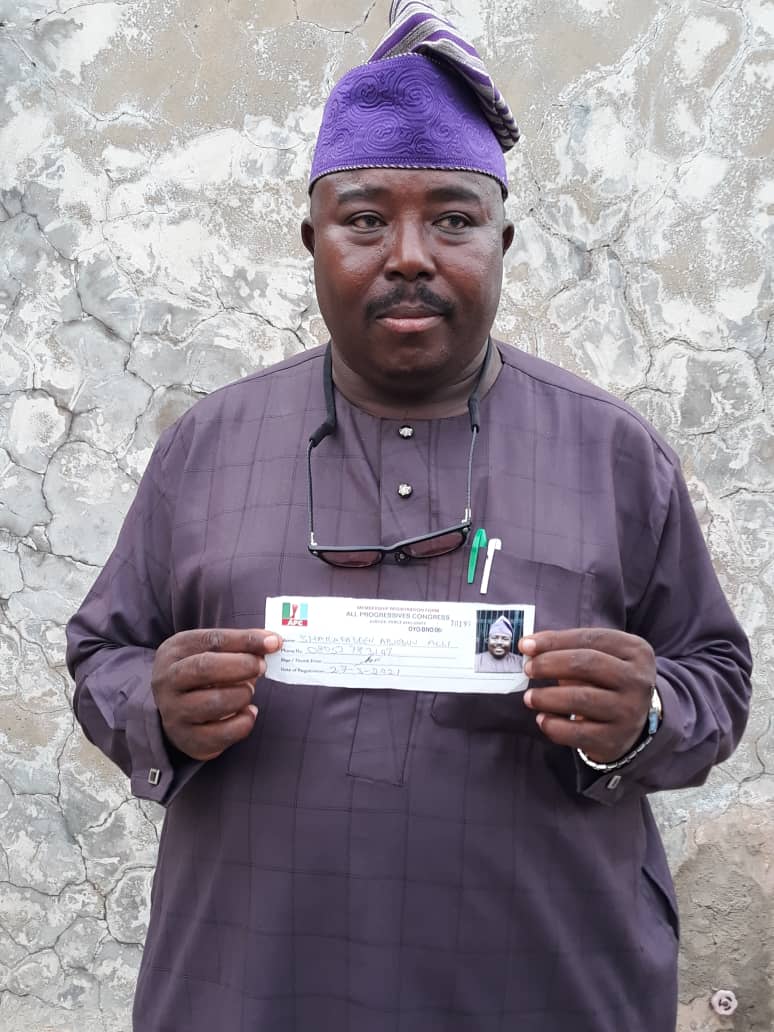 Hon Akínrẹ̀mí stated that the highly respected Chief Alli is a man of reputable political antecedent, one whose value, participation and contributions in the Ọ̀yọ́ state political terrain is well known.

According to Hon Jagaban, this decision of Chief Sharafadeen Alli to join the Ọ̀yọ́ APC alongside other eminent Oyo political stalwarts who has also joined the APC in recent months is a testament to the fact that the party remains the darling and topmost choice of the good people of Ọ̀yọ́ state.

Hon Akínrẹ̀mí concluded by saying he looks forward to a harmonious working relationship with Barr Sharafadeen Alli in the All Progressives Congress.