THE ASIWAJU GROUP CONDOLES WITH AKEREDOLU 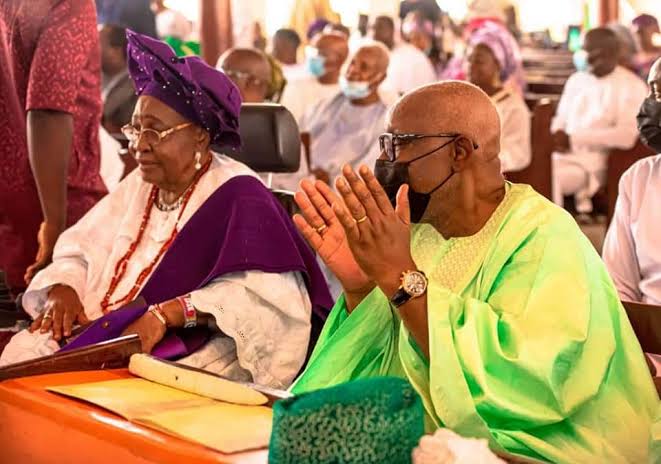 THE ASIWAJU GROUP CONDOLES WITH AKEREDOLU

The Asiwaju Group (TAG), a support group for the presidential candidate of the All Progressives Congress (APC), Asiwaju Bola Ahmed Tinubu, has condoled with Gov. Oluwarotimi Akeredolu of Ondo State on the death of his mother.

The Late Lady Evangelist Grace Bosede Akeredolu JP, died peacefully in her sleep on Thursday at the age of 90.

The group, in a statement signed by its South-West Zonal Coordinator, Ms Ololade Salvador, said it received the news of mama’s demise with heavy heart but was consoled that she lived an impactful life and left behind accomplished children.

“Lady Evangelist Akeredolu was a strong pillar in her community, a disciplinarian and a devout Christian and would be missed by all those whose lives she affected in many ways.

“We are consoled with the knowledge that, even as she transits to eternity, she will be guided by the strong hands of the angels of the light in which she dwelt during her eventful and fruitful sojourn on the terrestrial plane.

“We pray the Almighty to grant her soul eternal rest and grant the entire family the fortitude to bear this irreplaceable loss,” the group said.

The Asiwaju Group then condoled with Gov. Akeredolu, the government and people of Ondo State to mourn the departed matriarch and prayed God to give all them the fortitude to bear the irreparable loss.

TAG, an array of eggheads of like-minds to propagate the ideals and credo of the APC flagbearer, also restated its commitment to continue to spread the gospel of a Tinubu Presidency devoid of ethnoreligious proclivities come 2023.

Salvador added that the group would continue to promote and ensure that the ruling APC retains power in 2023.(END)