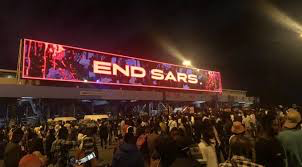 On the 15th November 2021, the Judicial Panel of Inquiry (JPI) delivered its Report to the Governor of Lagos State. Upon submission of the Report the Governor set up a 4-man Committee chaired by the Attorney General of the State. The Committee had 2 weeks to review the Report after which Government will issue a White Paper in accordance with the provisions of the Tribunal of Inquiry Law 2015.

However, before the ink had dried on the submitted Report, a member or members of the JPI leaked an unsigned copy of the Report in social media space in total breach of trust and the law setting up the JPI. This was in tandem with a threat issued by a Panel member Ebun-Olu Adegoruwa, SAN who had in a (Facebook) post threatened to release the Report of the Panel if the government fails to publish the findings and recommendations.

After the leakage social and news media was awash with various seemingly damning quotes from the JPI Report.

Sadly, the commentaries, even from otherwise respected members of society show that most commentators had not even read leaked the Report.
I must first confess that even one death is bad enough and this write-up should not be seen as justifying the death of anyone, be they protesters, security agents or anyone for that matter.

At page 283 paragraph 3 (A) and page 284 (C), the findings against the deployment of the military overlook the complete breakdown of law and order all over Lagos which led to the imposition of a curfew by the State Government on 20/10/20. Uncontroverted evidence before the Panel was that the military deployed all over Lagos and not just to Lekki Toll Gate (LTG) because the Police had clearly become overwhelmed and could no longer maintain law and order.

Page 286 (D) Panel held that it recovered bullet casings/shells at LTG when it visited the toll gate on 30/10/20. This contradicts the finding of same Panel at page 296 paragraphs 13 & 14 that “Three trucks with brushes underneath were brought to LTG on the morning of October 21st 2020 to clean up the scene of bloodstains and other evidence.” This finding the JPI stated amount to evidence of a cover-up, yet it still found 2 bullet casings at the same cover-up scene 10days after the incident.

Page 287 (H) The medical evidence before the Panel from hospitals who treated protesters said only 2 deaths were recorded in their facilities. This is contrary to the evidence of Doctor Lawson contained at page 56 – 68 and Dr. Aromolate contained at pages 109-115 respectively.

Page 287 (K) Panel claimed it relied on evidence of one of the protesters who was shot and taken for dead, but escaped and stated that 11 corpses were in a van where he had been put in and presumed dead. However Olalekan Sanusi the protester in question was never stated to have testified before the Panel. This crucial finding made by the Panel was based merely on video footage of Olalekan Sanusi played by another witness Serah Ibrahim at page 165.

At page 288 paragraph (M), the Panel crucially held “The evidence of the pathologist Prof Obafunwa that only 3 of the bodies that they conducted post mortem examination on were from Lekki and only one had Gunshot injury and this was not debunked. We deem it credible as the contrary was not presented before the panel.”

At page 289 paragraph T, the evidence of the ballistic expert called by Lagos State Mr. Dieye-Tonye Wille-Harry testified that from the evidence which he reviewed was that no one died from military-grade bullets at LTG.

Page 292 paragraph J, although the Panel held that the Police were present at LTG and shot sporadically and killed protesters, the evidence established before the Panel was that only one officer ASP Ayodele Olabode with one rifle was assigned to Lekki Patrol on 19th October. Furthermore, no one identified or mentioned this officer as being responsible for any deaths at LTG and the Panel made no such finding either.

At page 293 paragraph N, the Panel found that one protester was killed by the police around LTG. However curiously neither the name of the protester nor that of the alleged police shooter was provided. Even though in this paragraph no further details of this shooting was supplied, this is evidence of the levity with which the Panel arrived at its findings. This finding is not backed up by any iota of evidence. It is unbelievable that a finding of death can be made in such a cavalier manner.

At page 295 paragraph 9, the Panel rejected the evidence of experts who relied on science to compile their report/testimonies and preferred anecdotal stories from so-called eyewitness accounts of protesters.

At page 296 paragraph 12, the Panel stated that picking of dead corpses by LASEHMU (Lagos State Environmental Health Monitoring Unit) statewide and depositing them at mortuaries after the protests were evidence of a cover-up? Should the Government have allowed corpses to rot on the streets to show there was no cover-up? How can the exercise of its ministerial mandate by LASEHMU be deemed as a cover-up? The corpses according to the Panel were taken to mortuaries and in fact this act accounted for the number of corpses for which autopsies were performed across the state during the crucial period.

The Panel relied on the testimony of protesters that the Army prevented ambulances from ferrying away injured protestors. This was an uncorroborated piece of evidence. No single picture or footage of any ambulance being turned away was said to have been tendered before the Panel. This is at page 296 paragraph 15. Furthermore, there is no evidence of any ambulance personnel being invited to testify before the Panel to this effect.

At page 296 paragraph 17, the Panel speculated when it stated that endsars protesters and victims of LTG were “largely unwillingly” to be identified in public for fear of prosecution and harassment. There was no evidence before the Panel to this effect. One thing the protesters could not be accused of was shyness or fear of being identified. Protestors took hundreds/thousands of pictures and video footage during the protest and even during the Panel sittings. This finding flies in the face of the reality of the character of the protesters and what their protests represent.

At pages 296 -297 the Panel set out a list of what it called casualties at the toll gate incident of 20/10/21. This list contains 48 names. No explanation was offered for how the Panel arrived at this list, neither was any evidence provided as to how they became casualties. And that is why for example it has come to light that one Nathaniel Solomon listed at No46 on the list of casualties as deceased has been proven to be alive.

At page 298 paragraph B, the JPI accused LCC of removing cameras to cover up. However, the unchallenged evidence of LCC was that the cameras which were removed were number plate reading cameras.

At page 301 paragraph C, the Panel rejected the evidence of Lagos State’s ballistic expert because he didn’t speak to witnesses, pathologists, petitioners, protesters or doctors. The ballistic expert didn’t need to speak to these people as his evidence was concentrated on whether military-grade ammunition was used at LTG on 20/10/20. The expert said his team simply examined medical records, X-rays, pictures and footage of events at LTG and of the shell casings allegedly picked up at the LTG, this did not require him to talk to the persons mentioned by the Panel. He also compared the bullet casings/shells found allegedly picked up at LTG with bullet casings or shells from military-grade weapons and locally made guns or pistols.

The finding at page 302 paragraphs V & VI is inconsistent with the earlier finding regarding Prof Obafunwa’s testimony that only 3 out of the 96 bodies he performed the autopsy for were from Lekki and that only one out of the three corpses from Lekki had gunshot wounds. See page 288 paragraph M.
The statement of the Panel contained at page 302 paragraph VII is highly speculative.

To say that unidentified corpses in the 96 autopsies lend credence to the case of the endsars protestors that shootings by security agencies resulted in mass deaths. Apart from being highly speculative, there is no direct evidence backing up this assertion. How many corpses amongst the 96 died as a result of gunshot wounds for example? And who in particular fired the alleged shots? Prof Obafunwa’s testimony that the corpses were picked up all over the State during the period of the protest, the Panel however ignored this to suit its unfounded decisions.

At page 302 paragraph X, the Panel again rejects unchallenged and uncontroverted evidence about deaths in Ikoyi Correctional Centre to fit into its speculative narrative of deaths in LTG.
The finding at para 4 page 14 of the Executive Summary which is supposed to be a summary of the main findings is not contained anywhere in the findings made by the Panel.

Curiously and in line with its narrative to uphold the unsubstantiated claims of the endsars protesters the Panel awarded the sum of N10m to Serah Ibrahim who was called as a witness for the protesters. This is most curious because Serah Ibrahim was not a petitioner before the Panel. She also did not seek any compensation whatsoever. The Panel however standing logic on its head decided to award a compensation of N10m to her calling it “severe trauma award”. The question is of all the witnesses who testified before the Panel what made Serah Ibrahim different for her to be singled out for this generous award and what disqualified the other witnesses from the Panel’s generosity. This is one of the strongest evidence of bias demonstrated by the Panel in favour of the protesters.

Evidence before the Panel was that the 10th (Japhet) person on the victims list was shot at Ajah and presented at the hospital on 22/10/20. Yet the Panel listed him as being shot at LTG (see evidence of Reddington Hospital at pages 54-60).

Similarly, Mabel NNAJI (No 7 on the victims list) was said to have been shot by pellets as established by the evidence before the Panel yet the Panel said she was shot by the Military. (see page 57). This high powered Panel obviously doesn’t know that military-grade weapons do not fire pellets.

Finally, throughout its 309 pages leaked report, not a single word of support or commiseration was offered by the Panel to the several policemen slaughtered directly or indirectly as a result of the actions of the protestors nor to the thousands of innocent citizens who’s property were looted, burnt or destroyed by protesters. The Panel seemed to be too consumed by its bias for the protestors to recognize the “severe trauma” of these groups.