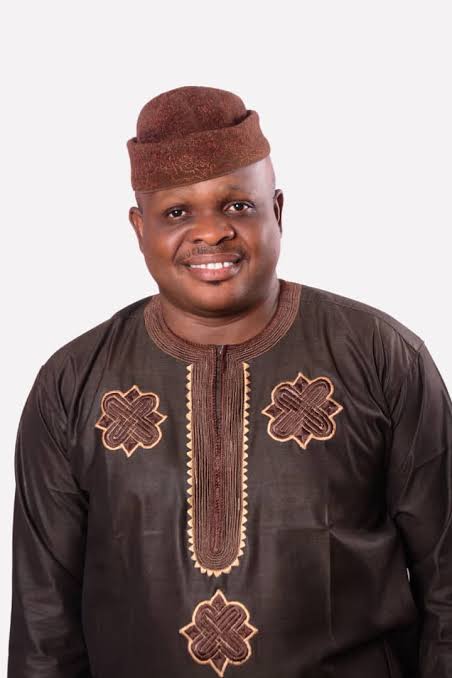 Ever since the Supreme Court judgment landed like ‘MACRON’s SLAP’ on Engr. Makinde’s face, the ‘Supreme Governor’ of Oyo State has been dazed and has started speaking in tongues according to his mood, occasions, whims and fancies. But one of the many characteristics of the Supreme Court Judgment that ALGON Oyo State procured against the illegal dissolution of elected Local Government and Local Council Development Areas in the State by the governor is that the judgment is written in simple English grammar that any brilliant SS3 student in any public or private secondary school preparing to sit for WAEC or NECO exam will read and fully understand. So, we cannot understand the reason this unambiguous judgment is giving our recalcitrant governor sleepless nights.

We want to advise the governor not to be hypertensive about this simple judgment because that couldn’t have been the intention of the erudite judges of the Supreme Court who delivered the landmark judgment in their own wisdom and in line with the Nigerian constitution, the supreme law of the nation. The Supreme Court ruling is not to cause hypertension or nightmare for the governor, it’s to be obeyed and implemented since His Excellency, Mr. Seyi Makinde has nowhere to hide or run to but to obey the judgment which cannot be subjected to his shifty interpretations.

On May 7, 2021, The Supreme Court in its ruling on Case No.CA IB/300/2019 SC/CV/556. Ordered as follows:
1. That this Appeal be and is hereby allowed.
2. That the Claimant/Appellants be each paid the salaries and allowances they were each entitled to be paid for the balance of the period from 29th May 2019 ending 11th May 2021, when the respective tenures they were elected for would end
3. That the 1st Defendant/Respondent, Government of Oyo State, shall forthwith pay the said salaries and allowances of the Claimants / Appellants as ordered.
4. That Attorney-General of Oyo State, the 2nd Respondent therein, shall cause to be filled, on or before 7th August, 2021, an affidavit (under the hand of the incumbent of that office) attesting to the payment of salaries ad allowances hereby ordered to be paid to the Claimants/Appellants in compliance with this order(s).
5. That the cost of N20,000,000,.00 shall be paid to the Appellants by the 1st Respondent

*Gov. Makinde’s Embarrassing Shifty Responses.*
Since the judgment hit the governor like a thunderbolt, he has been incoherent in his responses like a toddler, oscillating from reality to hallucination and delusion of grandeur. His bloated ego of feeling much greater and more powerful and influential, that he can do and undo unchallenged by illegally dissolving democratically elected local council administration as executive governor has been deflated.

The state government’s first unofficial response to the judgment was that of self-deception by deliberately misinterpreting the ruling with fake instant jubilation and popping of champagne in the governor’s office to celebrate their illusion of victory even while the ruling was still being read in Abuja. A case of jubilation over imagination.
But after the reality of our victory over executive lawlessness dawned on the governor, his first public official response was that he would obey the Supreme Court judgment and implement the enrolled order of the court. While the response of the governor was greeted with public admiration for his show of remorse, we in ALGON were not impressed because we knew that Gov. Seyi Makinde has never been a man of his word with our experience withhim and by public assessment of him as a cunning and a never to be trusted populist politician.
Then after some days that he said he would comply, as usual with him, Engr. Seyi Makinde made a U-turn and decided to travel again in the direction of his fantasy of selective compliance to the Supreme Court ruling. Shamelessly, the governor has being peddling falsehood in his failed attempt to distort the ruling and subject it to his executive discretion. According to him, he would only pay the chairmen of thirty three local government councils listed in the Nigerian constitution and not chairmen of local council development areas which he described as illegal. That’s a puerile interpretation of the judgment by a lawless executive governor and a futile attempt to cry when the head is already cut off.

For proper enlightenment of the government, we reiterate that LCDAs are creation of Oyo State law duly passed by Oyo State House of Assembly, the Chairmen of the thirty five LCDAs were part of the case right from the high court to the supreme court as appellants so they are fully entitled to the benefits of the judgment. Their status as chairmen of LCDAs was never hidden and was never in doubt throughout the duration of the case.
We call the attention of the governor to the list of the appellants, (in particular; item 8) where Hon. Tajudeen Adebisi Oladeji (for themselves and on behalf all elected Chairmen of all Local Government Areas and Local Council Development Areas of Oyo State were listed in the case adjudged by the Supreme Court Appeal No.CA IB/300/2019 SC/CV/556, which the Supreme Court gave ruling on Friday, the 7th day of May, 2021.

It is trite in law that all objections parties to a legal suit have are expected to be raised before judgment is delivered finally by the court, more so, by the highest court in the country. If the governor now has any objection as an afterthought about any part of the judgment, perhaps he can go to the Lawn Tennis Court or any extra judicial court of his fancy. As far as this case is concerned the Supreme Court has spoken and it has spoken well, and the Supreme Court’s judgment is law by jurisprudence. No matter who you are the law is above you, Your Excellency!

The same governor who is now raising belated issue on illegality of the LCDAs was the same one who instantly credited the salary accounts of all LG and LCDAs chairmen in May 2019 after he illegally dissolved the councils. Gov. Makinde also appointed illegal caretaker committees for the LCDAs which he’s now proclaiming illegal from his “Governor’s Office Supreme Court” Agodi. What a bundle of moral and legal contradiction can someone with position of responsibility be!

The only thing the governor is expected to be thinking now about this case is how to obtain air ticket for his Attorney-General to Abuja for him to file affidavit of compliance with the judgment on or before 7th August, 2021 as ordered by the Supreme Court for our salaries and allowances to be paid. It’s as simple as that and nothing more to add or subtract from the ruling of the highest court of the land. The state Attorney General, as an officer in the temple of justice, should know the implication of contempt of Supreme Court’s ruling which is like “oracular pronouncement” to Oyo State and his own professional integrity, so he should advise Engr. Makinde appropriately and he should resign now if the governor is truly pushing him into taking an unethical professional line to breach an order of the court

*Gov. Makinde has “killed” Rhincodon typus.*
With this remarkable judgment that asserts grassroots democracy which the governor must obey and implement, in Yoruba maxim, the governor has literally killed the burdensome Rhincodon typus otherwise known as Whale Shark (AROGIDIGBA) and like an incorrigible wayward juvenile who we and the good discerning people of Oyo state warned to no avail before he embarked on the disgraceful journey of illegally dissolving democratically elected grassroots government, he has now brought the burden of payment of Billions of Naira to Oyo state after wasting billions of naira on his hangers-on he hurriedly appointed as illegal caretaker committees to loot the council fund.

We pray that Engr. Makinde will learn great lesson with this calamity he brought upon himself and by extension the the good people of Oyo state. He needs to be humble and lawful in power because law is no respecter of anybody.
We wish the Attorney-General safe trip in advance to Abuja on the August 7. 2021.