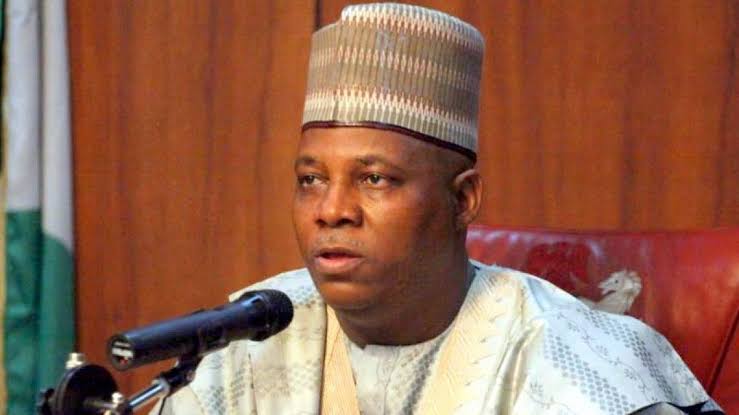 Tinubu, in a statement from his Media Office on Thursday, described Shettima as a bold, courageous, selfless, brilliant and committed leader who led his people through the most difficult and challenging period as Governor of Borno State, when the state was under Boko Haram siege.

The APC National Leader noted that Shettima did not allow the menace of Boko Haram terrorism to overwhelm him, adding that he showed exemplary leadership and fought for his people.

“I heartily congratulate my brother and worthy partner, Senator Kashim Shettima, on attaining 56 in good health.

“I am excited about his energy, dynamism and readiness to serve our country at the center as Vice President .

“Senator Shettima is an extraordinary leader forged in the theatre of challenges. He led a heroic struggle against the forces of terrorism with intellect, courage and tenacity. He gave succour to the victims while mobilising the civilians to support our military.

“The success of his interventions and help in facilitating the emergence of another excellent leader in Prof. Babagana Zulum as his successor are part of the achievements of our party today in Borno State.

“It gladdens my heart to be on this journey with Senator Shettima to deliver to our people progressive good governance.

“I wish Senator Shettima many more years, robust health and more wisdom as he forges ahead in the service of our country.”