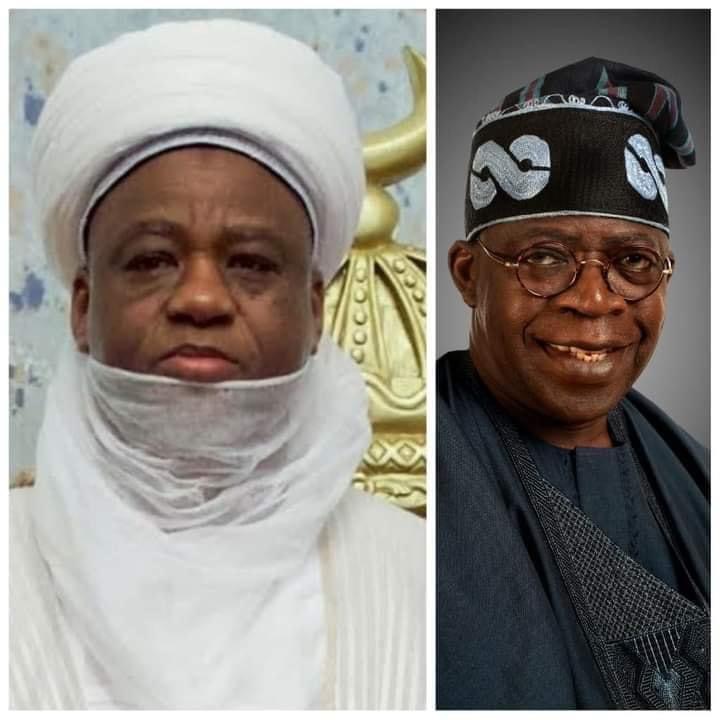 All Progressives Congress Presidential Candidate, Asiwaju Bola Ahmed Tinubu, has sent his special goodwill message to the Sultan of Sokoto, His Eminence Muhammad Sa’ad Abubakar, on his 66th birthday.

Asiwaju in a statement by his Media Office extolled the 20th Sultan of Sokoto for his exemplary leadership as a preeminent traditional ruler and spiritual head of Muslim Ummah in Nigeria while describing him as an “untiring unifier and conciliator.”

The APC National Leader and frontline presidential candidate noted that Sultan Abubakar had an enviable career in the military where he retired as a Brigadier-General before he ascended the foremost throne of the Sokoto Caliphate. He attributed many of his successes and accomplishments as Sultan to his personal discipline, sacrifice and forthrightness.

“I celebrate with His Eminence, the Sultan of Sokoto, Alhaji Muhammad Sa’ad Abubakar, on this special day that commemorates his birthday. At age 66, Almighty Allah has been merciful and gracious to this great leader, an untiring unifier and relentless conciliator.

“Since he became the Head of the Sokoto Caliphate, Sultan Abubakar has led his people and the entire Muslim Ummah in Nigeria with honour, courage, dignity and dedication.

“Our country is blessed with him with his role in promoting inter-faith dialogue; harmony and peaceful coexistence among adherents of all faith.

“His interventions on many burning national issues and crises have on all occasions been the soothing balm that helped diffuse and bring down tension.

“On behalf of my loving wife and family, I rejoice with His Eminence, Sultan Abubakar for the grace to witness another year in good health. It is my prayer to Allah to grant him many more years on the throne of his forebears. May the Sultan enjoy more grace to continue to be an exemplary and inspirational leader to all.”