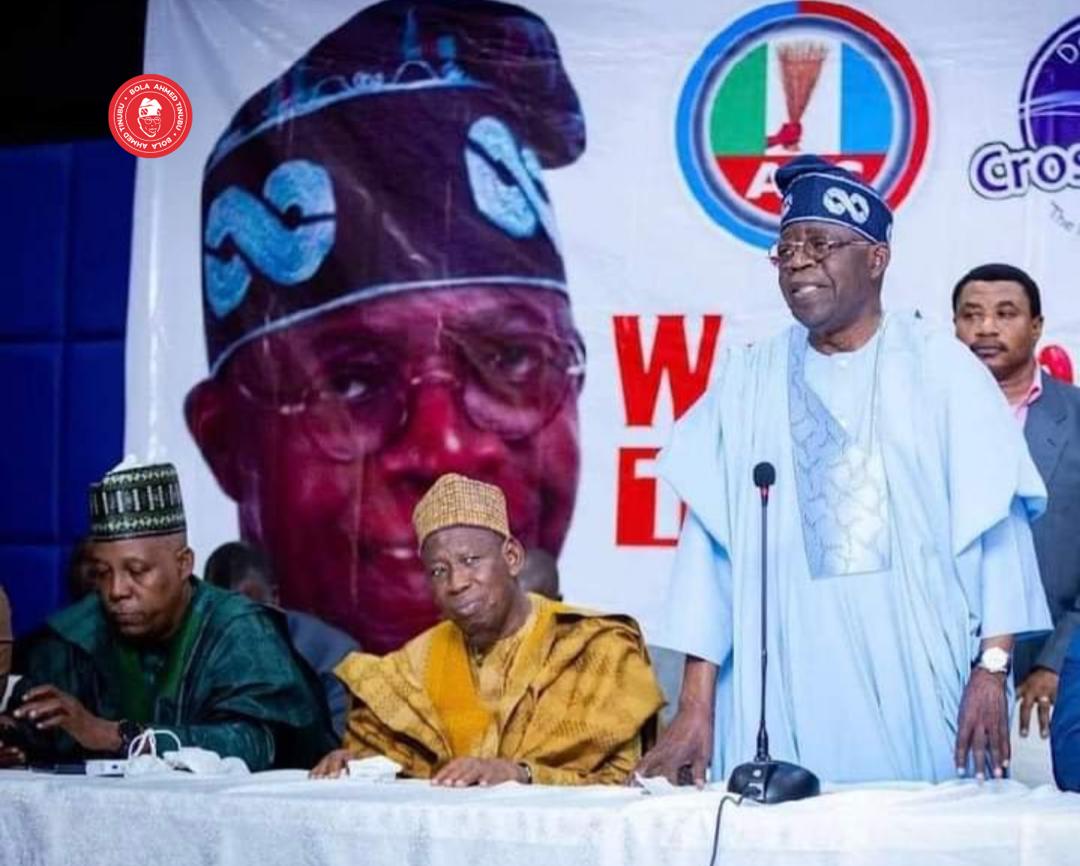 Tinubu was in Ibadan to meet party leaders, stakeholders and delegates to the APC convention slated for June 6-7, 2022 in Abuja.

At the meeting held at the Civic Centre, Tinubu thanked the party members and supporters for the rousing welcome they accorded him .

He assured them he is working hard with other national leaders of the party, many of whom accompanied him to the ancient city, to emerge as the popular and most acceptable presidential candidate of APC.

On the importance of party unity for winning elections, Tinubu told Oyo State APC leaders to rally round the Governorship candidate of the party and other candidates in the coming general elections, so the party can become victorious.

He said APC cannot win if the party is factionalised.

He appealed to the leaders to work together as one.

“I know there is internal wrangling among you. I want to appeal to all of you and all leaders here that you must all work together.

“This visit is to meet you today, I will still come back when we will have private meeting. If you really want to win the coming elections, there is no way you won’t work together, otherwise you will lose votes.

“I want you all to work with Teslim Folarin. He has serious work to do before he can win. He will beg, traverse the state, we will vote and we will win,” Tinubu charged the party faithful who intermittently broke into songs to applaud him.

The former Lagos State Governor used the opportunity of his visit to specially plead with Oyo State APC members and leaders to support the children of the late political stalwarts and governors of the state who are running for various elective offices.

He said he has a commitment to their fathers which he must not betray.

He raised the hands of Dapo Lam Adesina who is running for House of Representatives, Olamiju Akala and Idris Ajimobi who are both running for seats in Oyo State House of Assembly.

In expressing his gratitude to Asiwaju Tinubu for coming to the state, Oyo State APC Governorship candidate, Senator Folarin revealed the favour Tinubu did for him in year 2003 when he was Governor of Lagos State despite the fact they both belonged to different political parties then.

Folarin said Tinubu allocated a plot of land for him in Lekki and sent the allocation papers to him, in Abuja, through Senator Musiliu Obanikoro.

“We must never forget our benefactors and we must never betray them. Oyo State delegates are for Asiwaju our leader. I want to assure you that you have our total support sir. Oyo State is for you,” Folarin said.

While in Ibadan, Asiwaju Tinubu paid courtesy visit to Senator Rashidi Ladoja, former Governor of the State at his residence. Ladoja also assured Tinubu of his maximum support and that of the people of Oyo State.