Tinubu: the merchant of fake news are at it again By Temitope Ajayi 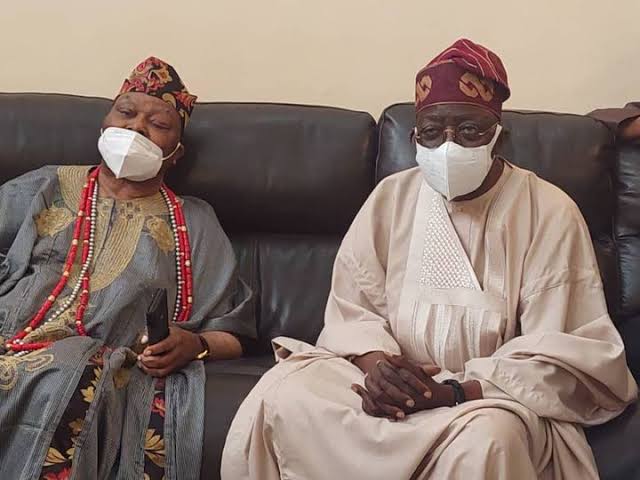 Tinubu: the merchant of fake news are at it again

There is certainly no limit to how weird some Nigerians can go with mischief. There is always a pattern to this mischief and it is also quite pathetic how almost same set of people are the usual purveyors.

Over the weekend, Asiwaju Bola Tinubu visited the four paramount rulers in Ogun State. He was well received by the Royal fathers, the Obas and chiefs in their respective domains and large multitudes of people in the various kingdoms.

Because Asiwaju Tinubu recorded a highly successful visits to these top traditional rulers, the brewers of hate, discord and disharmony must script a dirty tale to discredit the good outing. This time it is that he wetted his dress!

Assuming without conceding that is the case, so it is the back of his knees that would be wet and not the bum area.

So if he wetted his babariga, he would not cover it and would still move to lie flat to greet the Awujale of Ijebuland in the full glare of everyone present.
Yet as their video showed, it was after their wetting incident that he went ahead and prostrated to Kabiyesi.

Those behind this annoying tale need to be clever than that. This is another distraction.

No amount of distractions or attempts to discredit Asiwaju will work to remove the sail from his political wind.

Asiwaju Tinubu has declared his interest in the presidential race.

He has his legs on the throttle. There is no going back.