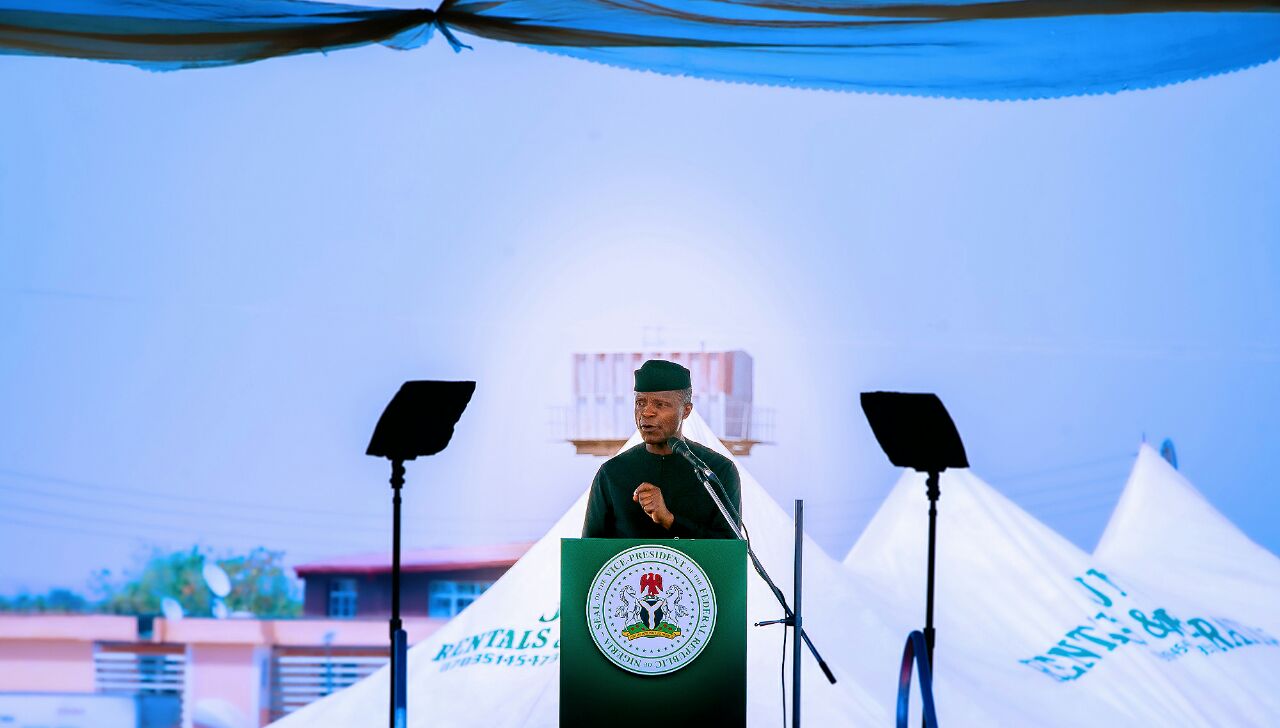 Vice-President Yemi Osinbajo has charged ethnic and religious leaders to educate their followers to live together in peace and unity.

He said though managing diversity can be politically and administratively tasking, diversity itself is an economic strength and harnessing it properly is hugely rewarding.

Osinbajo stated this on Friday while delivering a lecture at the Maiden Convocation of the Sokoto State University in Sokoto. 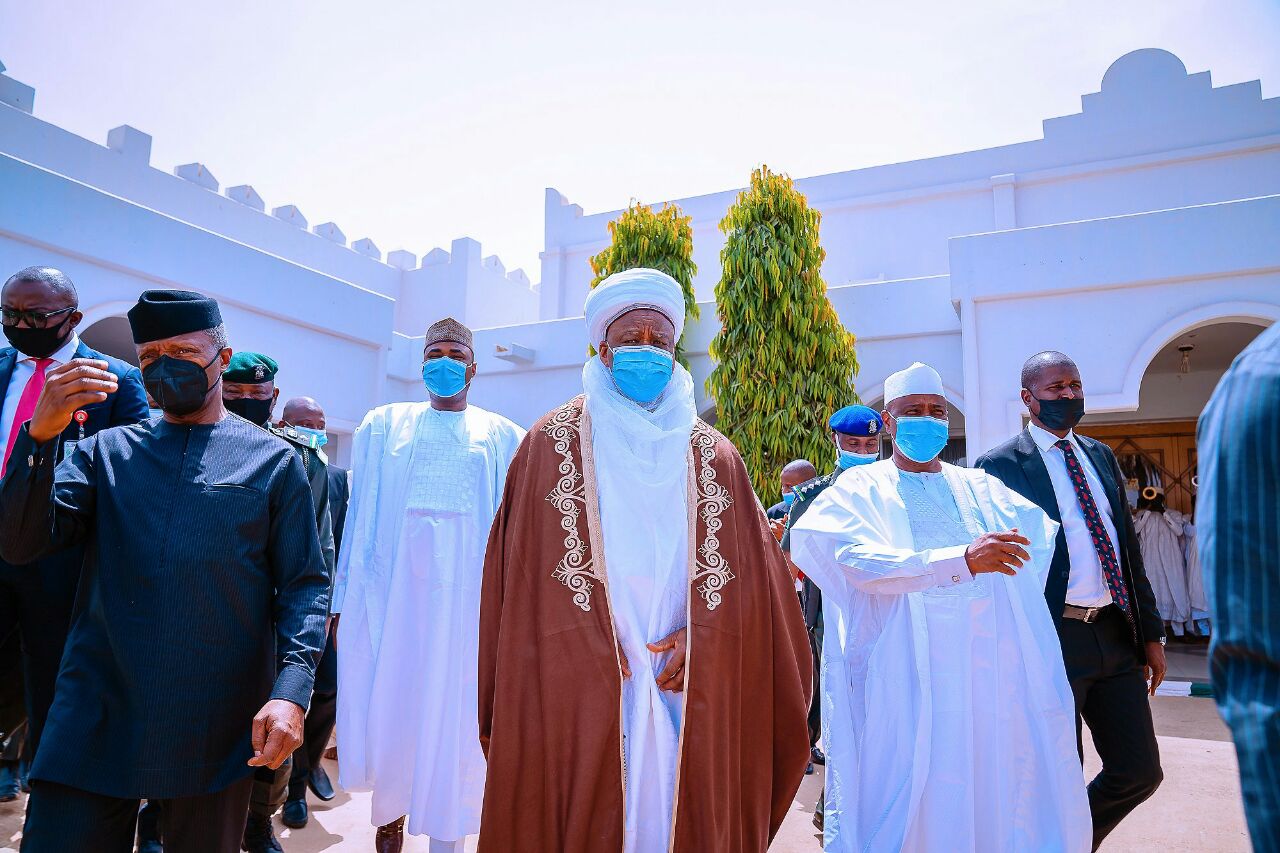 The vice-president was warmly received to the state by the Sultan of Sokoto, Sa’ad Abubakar; Sokoto State Governor, Aminu Tambuwal, and other dignitaries.

Giving a remark at the end of the lecture, the vice-president said, “When a multi-ethnic and multi-religious nation such as ours is buffeted by economic adversity, it is natural for fault lines and cleavages to come to the fore. There will be those who argue that survival and security can only be found in the narrow circles of our tribe or creed. Indeed, it is inevitable that at such difficult times, we hear these merchants of discord seeking to divide us in order to promote their selfish political interests. 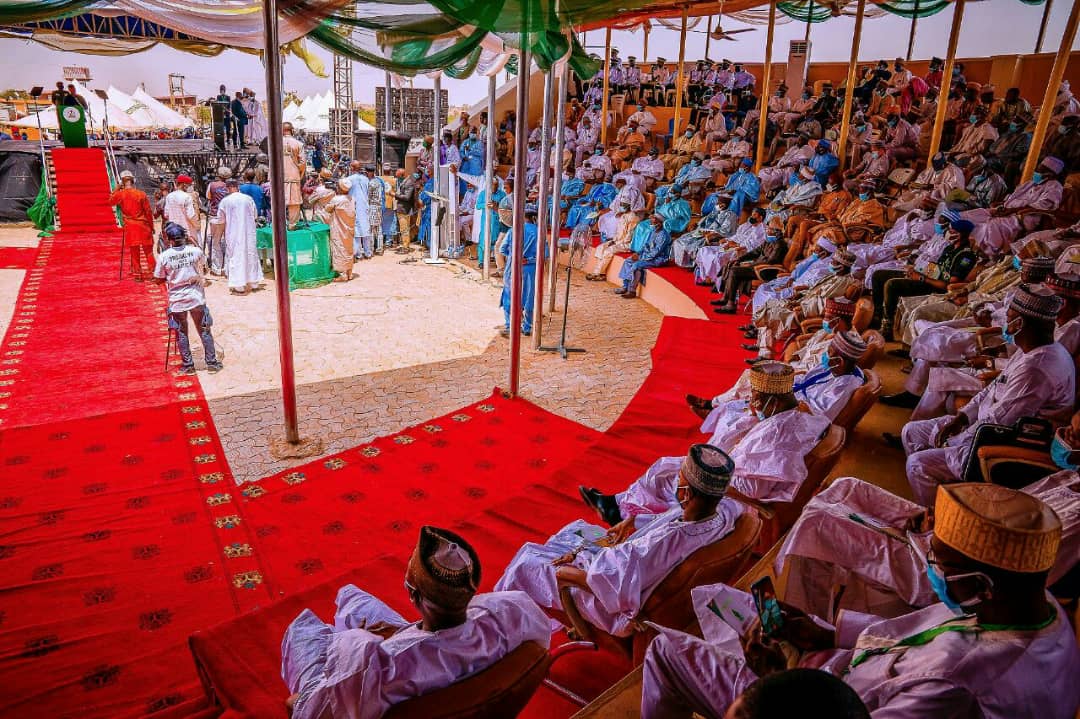 This is not a phenomenon unique to Nigeria. The rise of xenophobia, nationalism and other forms of chauvinism on the global scene indicates that the challenge of managing diversity is not a Nigerian or an African problem. Racial, ethnic and sectarian tensions are common to diverse societies; they are intensified during extreme economic conditions such as a recession or a depression.

“Divisive rhetoric is especially potent during times ofh economic difficulty because of pervasive apprehensions about survival and security. When large numbers of people worry over when the next meal will come or their prospects of upward mobility, it is easier to tempt them to believe that their neighbours and compatriots of different ethnicities and faiths are their mortal enemies. 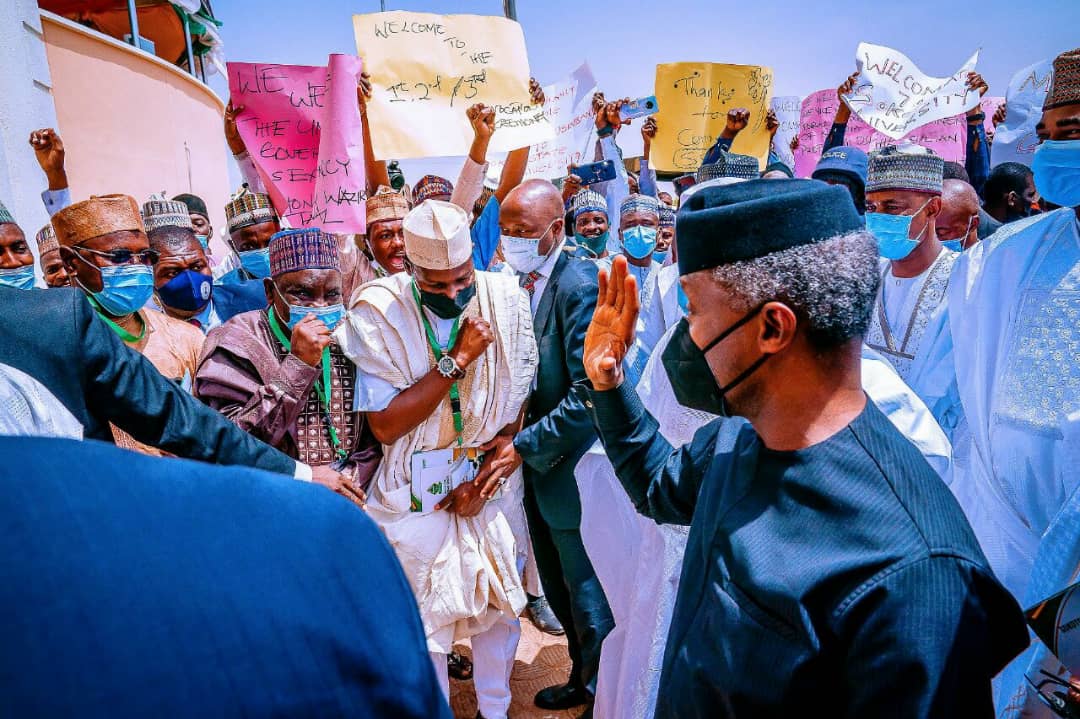 “It is a matter of interest that the most prosperous economies in the world are typically diverse places. Because the true wealth of nations in the 21st century is human capital, societies that set out to attract and retain the most diverse pool of skilled human resources are ordained to prevail in the race for prosperity. With diversity comes a broad range of cultural, philosophical and intellectual approaches for solving problems. Innovation can only flourish in this kind of setting. This is why we must understand that even though managing diversity can be politically and administratively onerous, diversity itself is an economic strength and harnessing it properly is hugely rewarding.

I think it is also important to bear in mind that unity requires the hard work of ensuring justice, equity and fairness for all segments of society. We must not overlook any fears or allegations of marginalization or discrimination on account of religion or ethnicity. Political, especially ethnic leaders , and religious leaders must do the difficult work of educating their publics that we live together.

“Unity is not just a slogan or even merely a good idea. It has manifest expression in our communities where Nigerians from diverse backgrounds are commingling, trading, partnering, inter-marrying and blending in various ways. We live in a complex web of multi-layered social, cultural, economic and political synergies playing out in every sector of our individual and national lives. Despite the scale of the challenges facing us, unravelling this web of commonality as proposed by enthusiasts of disintegration is a cure that is worse than the disease.

The champions of division are trying to mobilise followership along ethnic and religious lines in order to secure their own pieces of the so-called national cake. However, the choice before our society is clear: Either we fracture our communities in order to seize what remains of a rapidly diminishing national cake; or we commit ourselves to the task of baking more cake in ever increasing quantities as we unleash our boundless capacity for enterprise and innovation.

“I therefore urge all of us to consider the importance of national unity . Nigeria is more than a sum of its many parts and its diversity – ethnic diversity, cultural diversity, religious diversity – is a value-add for our nation. Difference should not mean division .

In the context of national unity, it is essential for us to establish a culture of tolerance, open-mindedness and acceptance of people of all cultures and creeds. There is unity to be found even in the face of such differences. There is a Nigerianness that binds us all, there is a shared commitment – no matter how suppressed – to build a better Nigeria for ourselves and future generations. It is who we are, it is in our very beings, that love of country, that aspiration to do better.”