We need a realistic budget to fix police Force — Gbajabiamila

We need a realistic budget to fix police Force — Gbajabiamila 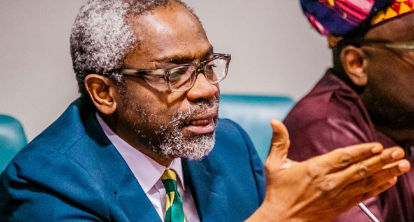 Speaker of the House of Representatives, Rep. Femi Gbajabiamila Wednesday said more funding will be required to modernize the country’s Police Force, and get it more effective in tackling insecurity.

Besides, the helmsman of the Green Chamber, said the service needed to improve on its dignity and well-being of its officers.

Gbajabiamila, who spoke on Wednesday in Abuja when the Acting Inspector-General of Police, Mr Usman Alkali Baba, paid him a courtesy visit at the National Assembly, stated that the image of the policeman in public sent wrong signals of incompetence.

He told the IGP that unlike the case in some countries, the Nigerian policeman did not have adequate equipment to work and was not well-catered for.

He said, “We need to know that police work has a lot to do with psychology. Why are policemen looking tattered on the streets? They wear dirty, torn uniforms and you see them in slippers.

“So, people don’t even respect them or feel intimidated by their presence when they need to enforce the law. In other countries, the sight of a policeman and the gadgets he carries alone, prevent crime from happening. There is immediate recognition from the appearance of a policeman”, he said.

The speaker also pledged to the IGP his leadership’s willingness, to partner with the force to identify its areas of need and address them through improved funding, recruitment, and training.

He asked the IG to do a “needs assessment” and submit a comprehensive report to the House through its Committee on Police Affairs for necessary action.

According to the Speaker, the 9th House is committed to building a police force that would “stand shoulder-to-shoulder” with other police services in other parts of the world.

Gbajabiamila promised that the requests from the needs assessment report could either be accommodated in the 2021 supplementary budget being expected by the National Assembly or a separate window could be created to capture the funding challenges of the police.

He added that the House was concerned about the rising insecurity in the country and had responded to it by setting up a special committee to interface with the executive arm with a view to addressing the situation.

Gbajabiamila told the IG that the committee would start sitting within the next few days.

However, the speaker commended the police for being able to perform their duties so far, in spite of “the difficult circumstances” that they have had to operate in all these years.

Speaking earlier, the IG said his visit was to thank Gbajabiamila and the House for the support the police had received from the 9th Assembly.

He said he was particularly appreciative of the “timely passage” of the 2020 Police Act, to modernise police operations in the country.

He appealed for the speedy passage of other bills on police matters such as the Police Service Commission (Amendment) Bill.

Baba made a passionate appeal to the speaker on police funding, saying that the force had become a miracle worker, having to function with clearly inadequate funds.

“The police will work more with better support from the legislature. In the area of funding, we appeal that you support us more because we are underfunded. We are now miracle players, compared to what we have.

“In the area of funds for operations, this is highly inadequate, looking at the many interventions that we must do from time to time”, the IG stated.