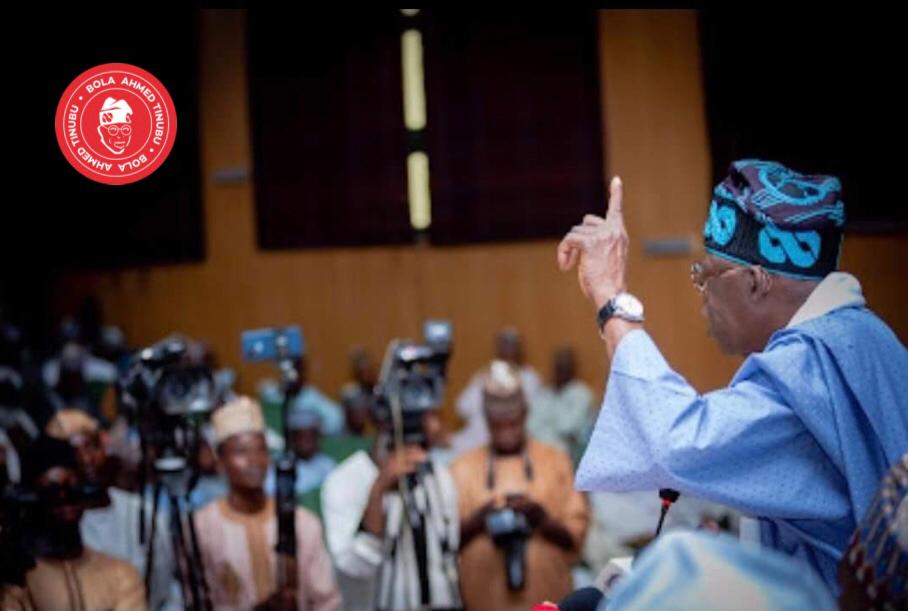 All Progressives Congress National Leader and leading presidential aspirant, Asíwájú Bola Tinubu, says he will work towards creating a stronger and more prosperous Nigeria surpassing even the dreams of the country’s founding fathers.

Tinubu said this on May 9 in Katsina, Katsina State when he held a dialogue with All Progressives Congress delegates to the national convention/presidential primaries from the state.

Addressing the delegates at the meeting held by Governor Aminu Bello Masari, his deputy, Alhaji Muniru Yakubu, and APC Chairman in the state, Alhaji Sani Aliyu Daura, Tinubu also promised to work with the state to address its irrigation problem if elected president.

Taking from the opening stanza of Nigeria’s first national anthem, though tribes and tongue may differ, in brotherhood we stand, the presidential aspirant said he would stand in partnership with the state to defeat poverty, hunger, banditry and violence.

“Katsina has many dams. We will work with the state to reticulate them. We will do this to combat irrigation. Katsina has the resources to be an industrial hub, to be a centre for industrialisation and prosperity. ” he said.

Tinubu urged the delegates to support him to win the party’s nomination at the end of the month and be elected president in February next year.

“Anybody can contest. Not anybody has what it takes to be president. I have the vision, the passion, the capacity and the competence to deliver for the country,” he told the delegates.

Praying for the continued success of President Muhammadu Buhari’s administration, he promised to support the president, a citizen of the state.

Governor Masari described Asíwájú Tinubu as a cosmopolitan leader, detribalised politician, bridge-builder and uncommon unifier who brought many diverse people into the public limelight by appointing them into his cabinet as governor of Lagos State notwithstanding their states of origin.

The APC chairman in the state pledged the support of the delegates for Tinubu, saying having supported our son, President Buhari, to win the presidency in 2015 and 2019, “we will support you too for 2023.

Former governor of Borno State, Senator Kashim Shettima, who joined Tinubu on the visit to Katsina, said he was backing the APC leader not for political convenience, but because of moral imperatives.

He said Asiwaju Tinubu in the past created a political party, Action Congress, which he offered to former Vice President Atiku Abubakar to contest for presidency in 2007 when Atiku was harassed and hounded out of the Peoples Democratic Party.

Shettima added: “Asiwaju did the same for Mallam Nuhu Ribadu in 2011. He also supported President Buhari to win in 2015 after he had tried thrice to be president. The reward for goodness is goodness, they say.”