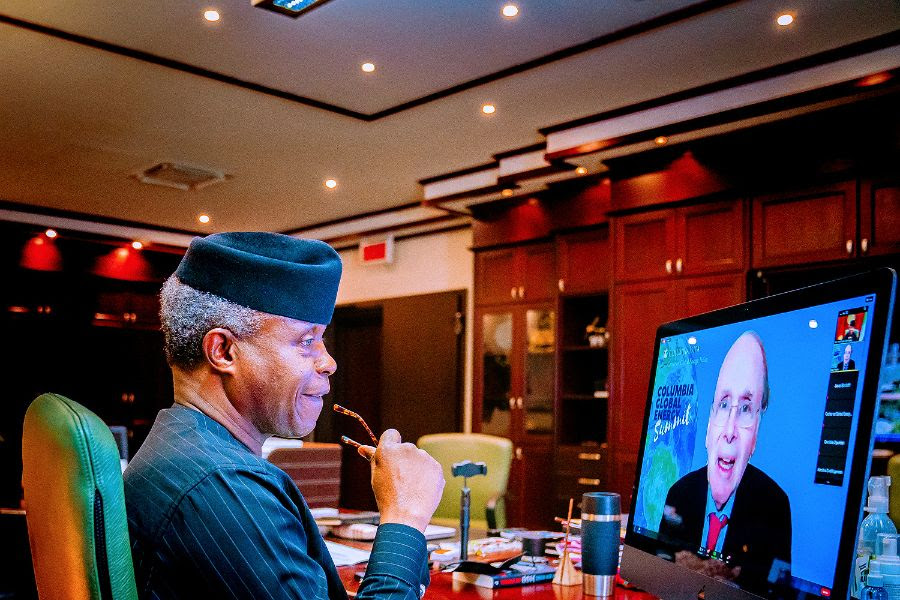 While investments in fossils are being sustained in wealthier countries, banning gas investments in developing nations raises questions around equity, justice, and inclusion as the global community approaches the Net-zero emission target of 2050.

Therefore, a just, equitable, and inclusive global energy transition especially for developing economies is an imperative. 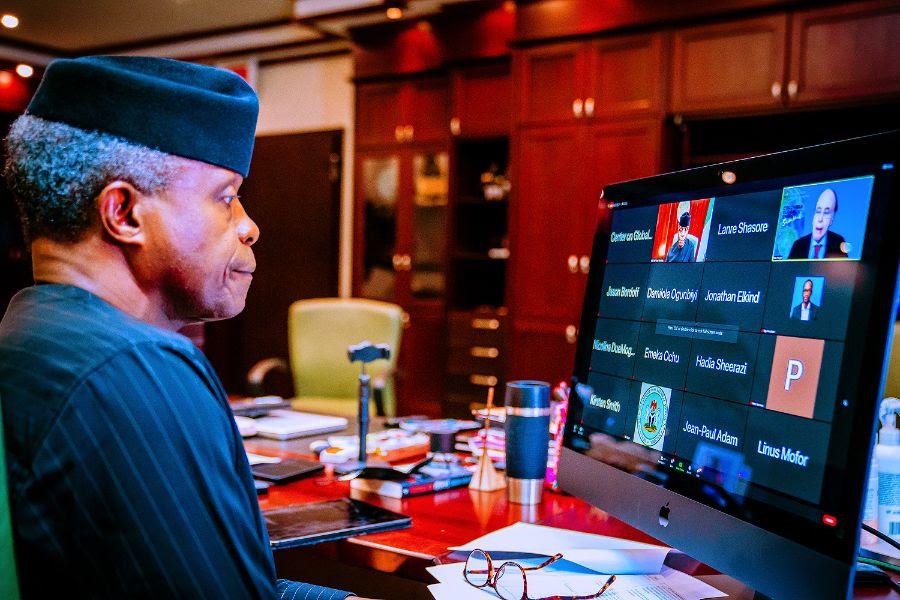 Those were the views expressed by Vice President Yemi Osinbajo, SAN, in his keynote speech today at the 7th Annual New York-based Columbia University Global Energy Summit organized by the Columbia Centre on Global Energy Policy. 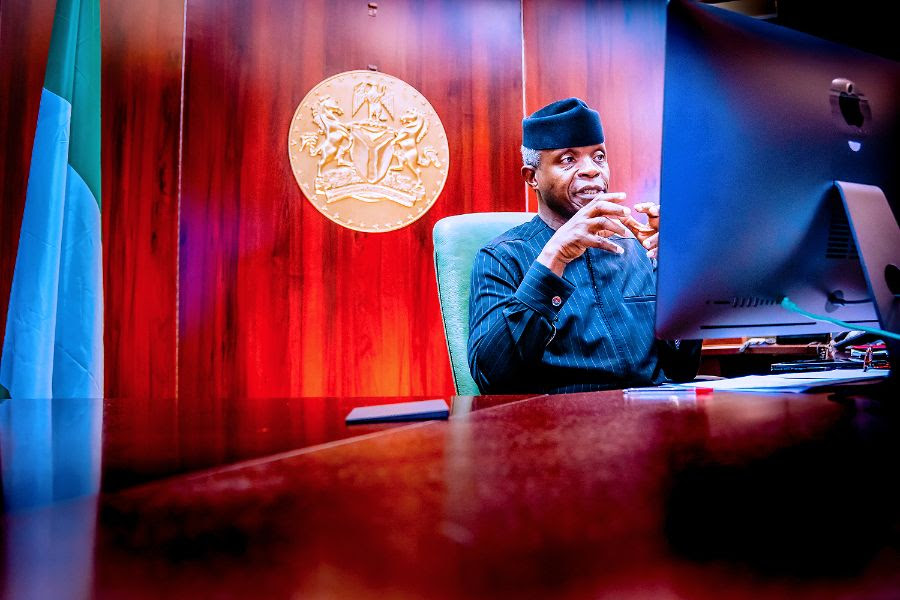 This year’s edition which held virtually, focused on shaping current energy system, what is ahead for energy policy, energy markets, geopolitics, technology, and efforts to reduce emissions while addressing climate change .

According to Prof. Osinbajo, “the global energy transition must be inclusive, equitable and just, taking into account the different realities of various economies and accommodating various pathways to net-zero by 2050.

“Nigeria and countries across Africa are committed to a net-zero future, especially given their vulnerability to the adverse effects of climate change , and all have expressed commitment to their national development contributions under the Paris Agreement, however greater support in developing and implementing robust energy transition plans is needed.

“Clearly the Continent will require an unprecedented scale of investments. An energy mix compatible with a 1.5°C pathway would require $40 billion to flow into Sub-Saharan Africa annually; a fourfold increase compared to the $10 billion invested in 2018.”

The VP submitted “that a just energy transition for developing economies is central to the right to sustainable development and poverty eradication as enshrined in relevant global treaties including the Paris Agreement.

He then added with concern “ that globally, we are seeing wealthier nations and institutions banning all public investments in fossil, including natural gas. Examples include the European Union (EU), the United Kingdom (UK) and Denmark to name a few, as well as specific institutions such as the Swedfund from Sweden, CDC from the UK, the European Investment Bank, and the Investment Fund for Developing Countries from Denmark.”

In a clear advocacy for a fairer approach, the VP said, “an inclusive and equitable transition will also take into account the principles of common but differentiated responsibility and leaving no one behind, that are enshrined into global treaties around sustainable development and climate action.”

Speaking on the Nigerian context, Prof. Osinbajo noted that “it means building sustainability into our economic planning, and so we have developed an Economic Sustainability Plan, which includes our flagship “Solar Power Naija” programme aiming to electrify 5 million households and 25 million people by 2023 leveraging solar mini-grids and stand-alone systems. We believe in the potential of off-grid renewables to close the energy deficit in Nigeria and across Africa.”

“But we also look to developed countries, the private sector, and development agencies to recognise the potential that a just and clean energy transition can bring to the development of our continent and other developing regions.

“We hope to work jointly towards common goals including the market and environmental opportunity presented by the financing of clean energy assets in growing energy markets,” the Vice President explained.

Making a case for justice, social justice, and fairness, the VP said “what is often not sufficiently considered in thinking through the transition to net-zero emissions is the critical role that energy, in our case, gas plays in catalyzing economic development and supporting people’s health and livelihoods, especially in poorer countries.

“Natural gas is currently used for industry, fertilizer manufacturing, and cooking – which are more difficult to transition than power generation.”

On the access element of the energy transition, the Vice President explained that “it must be linked with the emission reduction aspect.”

He noted that “pathways to reaching net-zero by 2050 have to include first ending energy poverty by 2030. If energy access issues are left unaddressed, we will continue to see growing energy demand being addressed with high polluting and deforesting fuels such as diesel, kerosene, and firewood.

On her part, the CEO and Special Representative of the UN Secretary-General for Sustainable Energy for All and Co-Chair of UN-Energy, Mrs Damilola Ogunbiyi, said the funding of projects that will guarantee cleaner energy sources will be critical to the attainment of net-zero by 2050.

Earlier in his opening remarks, the Founding Director of the Center on Global Energy Policy at Columbia University, Prof. Jason Bordoff said the annual gathering of energy experts is part of the contributions by the Centre in addressing pressing energy issues and expressed delight in having the Vice President share perspectives at the 2021 summit.

Other participants at the summit include American energy expert and Vice Chairman of IHS Markit, Daniel Yergin, who moderated a fireside chat with the Vice President after his keynote address, and Ms Caitlin Norfleet, the Event Manager of the Center on Global Energy Policy, among others.