Why I defected to Oyo PDP from APC—- Joseph Tegbe 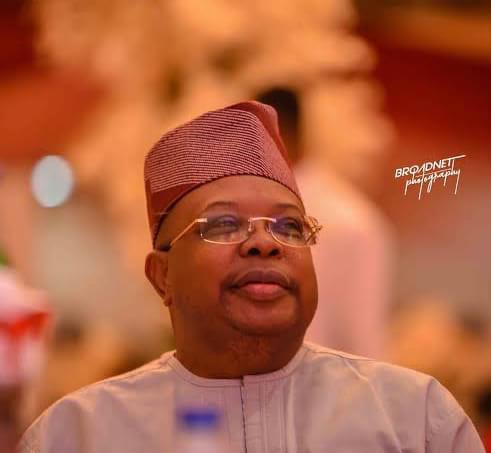 Why I defected to Oyo PDP form APC—- Joseph Tegbe

A  governorship aspirant on the platform of the All Progressives Congress (APC) in Oyo State, Engineer Joseph Tegbe has given reasons why he left the party for the Peoples Democratic Party (PDP) in the State.

Engineer Tegbe, a top contender for the 2018 governorship ticket and chieftain of the APC whose defection has sent shock waves to the APC fold, said he left the party that brought him to limelight due to the crisis in State APC which he said was further fuelled by the national leadership of the party, who he accused of supporting the minority in hijacking the party structure contrary to the desire of the majority.

A statement from Tegbe who is believed would be contesting for the Oyo Central Senatorial seat on the platform of his new partyand addressed to APC members in Oyo State reads:

“Many years ago, I made a commitment to always contribute to the development of our society in whatever God-given capacity. In 2018, after serving government in different non-political capacities, I offered to serve Oyo state as Governor, on the platform of the All Progressive Congress(APC). This decision was based on my commitment to offering my wealth of experience to the entrenchment of good governance and development in our dear state.

“Though I was a frontrunner in the 2018 campaign, I agreed to step down as a team player and continued to make my contribution to the party. Unfortunately the recent developments in the Oyo APC has become worrisome. We watched a minority hijack the party structure, backed by some powers at the top. We saw congress results, democratically agreed at Ward and LG level being altered to favour this minority group. Efforts to make the National Leadership of the party see reasons have yielded no fruits. A house divided against itself can not stand.

“After careful consideration and deliberation with my support groups, I have resigned my membership in APC. Thank you for your understanding”