A Year Without Akanji’s Alluring Aura 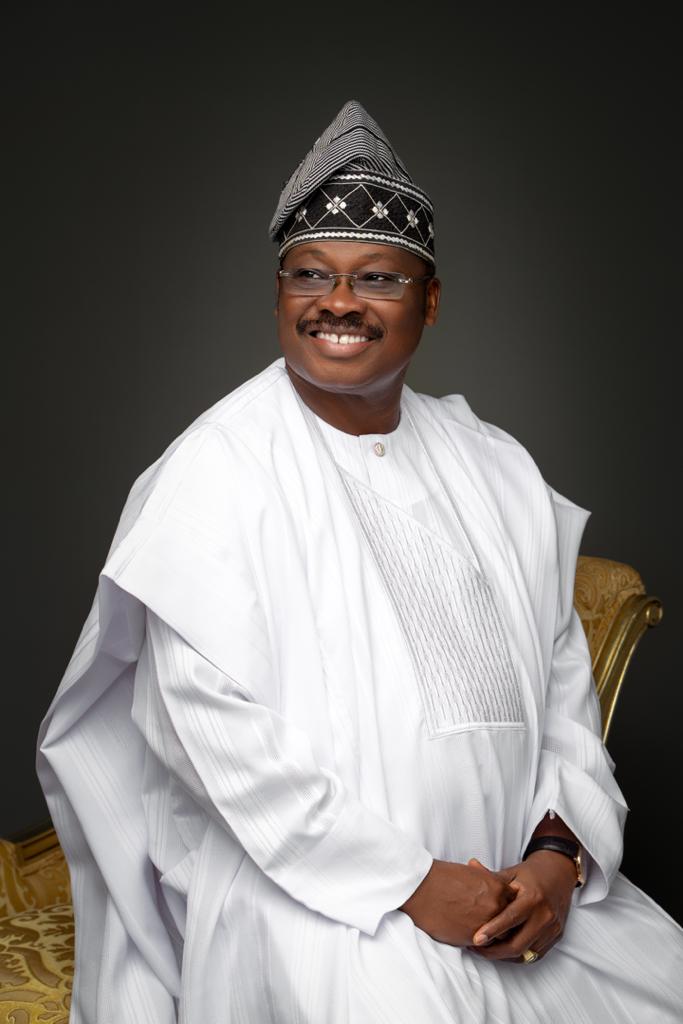 On Thursday, 25th June, 2020, the news of the death of the first former two-time governor of Oyo state, Senator Isiaq Abiola Ajimobi shook the world to its foundation. Today, Friday, 25th June, 2021, makes it exactly a year that the mercurial man of unmistakable charisma left for the great beyond. His death was, perhaps, the only event which shoved apprehensions arising from Covid-19 aside despite that he was said to have succumbed to death by complications from coronavirus.

Agboluaje’s bona fide seed
Agboluaje who was envious of money with the white
An early caller who built house at Oja Oba.

How does one begin to pen lyrical dirge to mourn Abiola’s triumphant passing? Were SAB Agbajelola to be alive at Abiola Ajimobi’s death, despite that the former was older than the latter even as Ibadan kinsmen, SAB would have eulogized Adeyemi like he should rise from death. Just like when Sikiru Ayinde dared death when he waxed lyrical to mourn that mercurial midfielder, Muda Lawal, addressing death thus:

Who’s death chasing about?
Who’s death making cringe with fear?
Who’s the grim reaper threatening?
Since there’s no medicine to stop death
When it’s time it’s time’, SAB would have questioned death on why it took Archipelago’s soul away. ‘Why can’t you reject this errand?’ SAB would have rhetorically asked death.

This minute, Ayinde would have made musically sombre sound out of Ajimobi’s dirge. Next minute, Barry Wonder would have turned drumbeats of dirge to something danceable as he did to bring Simbiat Abiola’s musical dirge to a danceable end. Barrister would chant Abiola Ajimobi’s panegyrics from his paternal and maternal sides. Sikiru Ayinde Barrister was the only indigenous philosophical musician who could do justice to sing Ajimobi’s praises in death. But both were dead! May heavens continue to be pleasant to the two Ibadan brothers!

Abiola Ajimobi was a man of astounding history. He lived life to the fullest and he made exceedingly huge impacts in life. He was Ibadan in soul and in deed. A master of on-the-spot scathing responses, Abiola seemed to have a pouch of biting utterances characteristic of Ibadan where we won’t return home to borrow responses. He was without doubt a reincarnation of the ancient Ibadan warriors who were not afraid to fight. Adeyemi Ajimobi was never afraid to fight and he wouldn’t indulge in guilty fights (ìjà èbi).

In cosmopolitanism, in decency, in meticulousness, in neatness, in grace, in candour, in merit and impeccability, Ajimobi did not have equals. All these reflected not only in his private life but also in his public life.

Having reached the apex of his professional career, retiring as the MD/CEO of National Oil, Abiola Ajimobi joined politics, though he had been a financial sponsor of Alliance for Democracy, a party which had political heavyweights like late Chief Bola Ige, late Alhaji Lamidi Adesina and others. As a senator, Senator Ajimobi made giant strides both in his legislative duties and empowerment programmes for the people he represented. As a governor, Ibadan and indeed, Oyo state, had it so excellently.

It’s worth recalling that for the first time in Oyo state, Senator Ajimobi organised state burial for late Olubadan Odulana Odugade. The burial ceremony for the late monarch was grand! When Chief Azeez Arisekola Alao died, it was Abiola Ajimobi as the governor who gave the late philanthropist a befittingly state burial. When the present Olubadan of Ibadan, Oba Saliu Adetunji, Ogungunniso 1, was to be coronated, a coronation ceremony never organized before in the history of Ibadan was put together by Senator Abiola Ajimobi as the governor of the state. The coronation was attended by who-is-who across Nigeria and beyond! The first and the last fundraising event organised to raise funds for the completion of the new Olubadan’s palace was at the instance of late Governor Ajimobi who personally donated huge sums of money. Asiwaju Bola Ahmed Tinubu donated 50million naira on that day!

Though Abiola Ajimobi died a fulfilled man, he died at the time when Oyo state in particular and Nigeria in general needed his wealth of wisdom, intelligence and acumen. However, in his eternal absence, his masterpiece of nature, Dr (Mrs) Florence Ajimobi, has competently filled the huge space left by her ever lovely husband. A year after his death, Senator Ajimobi is still being celebrated by his numerous admirers and those who have been impacted positively by his grace and generosity.

As the Yoruba would say, it’s when we die that we become a statue; that we aren’t valuable alive. But in the case of late former Governor Abiola Ajimobi, he was valuable while alive as he’s more valuable in death.

May Allah overlook Ajimobi’s sins and shortcomings and grant him eternal bliss in his grave and in Allah’s Paradise.