A total of 1,036 individuals and corporates that recorded losses during the recent #EndSARS protests across the country have lodged claims through 14 insurance companies; 667 of the claimants are from Lagos, NIKE POPOOLA reports

Fourteen insurance companies will pay about N9.7bn claims to different customers that suffered losses from the lootings and destructions that marred the #EndSARS protests in the country in October, investigation has revealed.

Weeks after the saga, some insured customers who suffered losses had been paid their claims while other reported losses were still being investigated. 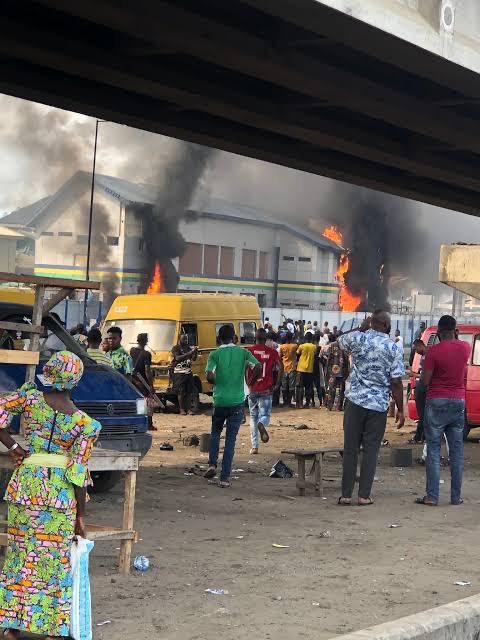 The Director-General, Nigerian Insurers Association, Mrs Yetunde Ilori, said the insurance companies were responding to the claims of their customers.

She said the association was already collating the claims from the losses.

Giving details of the collated figures, she said, “As of Saturday, only 14 insurance companies have given us information.

“The total loss that people have lodged through the companies is N9.7bn. There are companies with higher claims who carried majority of the claims.

About 1,036 claims have been lodged across the country with most of them coming from Lagos which is 667.

“About N7bn reserves was prepared by the 14 insurance companies to settle the claims.”

The Chairman, Boff & Company Brokers Limited, Chief Babajide Olatunde-Agbeja, confirmed payment of claims by the insurance companies to his clients.

He said his company had three clients who suffered losses from the protests but had been paid their claims by insurance companies.

Olatunde-Agbeja said, “There are three medium-sized claims which all have been promptly paid.

“One was a pharmacist shop; one was a shop selling mobile phones in Surulere that was completely looted and claims paid in full.

“The insurance industry is getting better, slowly but surely.”

More than 30 branches of some of the banks were torched in the protests, according to insurers.

The Managing Director, Law Union & Rock Insurance Plc, Mr Ademayowa Adeduro, who spoke on the company’s response to the #EndSARS claims, said it had issued discharge vouchers to some of the claimants.

He explained that this was like a promissory note and once the claimants returned the discharge vouchers, the claims would be paid immediately.

According to him, the company was yet to conclude some of the claims process as this was based on the limit and conditions on the policies.

“In Law Union & Rock alone, we collated about N2bn claims. It may come lower or close to that because we used the sum insured as rough estimates but when loss adjusters get there, they will adjust the claims.”

Explaining how the claims process works, he said, “If your property is N1bn and you insure for N500m, it means you have short-changed it by 50 per cent, which means your claims will be adjusted in that manner. That is how insurance works.”

He said it would take time to compile all the claims from the #EndSARS protests because they were still being adjusted.

Musa, who is also the group managing director of Cornerstone Insurance Plc, said the company was estimating to pay about N2bn on the claims.

He said, “Based on the model that we ran, it could be up to N2bn. Obviously, we will expect the major part of it to be recoverable from reinsurers.

Initially when you get an estimate, you have to go through the adjustment process before you know the full amount.

“A number of the major businesses that have been widely reported are insured.

“The figure keeps changing as loss adjusters come up with figures.”

He said NEM also had collated the estimated figures it was expected to pay from the claims.

The Managing Director, SUNU Assurances Nigeria Plc, Mr Samuel Ogbodu, said the company had already paid some claims, most of which were not huge as investigations on them were promptly completed.

He said, “There are claims of N1m, N2m that are not much that we settled just like other small claims.

“Some heavy claims are from policies that we did not lead the consortium. We took a portion of some of the huge claims.”

By the end of 2020, he said, the company would come up with its estimated claims figure.

The Managing Director, FBN General Insurance, Mr Bode Opadokun, said the claims that the industry recorded from COVID-19 was minimal compared to what it was seeing from #EndSARS.

Due to the low claims profile from the pandemic, he said, the company gave palliatives in form of discounts to its motor insurance customers during the year.

Speaking on the company’s #EndSARS claims, he said, “Our estimates may be about N1.4bn and N1.5bn gross claims including reinsurance claims.”

A former President, Institute of Loss Adjusters of Nigeria, Mr Femi Hassan, noted that it was the duty of loss adjusters to investigate claims from losses, to conclude the exact amount the insurers would pay the claimants.

He said the industry could not yet produce the total claims figure as many of the major claims were still being adjusted.

Hassan said, “They are still investigating. It is not an easy knot to crack at all because most of my colleagues that are involved in investigating these claims have not reached conclusive stage.”

According to him, many small businesses had insurance but did not have extension for Strike, Riot and Civil Commotion that could entitle them to claims from losses from the protests.

Explaining the SRCC, he said, “It is standard exclusion especially in the fire, burglary covers, so the few with the extension are the ones that will benefit from RSCC.”

Before the #EndSARS saga, he said many customers were usually reluctant to take the SRCC as they felt it was like giving insurers money.

But those who were experienced and those who the insurance brokers were able to convince often took the cover, he said.