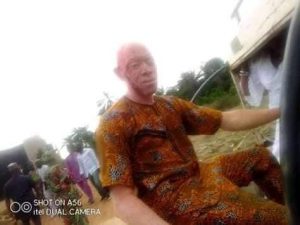 Two Factions of the ruling Peoples Democratic Party (PDP) in Oyo State were at war during the swearing-in of new council executives in Akinyele South LCDA, Ibadan. 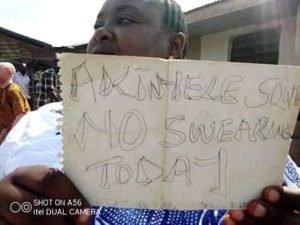 The fight began between one Mr. Femi Olowokere who belongs to the faction of the Caretaker Chairman and Mrs. Aolat Kolapo who is the Women Leader of the party in the local government.

This fracas was reported to be as a result of the manipulation that greeted the selection of council caretaker executives a few months ago.

According to an eye witness, Mr. Femi was said to have harassed Mrs. Aolat who was about to be sworn in as a member of the executive council by tearing her cloth before she retaliated.

“It was Mr. Femi who make the move to harass the women leader. In fact, he tore her cloth and went further to disconnect her bra.

“While Mrs. Aolat was trying to save herself, they both fell inside the gutter where she laid her hand on a stone and used it on Mr. Femi before the police came to their rescue’ The witness said.