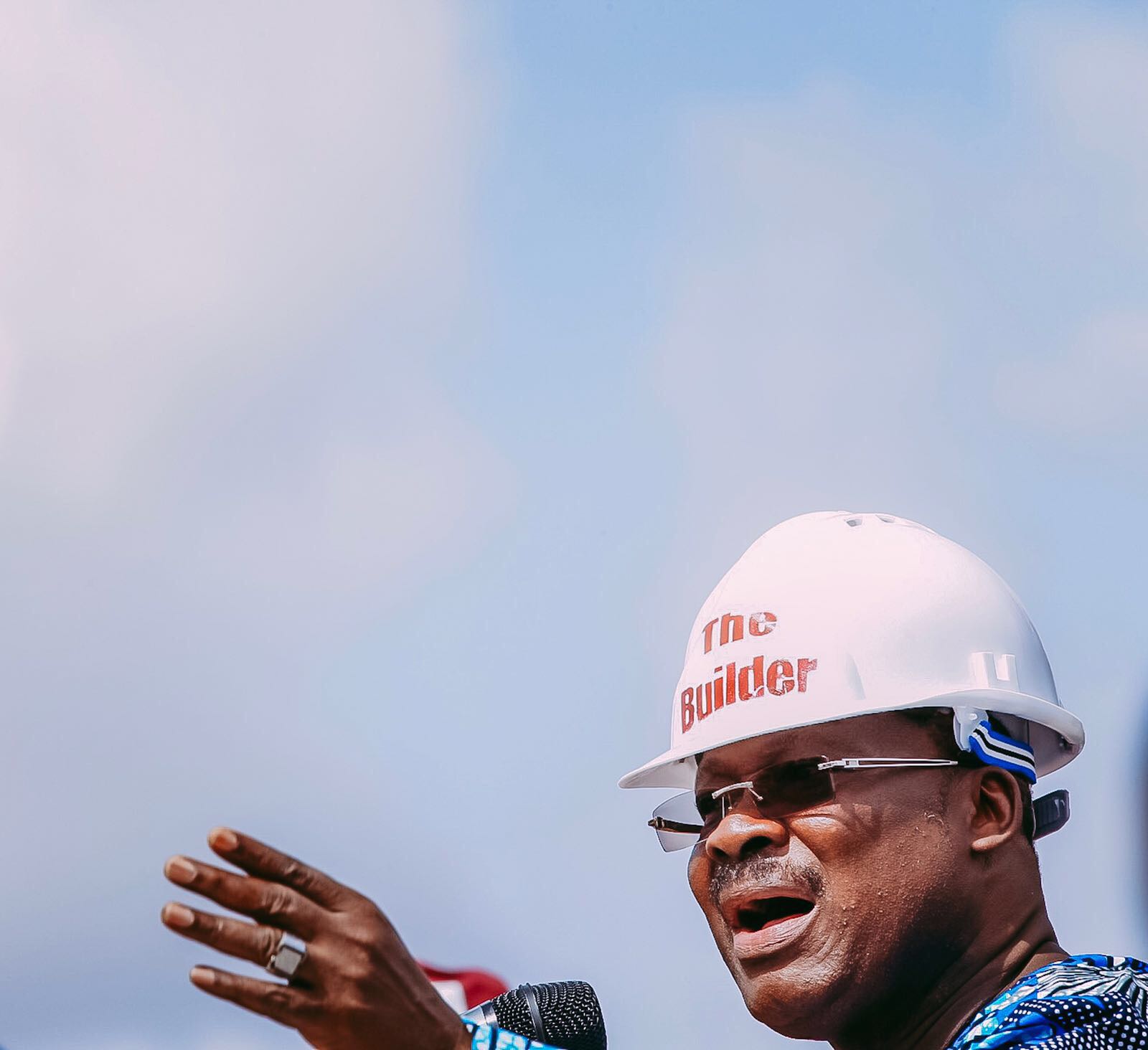 Why did I unearth the above fact this morning? It’s about the controversy surrounding the appellation of ‘the father of the modern Oyo state’ given to late Senator Abiola Ajimobi by those who think he laid essential foundations for good governance, aiming at placing the state on a path to modernity. On the contrary, other people think there’s nothing modern about the present Oyo state and that calling Abiola Ajimobi such an appellation is a loyalty and sycophancy taken too far. I may be accused of hiding mischief in this piece if I refuse to accede that those stating that Ajimobi is not deserving of the appellation marshal good points to support their rejection. Chief among their points of arguments is that there’s nothing modern about the present Oyo state.

Issues like these are about perception fuelled by sentiments of partisanship, and maybe, of love and hate for actors concerned. So, I won’t care a hoot that my intervention here may most likely be termed perception from the point of partisanship, or of love for Ajimobi. I am more concerned about chronicling efforts at entrenching modernity in the state by the late governor.

Senator Abiola Ajimobi took over the reins of leadership of the state in 2011, meeting a state enmeshed in brigandages of violence, chaos and dirtiness. Oyo state was the first in every vice that can ail a state. The violence that plagued the state then was a replica of the conflagration the western region went through during the politics of archaism of the 50s. By sheer political will and commensurate action, Senator Ajimobi restored the state to a state of modern security as the citizens of the state began to sleep with their two eyes closed. Bank robberies that used to characterize the nooks and cranny of the state became a thing of the past. Motor parks which used to be deadly hideouts became safe havens for motorists, passengers and touts.

Since 1999 when Nigeria returned to civil rule, four governors had ruled Oyo state, excluding Gov Seyi Makinde who is in the saddle at present. During the times of Governors Lam Adesina, Rashidi Ladoja and Alao-Akala, projects across the state were being funded solely by the state. But it was Abiola Ajimobi who introduced the modern system of Public-Private-Partnership to project implementations in Oyo state. The establishment of The Technical University is one of the gains of PPP and also a product of modernity. As we speak, the PPP nature of The Technical University ensures that the state is not involved in the funding and running of the specialized institution after the initial investment of putting the physical and abstract structures in place.

Abiola Ajimobi it was who tried to talk traders in the state out of roadside trading. He capped his talks up by building modern neighborhood markets as obtained in other climes of modernity abroad. If the late governor was not successful in driving the traders away from the street, courtesy of the politics of bitterness by the opposition, at least, he would always be remembered as being successful in building the modern neighborhood markets. Since the present government of Seyi Makinde prefers to have easy access to the traders by the roadsides whenever he’s pressed to eat ‘boli’, major roads in the state keep brimming with traders and their wares, fighting for space on the roads with motorists.

In modern states, developments begin from cities not from remote villages. Realising this, late Governor Ajimobi embarked on beautifications of major roads, leading to the state. From Lagos-Ibadan expressway, you come into the capital city through a well-tarred, dualized and illuminated roads.

The list of what the late governor had done to bring the state to a path of modernity is not exhaustive. Touting him as ‘the father of the modern Oyo state’ does not mean he turned the state to an Eldorado. He was deserving of the appellation because he had been seen to have laid a template for the state to begin to climb the stairs of modernity. Dubai is the modern state it is today because somebody laid the foundation and the vision was kept alive by successive administrators. One is confounded that the opponents of Ajimobi expected him to turn Oyo state to Dubai in eight years and with earnings fluctuating between more lowness and less highness occasioned by intermittent financial regression and depression. Since we prefer to stick to a minimum of four years and a maximum of eight years for governors and president in Nigeria, rapid growth and development will continue to elude us. How many years did it take for UAE/Dubai to astronomically increase revenues through tourism? 4/8years? How many years did it take UAE/Dubai to reach modernity? 4/8years? Does Dubai go cap in hand to UAE to get funds for development?

The point here is that Senator Abiola Ajimobi had created a path for Oyo state to reach modernity. The onus is now on succeeding governors to keep the vision alive by building on the foundation of modernity laid by the urbane gentleman. Senator Abiola Ajimobi must be feeling uncomfortable in his grave as he would watch in utter disappointment what his dear Ibadan and Oyo state have become since insecurities of dirtiness, chaos, violence, killing, robbery and traffic congestion have returned to our state.

Like Hippocrates, who laid the foundation for the modernity that medicine has embraced, Senator Abiola Ajimobi also created a solid template of modernity for successive governors to follow in taking the state to a greater heights of modernity.

And, to conclude, what made and is still making Abiola Ajimobi tick even in death that his political followers and public-spirited individuals continue to stay loyal to him? Talking of sycophancy, it’s understandable that one would be accused of sycophancy when Ajimobi was around. After all, the aim of sycophancy is to get goodies in return. Is it still sycophancy that some people choose to stand by him and defend his policies even in death when he’s no longer around to reward sycophancy?