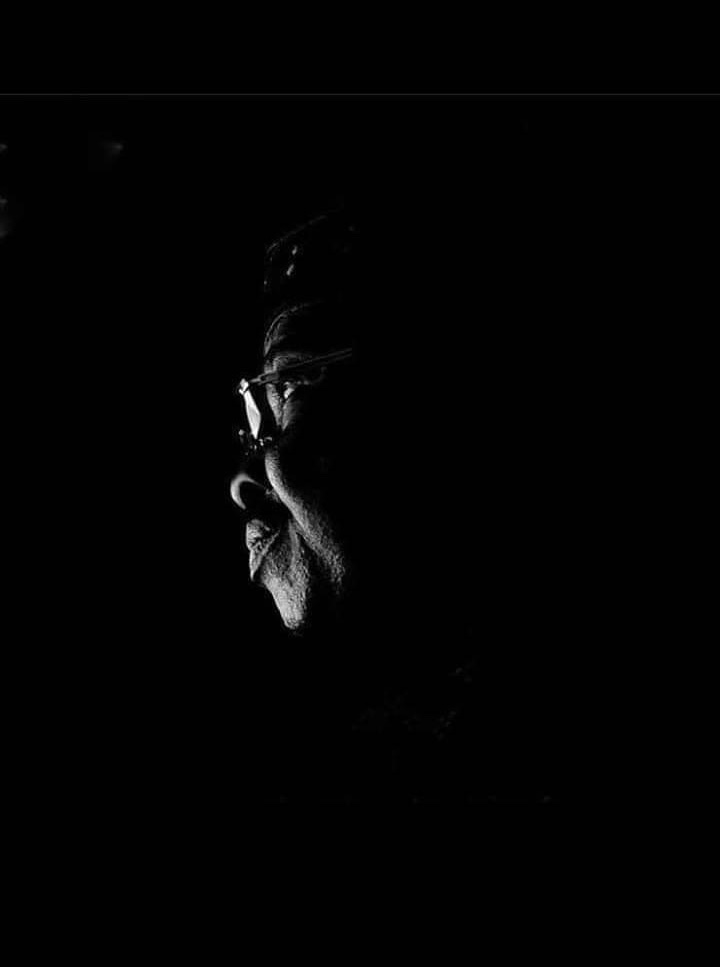 Today, Thursday, July 16 makes it precisely three weeks that my boss and former Governor of Oyo State and the Deputy National Chairman, (South) of the All Progressives Congress, Senator Abiola Ajimobi transited to eternity.

It is a reality that many of us that had been close to him are still trying to come to terms with. If anyone had said it would end, just like that, so suddenly, we would have laughed that away, not because he was not old enough at 70 being the biblically allotted time, people have died even at ages below that. Not because he had not fulfilled his dreams, aspirations and had left worthy legacies, but because of the unexpectedness of the occurrence. Not even an inkling. Even while he was sick, one felt it was just a temporary setback that he would eventually overcome.

I have always believed God watches over the affairs of men, he determines their fate. He considers all factors before taking decisions on the life of the individual. Based on that premise that my boss still had a lot of assignments, he would eventually get up from his sick bed. And what were these assignments? He was the rallying point for the APC in Oyo State. As leader of the party in the State, he was in an unassailable position of acceptability to unify the different parts and he had already embarked on that task before the sad occurrence. In spite of the different factions in the State, he was acknowledged as the only acceptable person who could still tie all the loose ends of APC. His disposition also made him an acceptable choice for the national leadership position of the party. Most importantly, the position he held as Deputy National Chairman of the party was considered a major boost for the party and its loyalists in Oyo State, he was probably the second Ibadan person to hold such a preeminent position in party politics, the other being late Chief Meredith Adisa Akinloye who was chairman of the defunct National Party of Nigeria (NPN). A lot was expected from him by members of the party.

On Sunday, June 28, ‘HE’, as we all fondly called him, was committed to mother earth, like all mortals. The journey began that early morning from the TOS funeral home, Ikeja, Lagos. By some minutes after 9am, his remains  had arrived his Oluyole residence in a TOS funeral home Mercedes hearse, into the waiting arms of  Islamic clerics he held in regards. I know he especially had a soft spot for Sheik Muideen Bello. I recall that his last public appearance in Ibadan was with and at the instigation of Sheik Bello at the annual Splash FM Ramadan lecture. The Sheik was the guest lecturer while he was chairman of the event.

Prior to the event, he had said he would not be able to attend the lecture. Around the same time he had given me the task of drawing up a list of major radio stations in the State that had been promoting the Covid-19 protocol. He wanted to encourage them by defraying the cost of adverts and promo they had been putting on air. That was to be done after his return from the Abuja trip. That is another of his character that may not be too obvious to people-thoughtfulness and consideration.

As the hearse conveying his remains rolled into the street, it was met by wailing and tears by all that had gathered knowing his remains would arrive that morning. They had come to bid him farewell, it was a tearful farewell, indeed.  It was also when reality dawned on all that truly, the boss had passed on

Though he has transited into eternity, the people of Oyo State will also gradually start knowing his worth. He was not ordinary. He was a special being. He was gifted with the gift of the gab. His words were prophetic. A video had gone viral about how he spoke about death on many occasions, he was always quick to regale us either in public or private about his initial desire to be 70 years old because no male in his family had clocked that age. He said he now shifted that because on clocking that age, he was not yet done. He still spoke of this at his last public outing. No one knew his clock was on countdown. At his birthday in December, he said the same thing and furthered it by saying that no one should weep for him in death. He was probably being prescient knowing that his death would be a devastating blow to his many followers and mentees.

few weeks before he travelled, we had all sat down in the office discussing death and the thereafter. He had raised the topic. He wanted us to discuss what would happen after death. What happens to the soul? It was a robust debate with everyone contributing from the religious to the secular. He wondered why people were afraid of death, especially if you were a Muslim since you would be met at the gate of paradise by seven virgins. His conclusion was that fear of death is just the fear of the unknown.  He ended jocularly by saying he had the Quran on his side of the bed while there is also a Bible at the other side. ‘Which ever gives entry into paradise, I am covered’.

His love for Oyo State and the need to take governance to a higher level was important to him. He had always told that story of his desire. He would tell us of how he desired to be governor   whenever he was coming into Ibadan from Lagos, his prayer was always that God should make it possible in order for him to further develop the State. He was never satisfied by the fact of the nearness of Lagos to Ibadan which was not commensurate with the development in Oyo State. He was prepared for governance. With limited resources, he embarked on road constructions the likes of which had never been done by any administration in modern time. The roads were constructed to standards obtainable anywhere.

He gave Oyo State, especially Ibadan a new look as the political capital of the South West. He ensured that all access and exit of the major towns in Oyo State had dual carriage ways. He rightly deserved the sobriquet of the father of modern Oyo State, politics apart.

More importantly is his power of conviction. Once he is set on a course of action that he felt was the best, after the robust debates that accompany such, he would pursue that course of action to a logical conclusion irrespective of what anyone would say. He was fond of and believed so much in the quotation attributed to America’s former first lady, Rosalynn Carter, ‘a leader takes people where they want to go. A great leader takes people where they don’t necessarily want to go, but ought to be’. He was courageous and was never afraid to fight for his conviction. He once said, he would not mind to take up the whole of the city once he felt that course of action was right.

As the reality of his death dawns gradually, I will just say, Good night, Sir.

Previous Posts Combining My Accounting Degree And My Passion For Enhancing People’s Beauty ~ Akande Boluwatife Oluwatobi | Ti imza.
Next Posts I Want To Innovate On Use Of Aso-Oke, Fabrics, Others ~ Helidiiam CEO| Abeke Mercy Ejibunu